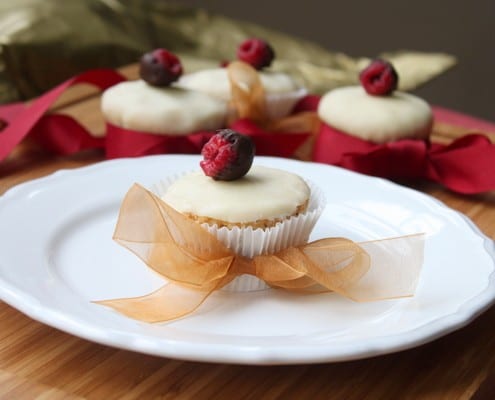 Itsy Bitsy Foodies turned two last week.  We celebrated with these almond poppy seed cupcakes, inspired by princess torte, a Swedish layer cake that is covered with marzipan.  My take on the cake incorporates the rich almond flavor {which happens to be one of my favorites!} into the cake and the frosting.  I used my family’s pound cake as the base, adding almond extract and poppy seeds.  I made an assortment of fillings, mixing and matching layers of almond buttercream frosting, raspberry filling and chocolate ganache.  Though I loved the cupcakes, this dessert could easily be transformed into a beautiful layer cake.

This 2nd year of itsy bitsy foodies was a big one.  Most notably, our itsy bitsy foodies family grew as we welcomed our second son into the family.  Though much of the past year has whizzed by in a sleepless blur, I have continued to tend to my other baby {itsy bitsy foodies}, cooking, playing with the camera and capturing our adventures in the kitchen.

Reflecting on the past year, maybe I didn’t post recipes as regularly as I would have hoped, or have as much to time to devote to mastering the technicalities of photography.  I have long lists of things I’ve cooked and photographed {just waiting to be featured on my blog}, other long lists for updates and improvements to the website, and a {never-ending} list of things I’d like to cook.   I gave all that I could give but there just wasn’t enough time in each day to check everything off my list.  My real babies and my family life took precedence.

But it hit me that I wouldn’t want it any other way.  Having too much to do in too little time signifies to me that my life is overflowing with joy.  I love the itsy bitsy hands reaching for the food as I try to photo it, the whir of blond hair running circles around the house and the kitchen, helping mash, stir, crack, whisk, beat, measure {and dump!}.  I love the new set of even littler hands that are now curiously getting into everything, forcing me to run in two directions.  I love the fact that my three-year old loves to cook and has a discerning taste, having developed this past year a love for sushi, specifically raw salmon {or orange fish, as he calls it} but currently suspicious of anything green.  I love all of the time we are able to spend together, both in and out of the kitchen.  For all of the above and more, I count my blessings every day.

Before I get swept up into another year, I wanted to pause and give thanks.  Thank you to my amazing family: my husband has given me unconditional support through all of this and he’s the best co-chef and co-taster I could possibly imagine having; my two sons, though they are not even aware, give me inspiration, make me laugh, give honest feedback on everything that I cook, and are the reason that I get up in the morning {even if it’s earlier than I’d like to!}; and, my parents, sister, nieces, sister-in-law, mother-in-law and the rest of my extended family, you have given me so much encouragement and hands-on help with many of my projects.  I cannot thank you enough.

Most of all, thank you, all of my dear readers, for your support.  During the moments when I felt like I was being pulled in all sorts of directions and the demands of mommyhood and having two little ones in tow made me step back and take a breather from the blogging world, you motivated me to hang in there.  Just when I didn’t think I could stay awake for another late-night blog editing session, your encouragement, comments and overall support inspired me to stick with it.  So I sincerely thank you.  And I look forward to seeing what this next year has in store for us.  And I guess it goes without saying that if you don’t hear from me for a while, I’m tending to my real babies and my family.  But you can bet that we’ll be in the kitchen, cooking up something new to share with you when the time is right. 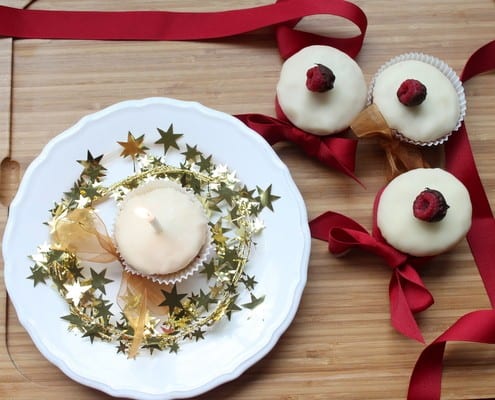 Cooking Within a Community: Lemon Curd