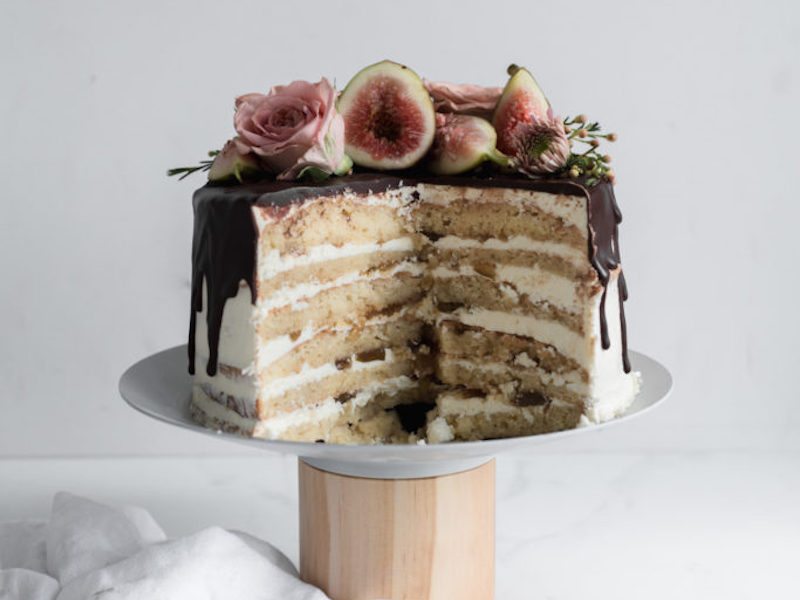 This tall almond and fig cake is soaked in amaretto syrup, layered with fig jam and orange blossom ricotta buttercream and finished with a robe of chocolate glaze. It is truly decadent. 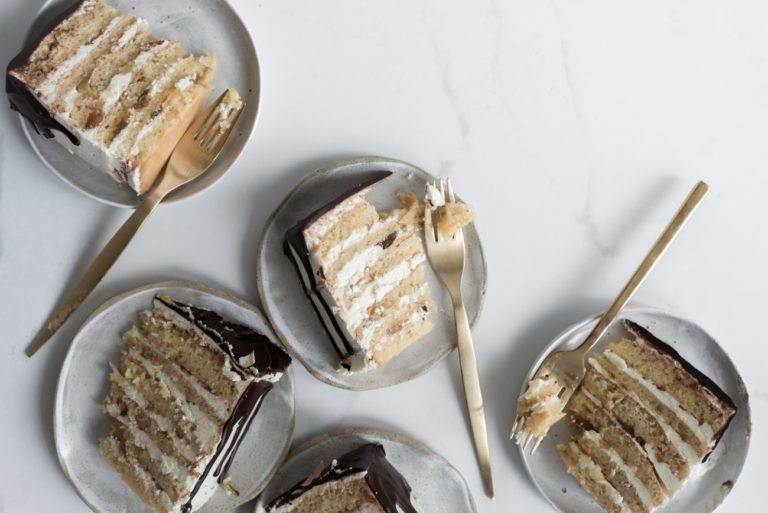 A Fig and Almond Layer Cake. Gluten-free. Still as good. It’s a cake that’s a little lighter. A little better for everyone. But nonetheless, still cake. In all its salacious exaltation. It’s a situation of six jaconde sponge cake layers. The use of jaconde instead of regular cake, a total saving grace. It’s feather-light. Aerated and almond flavoured. There’s a vanilla bean amaretto simple syrup to soak too. And a smothering of fig jam between. A sweetly scented orange blossom ricotta swiss meringue buttercream coats the entire cake. Kept thin, to reveal each solitary layer. The use of ricotta, a new incorporation I can’t be without. I don’t want to be without. And then there’s a dark chocolate drippy glaze to adorn. It’s total sacrilege to do the cake without it. Please, do the glaze. It’s a dream kind of cake. 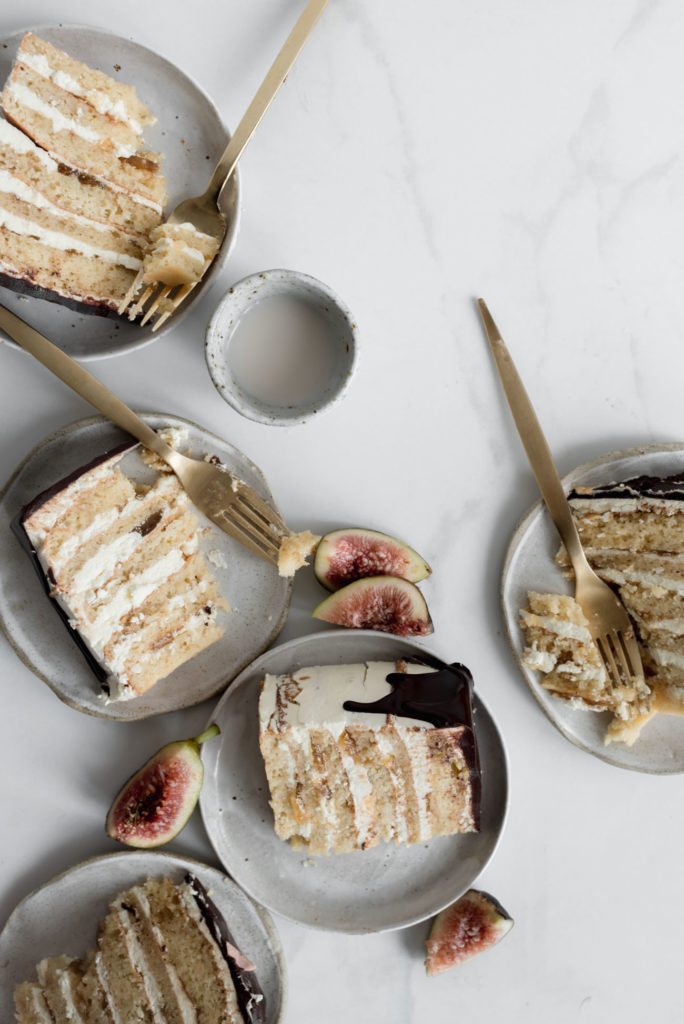 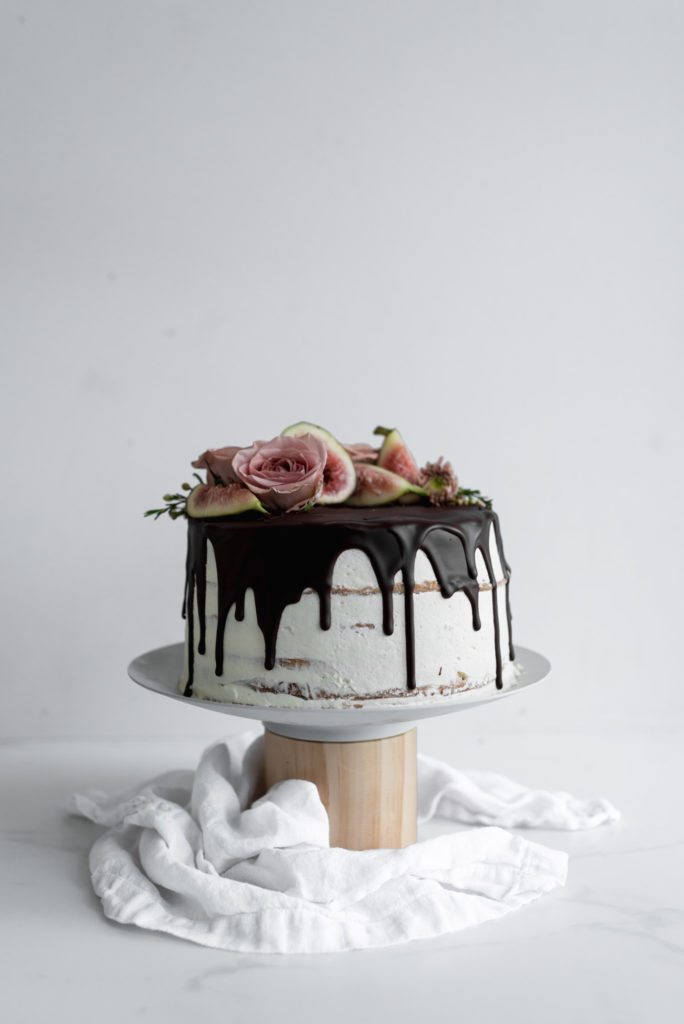 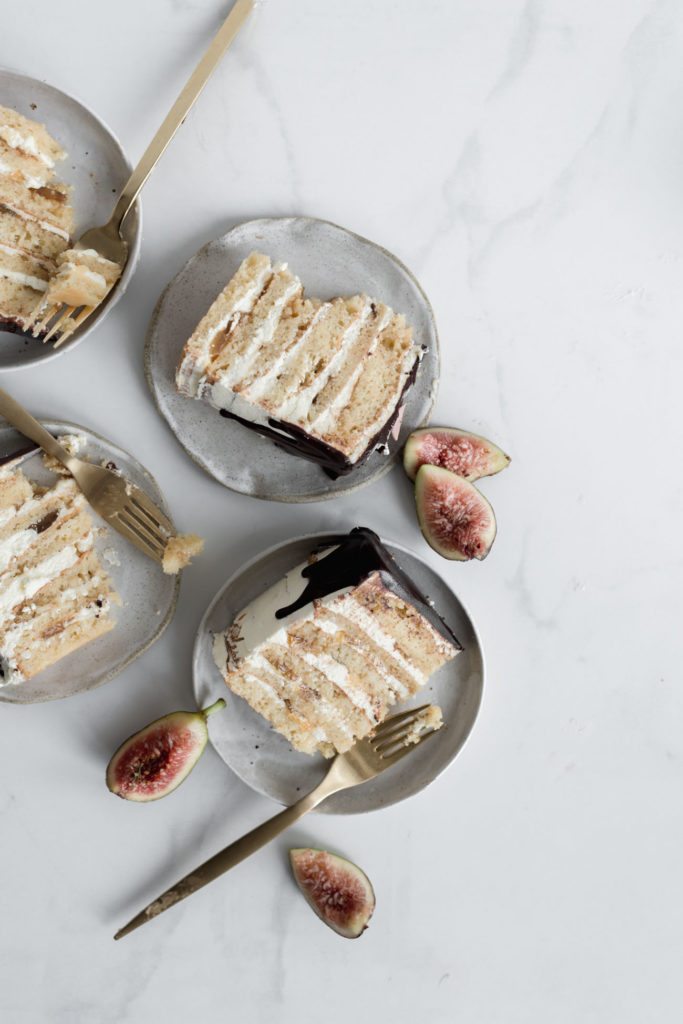 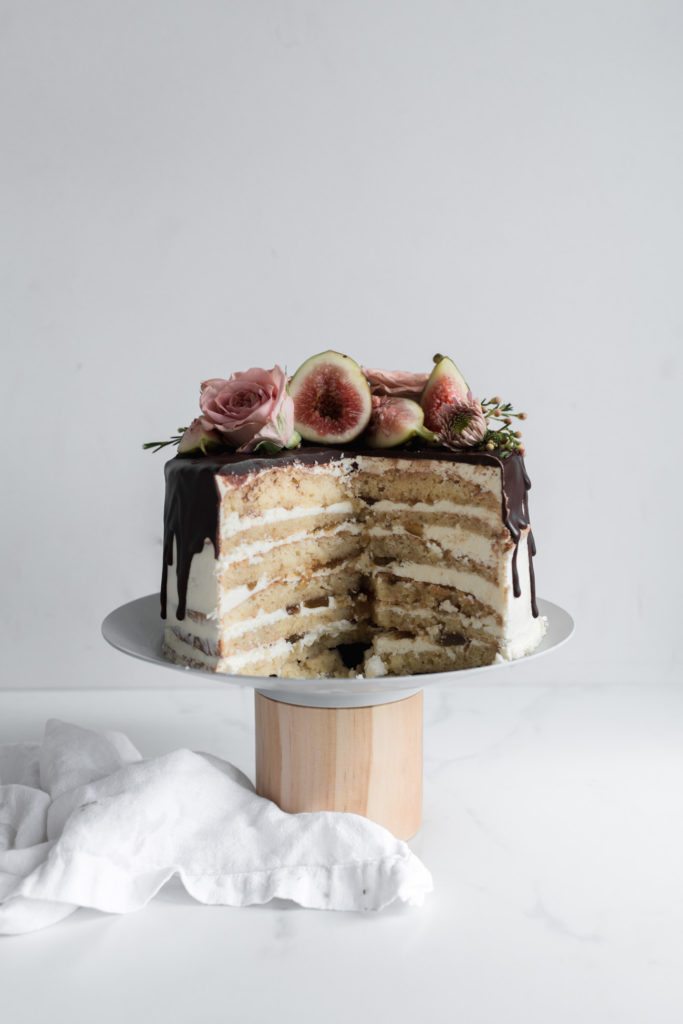 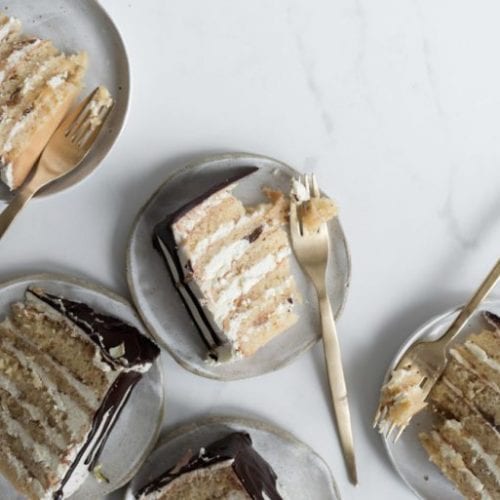