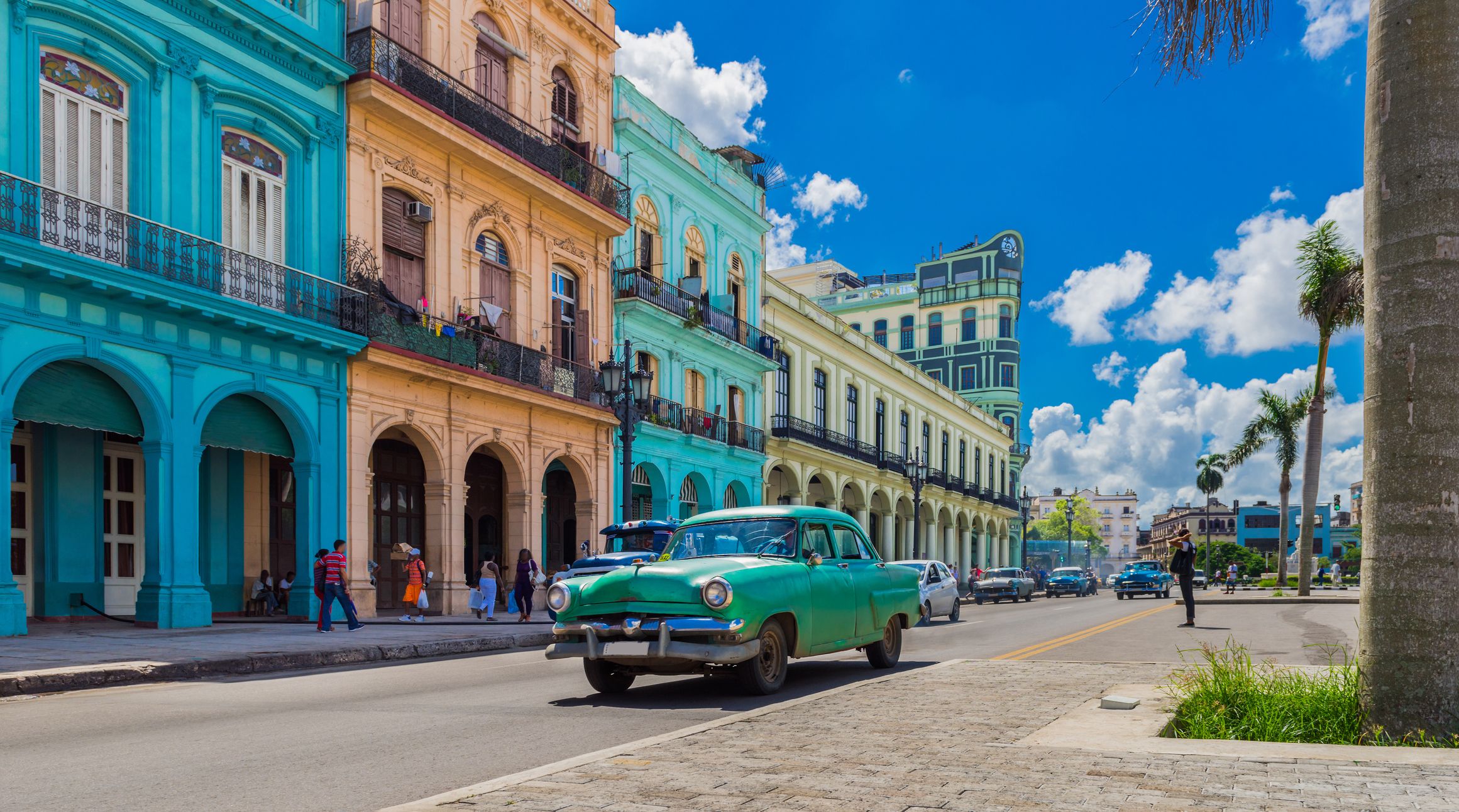 Let Janice Nieder take you through wild nights and wonderous days in Havana, Cuba – and you’ll realize why a visit to the island needs to go on your bucket list. 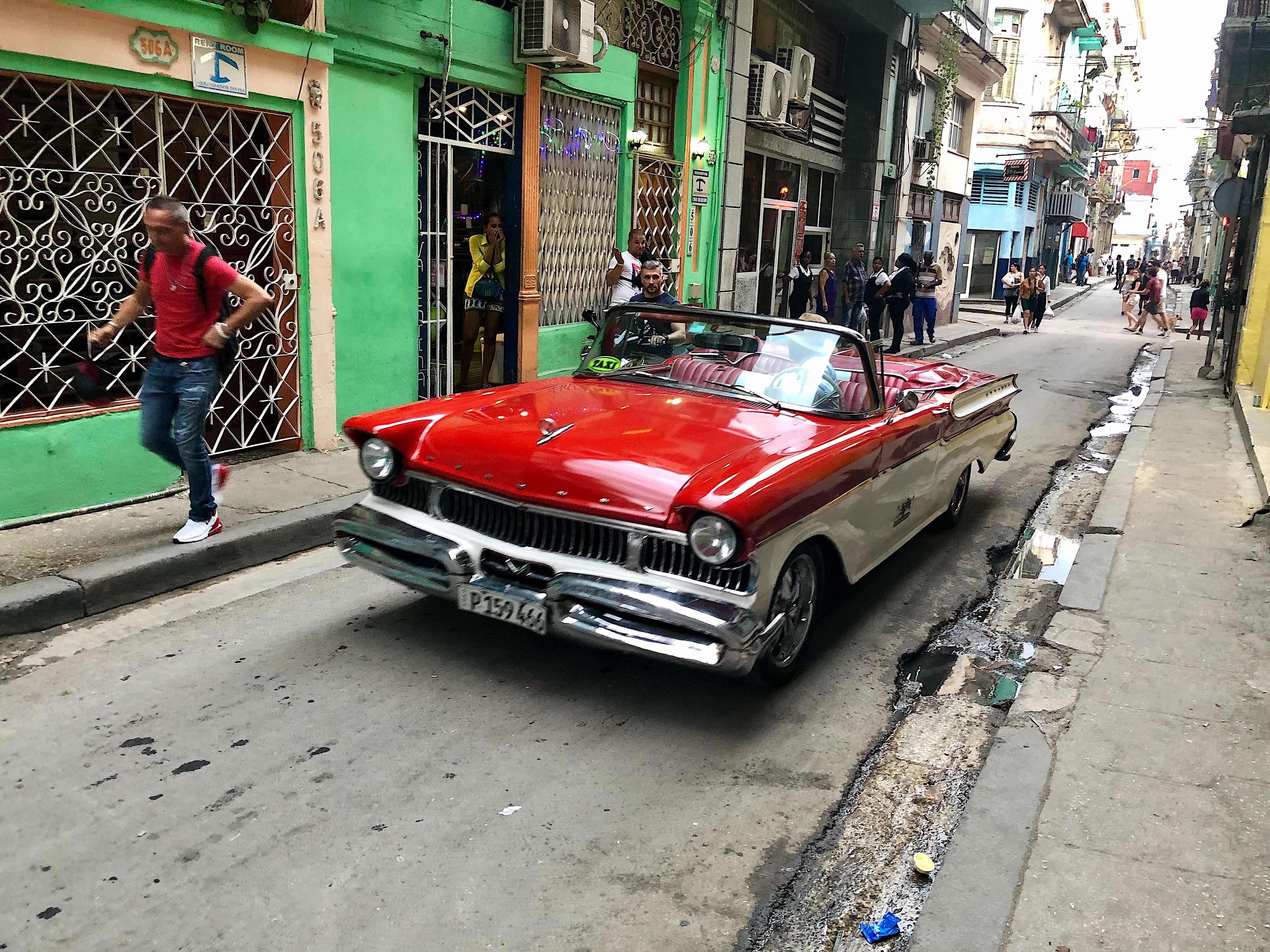 Full disclosure: I was only mildly excited about my first visit to Cuba. I think it was because most of the pictures I’ve seen were filled with swarms of Americans jumping cruise ships for the day, trying to look cool while leaning on a classic car, or puffing away on cigars while sporting a Fidel t-shirt, which all seemed a little tacky to me. Plus, as a foodie, it sounded like I would be living on rice, beans and rum, wash and repeat, which didn’t exactly thrill me.

Not so, my friends. The island of Cuba, with its pulsating rhythms, stunning landscape, atmospheric colonial mansions, evolving culinary revolution, and rich art heritage, will captivate you beyond belief. And the icing on the cake has to be the Cuban people: creative, exuberant, hospitable, and newly entrepreneurial with an ineffable spirit.

I was only on day two of my trip before I admitted that this San Franciscan left her heart in Havana. It was mainly because I put myself in the extremely capable hands of Cuba Private Travel, who showed me, along with five other international travelers, a side of the city that I would never have been able to tap into on my own.

Time for a word about Johnny Considine, the wonderfully crazy, Irish-born, proud CEO of Cuba Private Travel. Johnny, who happily resides in Havana, has over fifteen years of creating extraordinary bespoke experiences on the Caribbean island of Cuba.

With exquisite taste and a “little black book” brimming with contemporary artists, writers, dancers, fashion designers, and Cuba’s only Michelin-starred chef, Johnny has his finger on the wildly beating pulse of the hippest, most memorable places to stay, eat and visit.

While I was working on my DIY itinerary, the Trump administration rescinded the “people to people” educational exchange license for a confusing “support for the Cuban people” license. This was followed by a ban on flying to any Cuban airports except for Havana. *&^$#%^*!!!

After reading rave reviews about Cuba Private Travel in Forbes, the Financial Times, and The Telegraph, I decided to let Johnny and his superb team handle all my arrangements, including upscale private accommodations, transportation, obtaining the appropriate visa, and whisking me through customs as a V.IP. This proved to be one of the wisest decisions of my travel career!

P.S. Although Johnny doesn’t like to name-drop, I did manage to wrangle the names of a few other satisfied clients which include the CEO’s of both Twitter and Airbnb, Sir Ian McKellen, and ahem…a few “Royals.

Inside Tip: I’d suggest first reading through Cuba Private Travel’s offerings, just to get your juices flowing, and then pick and choose to your heart’s content, or add your own special interest requests. Trust me, you won’t be able to stump them! Tempting options include a Cuban-African safari (complete with Zebras, Ostriches and antelopes) or a blissful three-day catamaran sailing trip, where you can play castaway as you fish, dive, and explore hundreds of desert islands.

If you’re short on time but looking for something different, then I’d suggest an exotic luxury weekend in Havana, since it’s only a 75-minute flight from Miami.

On November 16, 2019, Havana celebrated its 500th birthday. This Grand Dame of the Caribbean has persevered against tremendous odds and is still standing proud. The good news about the recent “support for the Cuban people” category is that the much-needed American travel dollars are going to support ordinary Cubans, not the Cuban government. This is accomplished by staying in casa particulars (private homes- many of which are quite lavish) eating in private Cuban restaurants called “paladares” and focusing your daily experiences on local immersion–which honestly, what self-respecting traveler wouldn’t prefer?

A photographer’s dream come true, Havana, much like a Kardashian, simply doesn’t have a bad side! Day or night, the lighting is incredible and while some of the side streets may look a bit sketchy, it’s one of the safest cities in Latin America, with very little violent crime. When I spotted a quartet of locals hunched over a beaten up table, I immediately thought some big drug deal was going down. It turned out to be an equally serious game of dominoes, a Cuban national pastime.

On a guided walking tour through the shabby, not-so-chic, side of Old Havana, which was awarded UNESCO World Heritage status in 1982, we learned about Cuba’s revolutionary past.

In stark contrast, just one street over we saw upscale salons, organic markets and fancy pet stores, all signs of the current Cuban revolution, catering to the “new rich class”.

One utterly fascinating day was devoted to learning about Santeria”, an Afro-Cuban religion, which is widely practiced in Cuba. Many of my Hollywood misconceptions were dispelled after spending the morning with our Santeria guide, anthropologist, Elias Asself. Elias took us inside the house of a babalawo (a high priest) where we witnessed a private Santería ceremony, complete with smoke, chanting, and the beheading of a rooster, definitely a unique experience!

Next up was Callejon de Hamel, a surreal alley encased in a rainbow of Santeria street art, graffiti, murals and sculptures created by Cuban artist Salvador Gonzáles Escalona, who incorporates everything from bathtubs to pinwheels in his artworks. Try and get there Sunday at noon for the lively, pulsating rumba festival.

The next day we explored the food scene, led by Chef Diana, who candidly shared her insight on Cuban politics and daily life from a foodie perspective. Although both Diana and her hubbie have Ph.D.’s (hers is in nuclear engineering) they cannot support themselves on their salaries from teaching at the university, which only pays about $80/ month, hence they decided to supplement their income by opening Jibaro, a private restaurant.

Even shopping for food here is a unique experience- quite different from our one-stop supermarkets. Diana took us to some fruit and veggie markets loaded with colorful produce, with a preponderance of starch — sweet potatoes, yucca, beans and bananas. Then we darted into high end government stores selling luxury items such as milk, butter, and beef at exorbitant prices. Right next door we found corner bodegas that sold only the basics, such as rice, oil, beans, and sugar, which Cubans buy using their state-provided ration book.

Time for lunch at Jibaro (which means untamed) a fun, funky eatery where we gathered at the bar where the mixologist taught us how to make, unarguably, the world’s best mojito.

Inside tip: The secrets were using only sugarcane molasses, instead of the cheaper juice, excellent dark rum, imported spearmint and top it off with a couple of drops of bitters.

Another standout meal was our final dinner on the patio at Grados hosted by Raulito Bazuk, a very talented chef-owner who has transformed his mother’s home into an extraordinary paladare. He humbly told us that he never referred to himself as a chef, since he’s “just a cook”, but whatever he calls himself, our eight-course, prix-fixe meal rivaled New York’s finest!

As clichéd as it is, you simply can’t leave town without taking a ride in one of the Jelly Belly colored collectible cars. These classic 50’s cars are pampered like newborn babies (held together with an ingenious hodgepodge of handmade parts) and then passed down through generations like family jewels.

After Hours in the capital city

As much fun as Havana is during the day, it really comes alive at night.

Where to Eat in St. Maartin – From Fine Dining to Fun Dining

There’s a plethora of dance clubs and music venues ranging from touristy to trendy, which is where Johnny’s expertise was indispensable.

He steered us to a basement club where for just a few dollars, we heard a singer that rivaled Adele, a justifiably touristy, sooper fun, alfresco salsa dance spot, followed by a bustling after-hours drag queen club, where queer meets camp. There’s also an exciting new crop of artsy, indie resto/bars with imaginative decors and inventive cocktails to check out. The artsy rooftop bar, Jesús María 20, aka The Graffiti Palace offers excellent gin and tonics as well as some late night live jazz.

For a more sedate offering, there’s the famed Cuban National Ballet, housed in the beautifully restored Gran Teatro de La Habana, which performed one of the most charming versions of The Nutcracker I’ve ever seen.

While the capital city has a handful of upscale hotels, these are all government-owned which is a no-no for Americans traveling there. I was a little worried about staying in “casas particulares”. Although they would provide a more authentic experience, I thought there would be little privacy, no air-con, with only sharing bathrooms, etc. That was before I met Johnny, who not only debunked my fears but also delivered in spades.

The consummate matchmaker, he placed me in film and theater directors Stephen Bayley and his partner, Jazz Martínez-Gamboa’s townhouse, which was absolutely stunning. It was located in a still underdeveloped, but oh-so-cool Old Havana nabe, which was quite to my liking. The high ceiling, timber beamed home was bright, airy, and elegantly furnished with a mix of antiques, modern pieces, and a collection of paintings by a renowned Cuban artist, Pedro Pablo Oliva.

Ask Stephen for a yoga mat and head up to the delightful rooftop terrace for a private workout or just to watch the sunset.

Inside Tip: As a theater buff, I thoroughly enjoyed talking with my gracious host, Stephen, who was full of great suggestions. With a little notice he’ll even arrange a behind-the-scenes theatre tour where you can party with Cuban actors!That afternoon, when we went to pick up one of our group, she invited me up to her casa particulare, which was night and day different than mine. It was beyond bizare (it worked for her, though) filled with provocative artwork by Enrique Rottenberg, an Argentine-born Israeli who emigrated to Cuba in the early 1990s. Unique conversation pieces included a humongous Jesus installation hanging over the bed, and an all-black bathroom, filled with macabre dolls that leered at you while you did your business. By now, I was getting used to Johnny knowing everyone in town, so it came as little surprise when he introduced us to Rottenberg, who had a show the following night at FAC!

For more information, or to plan your own dream vacation, go to: