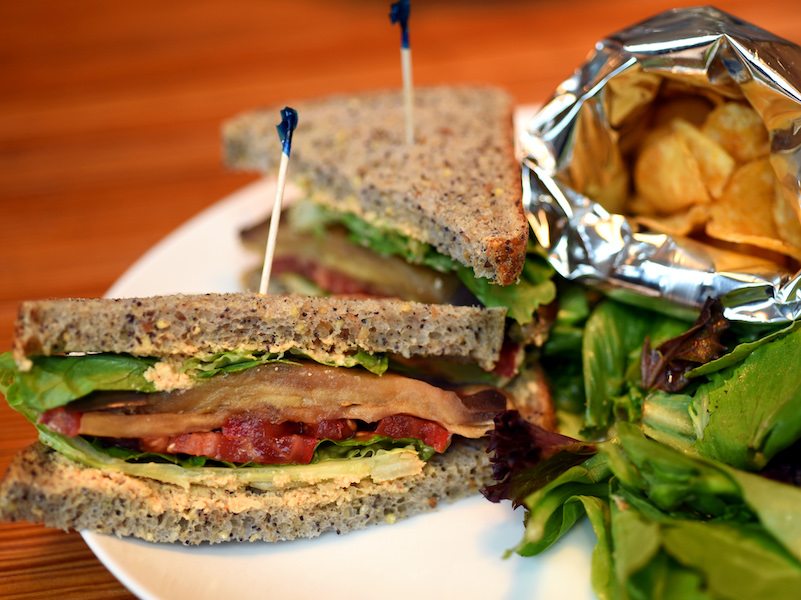 Sometimes when classic meat dishes go vegetarian, we are wary. But this recipe for a vegan BLT with eggplant “bacon” and an eggless sriracha mayo has our tastebuds dancing. Plus, check out what other meat dishes chefs are revamping to be plant-based.

The plant-based riffs at newly opened NYC hotspots P.S. Kitchen, aRoqa and Hudson Jane are unique – and Instagram friendly – creations that don’t rely on meat substitutes and are sure to speak to omnivores as well as vegetarians. 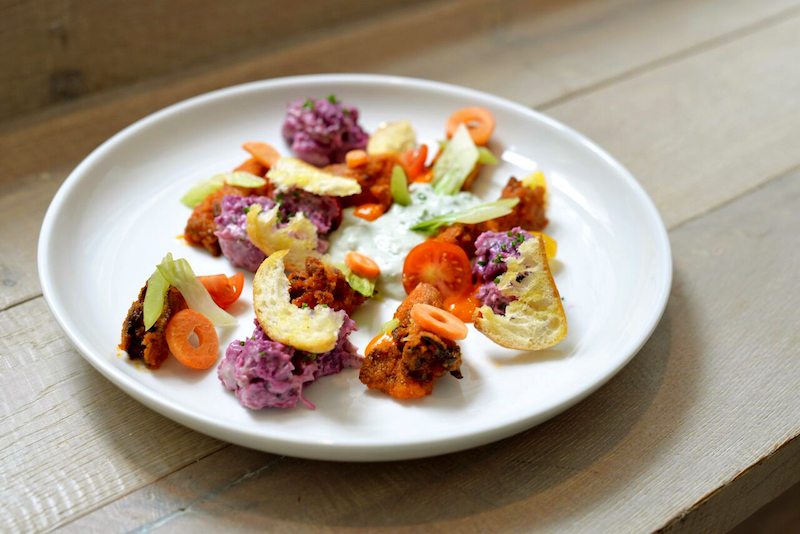 Buffalo Hen of the Woods at P.S. Kitchen

Buffalo chicken wings have long been favorites at parties and game day tailgates. But at the just-opened P.S. Kitchen, where dishes are 100% plant based, Chef Gary Barawidan substitutes fleshy hen of the wood mushrooms for the chicken with a similar delicious result. The mushrooms are fried until crispy and covered in homemade buffalo sauce, accompanied by dairy-free house blue cheese dressing and German purple sweet potato salad. 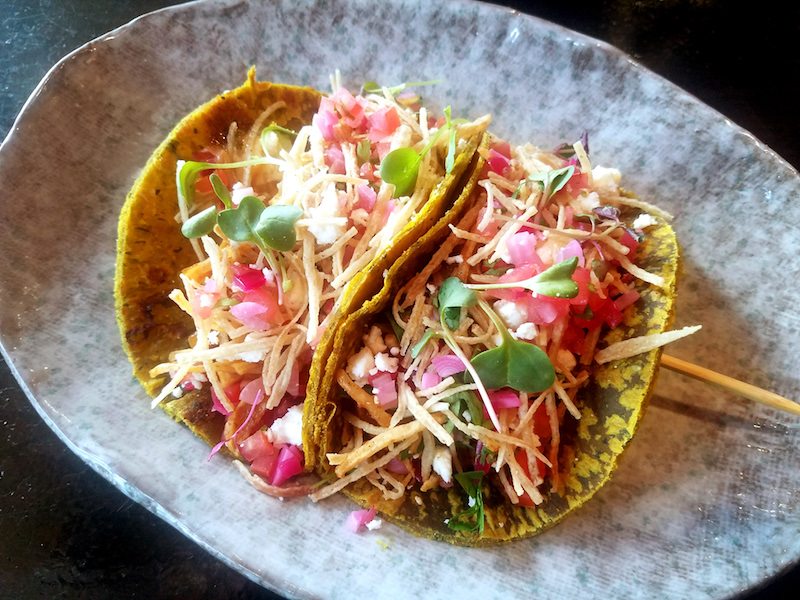 Kandhari Arbi Tacos at aRoqa
When chef/owner Gaurav Anand was a vegetarian, he never found a meatless taco he enjoyed so while developing the menu for aRoqa, which melds global flavors and ingredients with Indian cooking techniques, he was on a mission. His version stars colocasia (arbi in Hindi)—a popular edible root in India (in the taro family) —along with pickled onion and queso fresco folded in a Gujarat-style fenugreek round flatbread (in place of tortilla) and sprinkled with crispy colocasia matchsticks for crunch.

Valancy Jane’s Vegan BLT at Hudson Jane
While there is plenty of old fashioned bacon at Hudson Jane, chef/owner Megan Johnson also makes eggplant “bacon” for her vegan BLT inspired by a vegan friend named Valancy Jane. Johnson marinates eggplant slices in soy sauce, liquid smoke, maple syrup and apple cider vinegar before cooking them in a skillet until browned and tender. The sandwich is served on Bien Cuit seed and grain Pullman with lettuce, tomato and siracha-cashew mayo. Check out the recipe below! 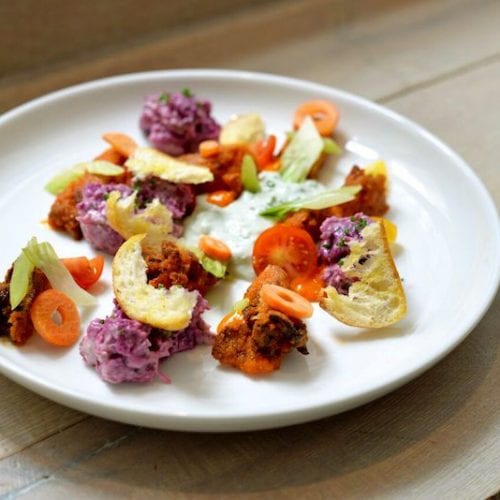 Vegan BLT with Eggplant "Bacon" and Other Vegetarian Delights