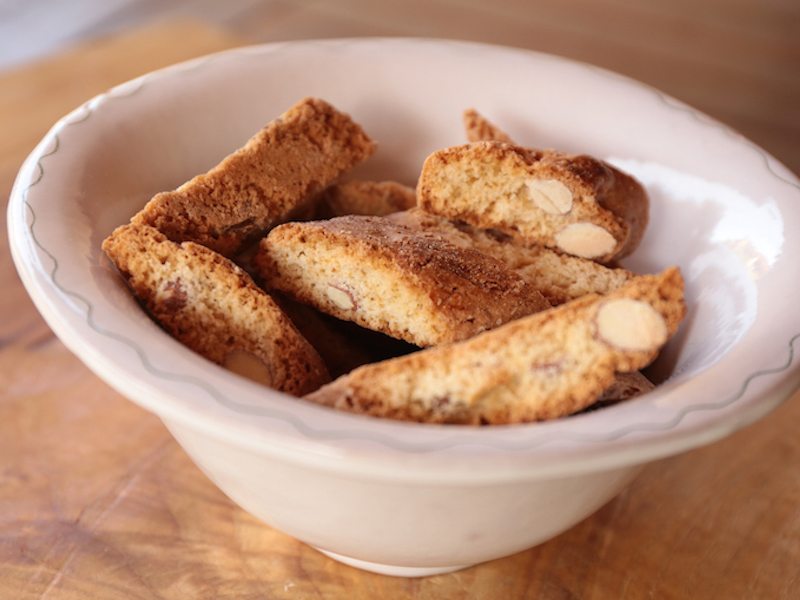 Piero Pardini is a free lance journalist and sommelier. He… 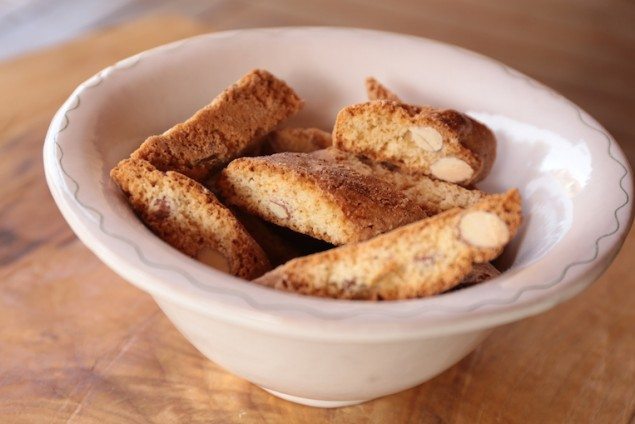 The symbols that represent Tuscany in the culinary world are many but Cantucci and the vin santo are the most evocative image. It seems that the name derives from “Cantellus”, in Latin “piece or slice of bread.” It was a savory cookie that Roman soldiers ate during their military campaigns. Cantucci did not always have the sweet taste that we think of today. In the fourteenth century, as a result of what historians have called “sugar boom”, the biscotti became more sweet.

From the second half of the 500’s, Cantucci were already on the tables of the Medici court, although, at that time, they did not include almonds.? Only from 900’s and on did Cantucci began to be produced throughout Tuscany.

The first documented Cantucci recipe dates back to Amadio Baldanzi, a scholar of the eighteenth century from Prato. The recipe was later adapted by the pastry chef Antonio Mattei in the nineteenth century and, since then, has remained unchanged. The same pastry chef brought these biscotti to the Universal Exhibition in Paris in 1867, winning a special mention. The dough is made up exclusively of flour, sugar, eggs, almonds and pine nuts. The almonds are neither roasted or blanched.

The history of this simple but with unique tasting cookies, is inextricably intertwined to Tuscan’s most famous dessert wine: the Vin Santo, born of a centuries-old tradition.

The origins of Vin Santo, probably, date back to 1349. In that year, in Florence, there was a council of Catholic and Orthodox bishops that were served sweet wine which received the appreciation of all diners.

In Tuscany, the production of Vin Santo is a real art that requires time and patience. Vin Santo, produced from grapes of Trebbiano and Malvasia type, has a color ranging from pale and amber, while the famous Vin Santo Occhio di Pernice is produced with Sangiovese. It belongs to the family of grapes used to make raisins. After harvesting, the grapes are dried on mats. In relation to the different types of grapes used, the period in which the grapes are left to dry (usually from November to March) and the duration of aging, you will get different types of Vin Santo, ranging from dry to sweet.

Vin Santos are ideal as an aperitif, but are also appreciated as dessert wines to accompany pastries like the Cantucci. Offer the wine to friends along with Cantucci biscotti. Although Cantucci is often enjoyed soaked in an interesting liquid, you do not want to soak it in Vin Santo and ruin a great wine, but rather just enjoy it alongside.

Piero Pardini is a free lance journalist and sommelier. He started writing about technologies (industrial automation, electronic and mechanical) and sports (tennis and basketball) until he decided to devote himself exclusively to wine, his passion. He writes for the official magazine of the Italian Sommelier Association (A.I.S.) "Vitae" and is also a marketing consultant for Italian restaurants. His favorite kind of wine to drink Dessert wines, hands down.