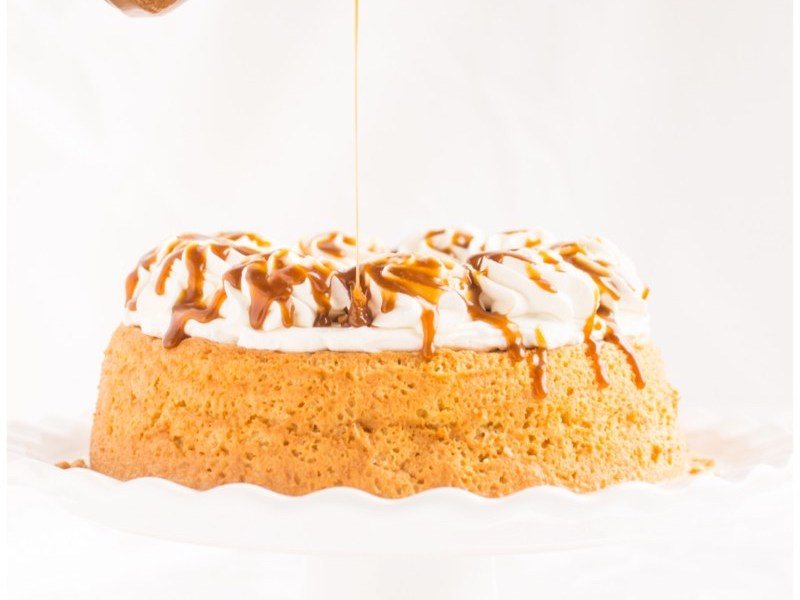 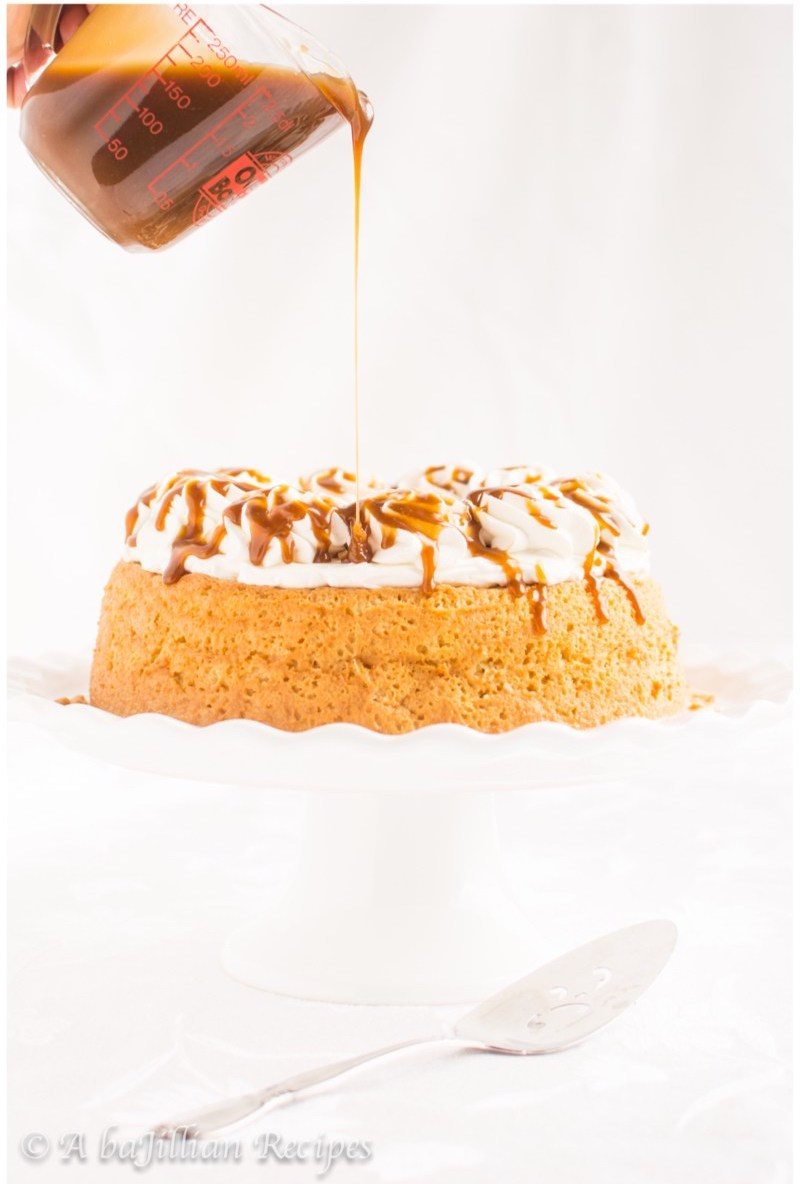 Tres Leches Cake has been on my list of desserts to try for quite some time. I mean, who WOULDN’T be into trying an ultra rich and moist cake soaked with THREE different milks. And when I say milk, it’s definitely not the healthy ones. I’m talkin’ evaporated, whole, and sweetened condensed milk. It’s a rather genius idea for keeping a cake from drying out. I wonder if that was the inspiration for its creation…

Anywho, being the non-traditionalist that I am when it comes to desserts, I decided to change things up a bit by incorporating one of my favorite flavors into the mix… 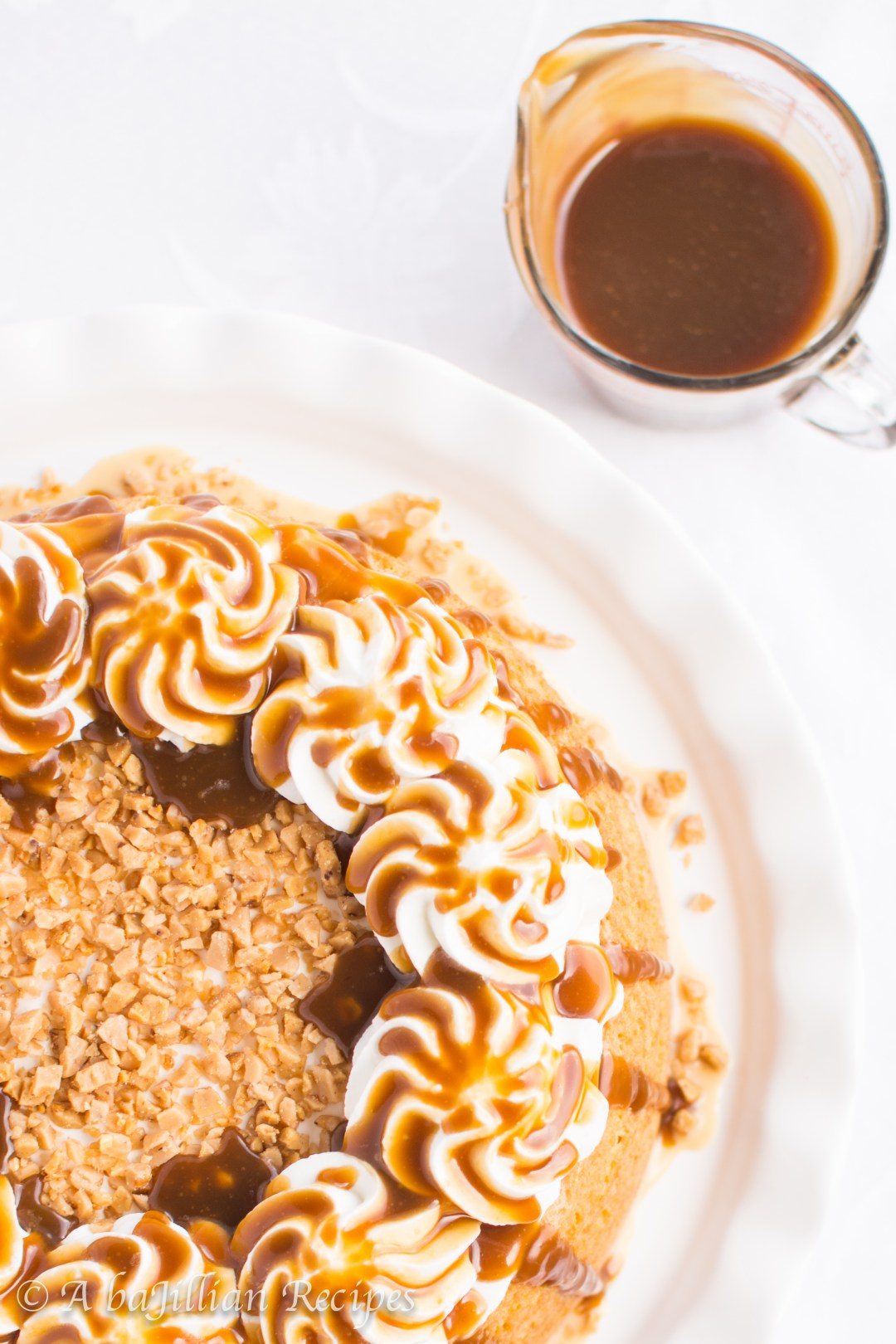 Yes, if you didn’t think Tres Leches Cake could get any richer, then you obviously haven’t been around my blog long enough. This cake is infused with not only the richness of whole, evaporated, and sweetened condensed milk, but also the warm sweetness of toffee.

While dulce de leche, AKA caramel, would’ve been a more obvious choice, I felt that toffee just doesn’t get the attention it deserves—always being overshadowed by caramel. While they’re pretty similar to each other, the main difference lies in the type of sugar you use. Caramel uses white sugar and toffee uses brown sugar which gives it a more molasses sweetness. Another thing I discovered was how much easier this toffee sauce was to make compared to caramel. This recipe doesn’t require any candy thermometer and comes together in a snap.

Not to mention, the sauce itself is abso-fricken-lutely heavenly. 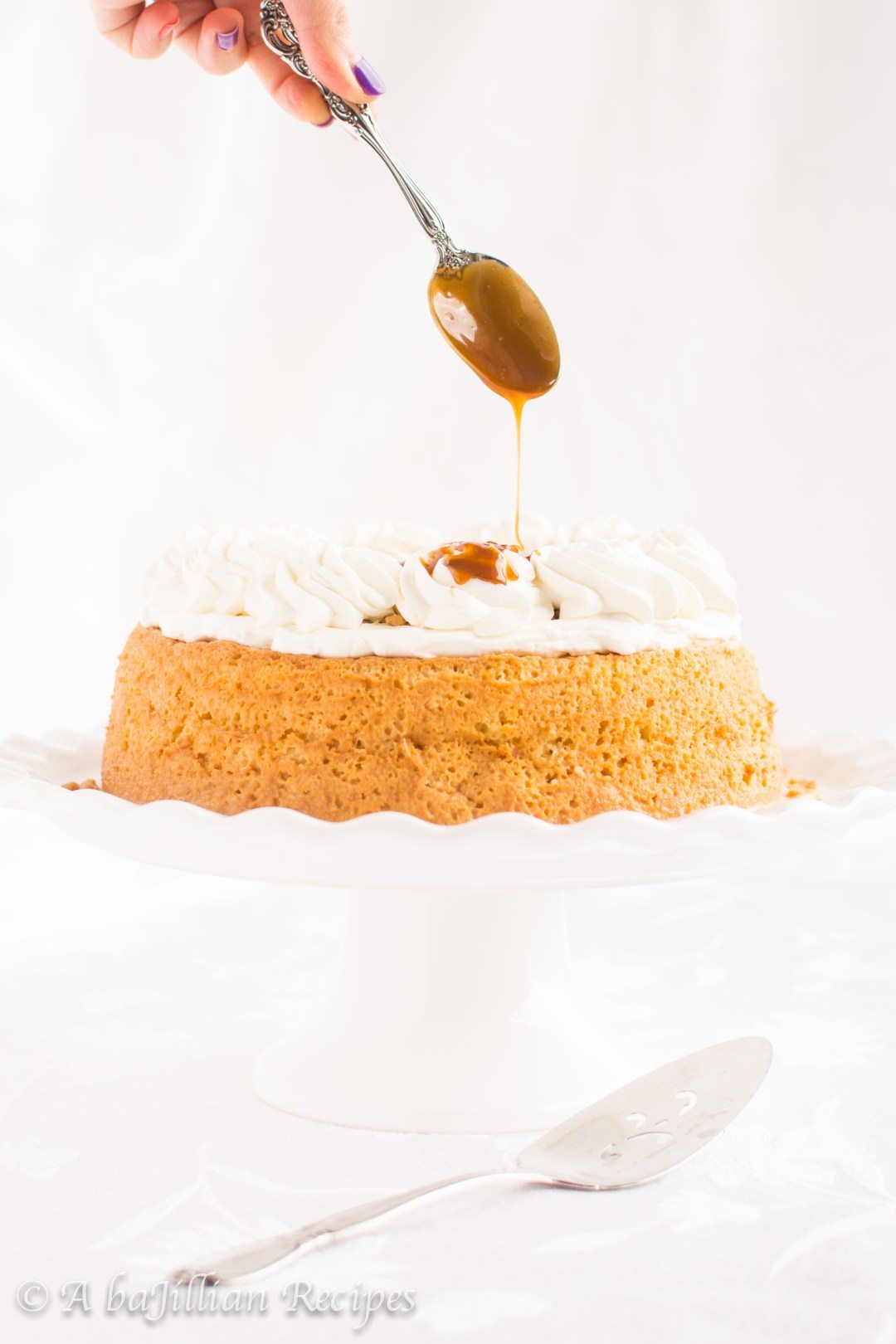 It truly deserves its own post. So smooth, buttery, and rich, it tastes exactly like those little Werthers Originals hard candies. You know, the ones that your grandma always kept in her pockets along with the sugar packets and individual Kleenex packs. They were like the Rolls Royce of hard candies because they were more luxurious and tasted ten times better than those yellow butterscotch discs.

The lightly sweetened whipped cream makes the perfect crown for such a rich and decadent cake as this. The fluffiness of the whipped cream combined with the lusciously creamy toffee-infused cake is like pure ecstasy. Just a little sprinkle of Heath toffee bits is added to finish this showstopper off, followed by a mesmerizingly sweet stream of homemade toffee sauce. 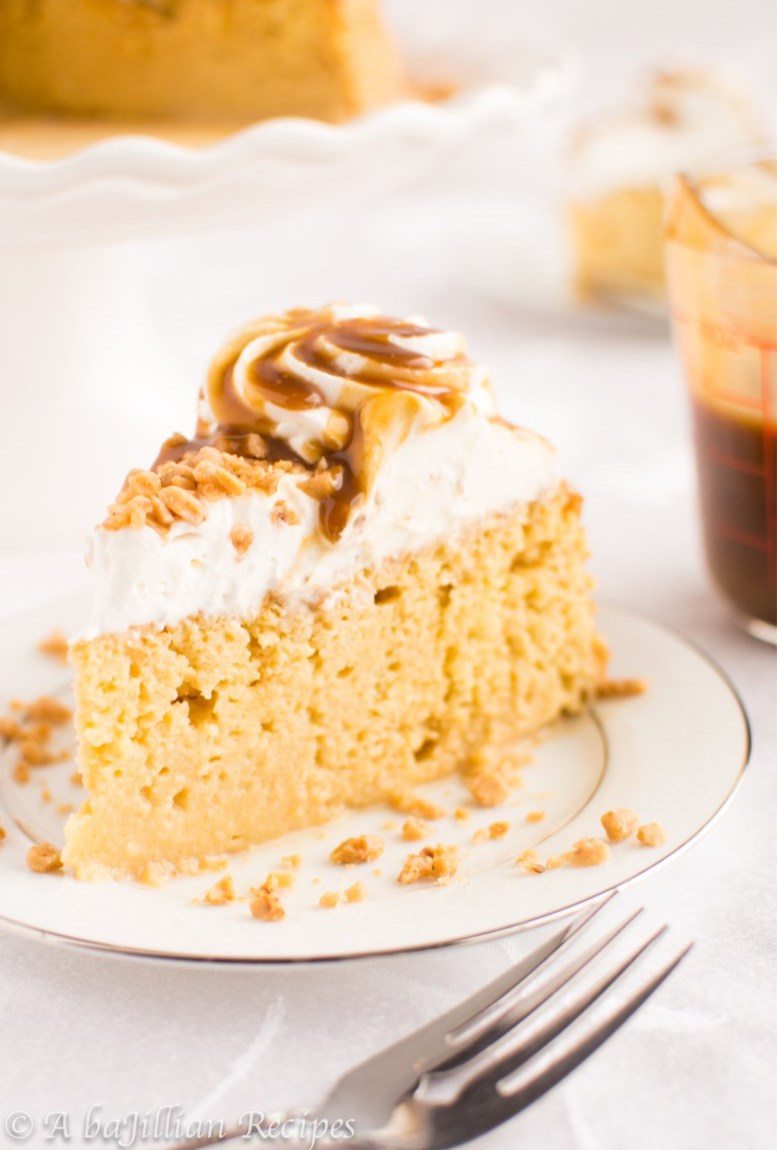 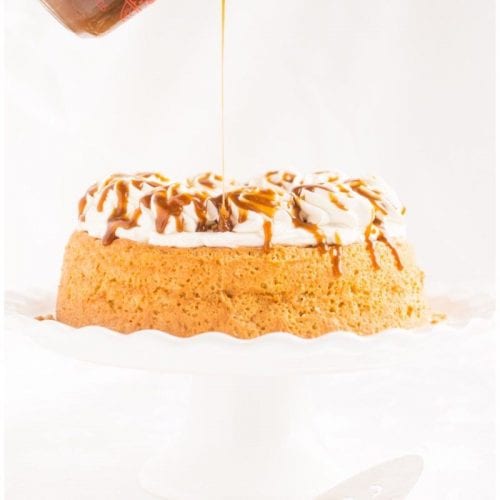