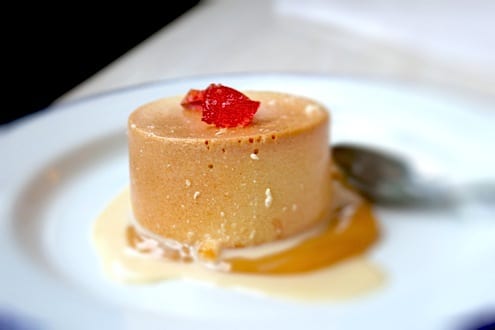 Carla is a half-Panamanian half-Italian 30-something, with a passion for…

When it comes to celebrating birthdays, Carla Spuri thinks Latin Americans do it best – try this sugar and rum cake.
By Carla Spuri – Photo by Sarah Kreczmer

My very own 30-something birthday is approaching and I have been spending my evenings dreaming of birthday cakes and, in particular, the ones covered in garish meringues, heavy in sugar and filled with caramel I enjoyed when growing up in Panamá. The birthdays of my Latin American childhood were filled with colour, food, clowns, magicians, presents wrapped in pastel-coloured birthday paper and those decadent cakes; cakes that took me many years after we moved to Europe to recreate. A soft sponge, heavy with eggs, soaked in cream, filled with dulce de leche and topped with soft meringue peaks – Which kid (and sugar-loving sentient being) would not love such a treat?

Tres Leches is the cake of all Latin American celebrations; one that I make time and time again for myself and friends and these individual portions are perfect to feel that little bit less guilty and that little bit more grown-up (or of age if you want to look at it like that) with the added touch of rum. Note that the Dulce de Leche can obviously be made from scratch using milk and sugar and a lot of elbow grease but the one made with tins of condensed milk is as good and quicker to make in this age where we are all in a rush.

Carla is a half-Panamanian half-Italian 30-something, with a passion for tuna and onion pizza, pork tacos with limejuice, guava jam, [decaf] café con leche and rice and peas based in the UK. She is practical, allergic to caffeine and records memories and recipes of life in Latin America and Italy at Can Be Bribed With Food.