A dish that’s a feast for all the senses. Traditional Roman Style Oxtail is as close as you can get to dining like the ancient Romans. 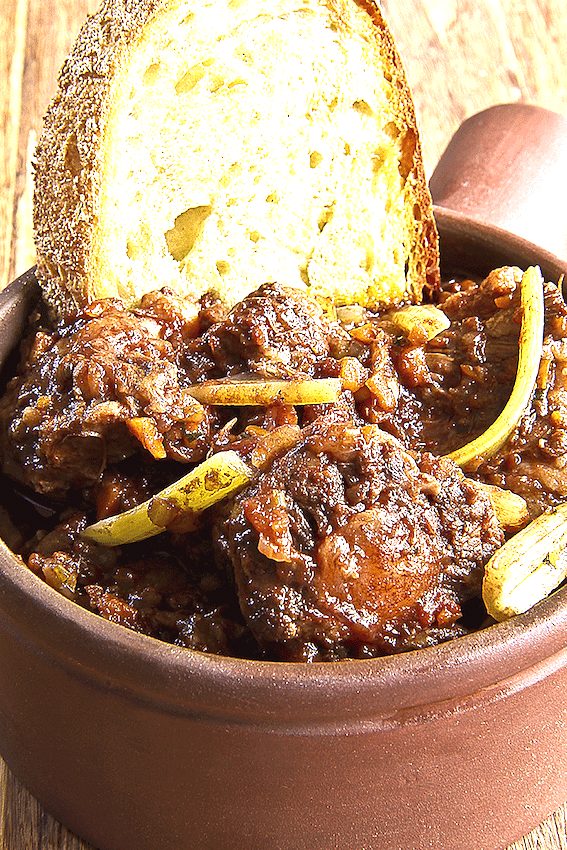 If you were lucky enough to visit Rome and eat in one of its many “trattorie” (Italian informal restaurants), you’ll have noticed that the food experience is a visceral, rough and traditional one. The Roman cuisine has very ancient origins, but has been able to evolve at an equal pace with the discovery of new ingredients from other continents, such as cocoa and tomatoes.

The queen of entrees is without a doubt the traditional Roman oxtail or “alla vaccinara”, one of the most popular among Roman dishes and the pride of every self-respecting cook of the capital. Today I present you with a more traditional and rich recipe: a dish which is complex in flavors, elegant, but also full of history: a real treat!

If you want to prepare the oxtail in advance the day before, follow all the previous steps up until the boiling of the celery. Complete the recipe just before serving, in this way just half an hour will suffice to serve a classic of the Roman cuisine.