Get all the flavors of a taco in a simmering pot of soup topped of with cravable, crispy fried tortilla strips.
By Brittany Everett 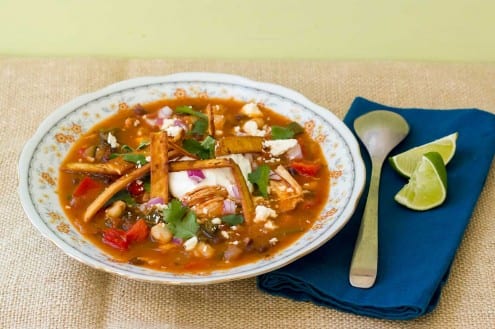 0
Brittany Everett November 1, 2013
No Comments Yet