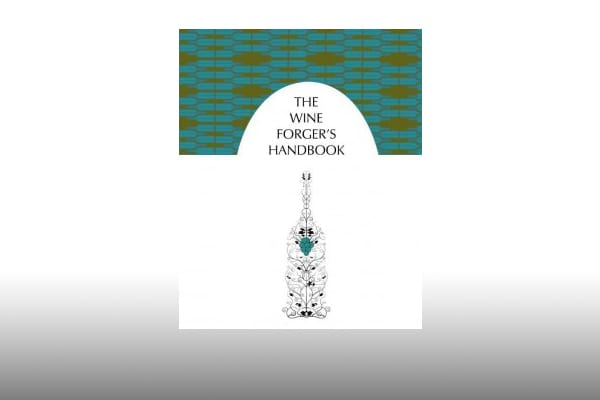 The astronomical increase in value of both fine art and fine wine, even in times of economic recession, prompts investors and entrepreneurs, legitimate and illicit alike.
By Noah Charney 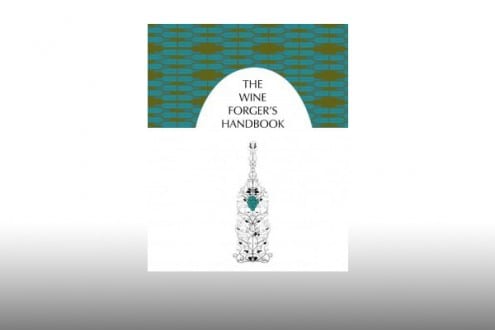 The astronomical increase in value of both fine art and fine wine, even in times of economic recession, prompts investors and entrepreneurs, legitimate and illicit alike. The surge in demand for fine wine over the last decade, particularly in Asia, has motivated fraudsters. Anything that is valuable, whether it a painting or a bottle of wine, is in danger of being faked.

There are vast department stores in China dedicated to counterfeits. China’s government officially deplores the country’s inexorable production of fakes, but in practice turns a blind eye. Fakes wines allegedly flow in and out of Hong Kong like the cheap and illegal Irish reprints of books that allegedly flooded the British market in the eighteenth century. Part of the problem is that the concept of fakes, like the idea of copyrights or intellectual property, differs significantly in China from the strict parameters of the West. But China’s flexibility results in a flood of counterfeit goods into Western markets.

The art and wine markets of the 21st century would not be out of place in an Umberto Eco novel: full of fakes, forgeries, and dark conspiracies. But the art of forgery is as old as the arts themselves.

How to Fake Wine

There is a long history of artists copying paintings by past masters, both to learn and as an homage. In Chinese art history, the ability of a contemporary artist to precisely replicate the work of an ancient master was considered worthy of the highest praise. Originality was not paramount, and no one complained if your painted vase looked identical to the work of a great vase painter from three centuries prior—in fact, that was a mark of skill, to be praised. China, therefore, has none of the hereditary tradition of concern over counterfeits that one finds in the West. Hence, copying industries are barely restricted there.

But while fine art has a rich tradition of non-malevolent copying, the only reason to “copy” wine is to deceive. The reuse of old bottles and a meticulously copied label imply a deliberate attempt at fraud.

It is relatively easy to fake wine. As Gary Boom, MD of the London wine merchant Bordeaux Index notes, the complete package of wine consists only of “…a wooden box…a bunch of bottles, and their labels, and [then] there’s something in it.” All one needs is a bottle, a label, and some wine, all of which can be readily and inexpensively obtained.

“Bottle dealers” in Shanghai and Beijing collect empties from bars and restaurants and sell them on, with no questions asked. What the purchaser does with them is no concern of the seller. Empty bottles of Lafite fetch up to £300. There is a global “wine lake” – more wine is made than is consumed, meaning that there is always an excess of production – so new wine to put inside old bottles is easily available.

Fakes vary in their ingenuity. Some are very crude – relying on photocopied labels, for example – while others are much more sophisticated. German collector Hardy Rodenstock was alleged to have used a dental drill to carve Thomas Jefferson’s initials into the fraudulent Lafite bottles in his collection. If you have never seen a bottle of Lafite before and can’t read English (or French, for that matter) then how would you know the difference?

How to Spot a Genuine Fake

Wine auctioneers have a nose.

The traditional, and still most reliable, way of judging if a wine is fake or not is to taste it. But very few people have the experience and ability to declare that a bottle of, say, Pétrus 1921 is the real thing. Even then, bottles vary tremendously according to storage conditions. Samples can be taken from a painting without causing significant damage to it. But a wine can only be sampled by opening the bottle, which, as it were, destroys the evidence, and its value as a collector’s item. This is one of the great ironies of rare wine collecting—if the wine fulfils its purpose, and is consumed, then the collector’s item is no more. One has drunk the profits, so to speak, and must be content with having paid for an experience, not an object to be sold on or bequeathed.

Nonetheless, a good deal can be proved or disproved without pulling a cork. A wine auctioneer, like a museum researcher, will begin by studying archival evidence to establish provenance. A paper trail is crucial for old wines. Celebrity ownership reinforces provenance and can result in a premium, as with the Rockefeller Rothko paintings or the Glamis Castle clarets—or the infamous Rodenstock “Jefferson” Lafites.

But provenance is relatively easy to forge – receipts and certificates, for example, are simpler to make than the objects they “authenticate.”  And forgeries and fakes tend to be successful only if they have convincing provenances, which may or may not be fakes themselves.

Nonetheless, once provenance has been established the painting or wine itself can be examined closely. But forgers rely on the fact that, if the provenance looks good, then the object itself will not be subject to intense scrutiny. Master forgers like Shaun Greenhalgh and John Myatt did not produce perfect forgeries—Myatt even used acrylic paint when his forgeries called for oil. It was the success of their provenances that passed off their good-but-not-great forgeries as originals. A convincing provenance means that the object itself can be less-than-convincing and still pass as the real deal.

Much wine history and opinion is anecdotal, lacking in empirical data. There is no formal scientific testing of old wine that can prove whether it is genuine or not. There is no vinous equivalent of Cranfield University’s “forensic science research” project with Bonhams, to authenticate works of art. An old bottle cannot be x-rayed like an old painting

However, The Times of 31 May 2009 reported that Russian scientists had devised a new and not very subtle way of authenticating paintings – the Bomb. They claimed that nuclear test explosions, and the bombs dropped on Japan in 1945, released elements into the atmosphere that can be detected in oil paintings made after the Second World War.

Prior to offering a 103-vintage collection of Château Lafite Rothschild, the Antique Wine Company of London (AWC) established what it now calls the “Caesium 137 Method” – chemical analysis of a microscopic sample of wine extracted via a hypodermic needle pierced through the cork. AWC also has the “PIXE method” to authenticate the age of a glass bottle, based on manganese and chromium levels.

These tests can show that a wine is definitely older than the atomic bomb explosions of the 1940s. But that certainly does not prove that it was made in 1787 or whenever. In the Rodenstock case, his supposedly 18th century Lafites did contain a portion of post-bomb wine, meaning that they had at the very least been topped up sometime in the past sixty years. But this did not prove that the content of the bottles was wholly counterfeit.

Despite the vast sums generated by the top wine producers and merchants, there is no funding for research into fake wine. Individual wine estates do use various methods to counter forgers: Château Margaux, for example, has incorporated an anti-fraud seal on all of its bottles since March 2010. The “Prooftag” seal runs between the capsule and the bottle, and has a reference number and a unique pattern, both of which can be tracked on Margaux’s website.

The American collector Russell Frye, one of the collectors involved in the Rodenstock affair, has established Wine Authentication Services, which bears the we-mean-business catchphrase “The war on counterfeiting starts here.” Frye lists ten deeply desired wines as those “heard or read about most often or found to be most publicized:” Cheval Blanc 1921 and 1947; Lafite 1787 Thomas Jefferson (single bottle format) and Lafite 1870; Lafleur 1947 and 1950; Latour à Pomerol 1961; Margaux 1900; and Pétrus 1921 and 1947. According to Benjamin Wallace, author of The Billionaire’s Vinegar, Serena Sutcliffe, head of Sotheby’s wine, has called the 1947 Cheval Blanc the most forged rare wine in the world—if you come across a bottle, it is as likely as not to be a fake.

This article is an extract from THE WINE FORGER’S HANDBOOK, an eBook single by wine expert Stuart George and art crime expert Noah Charney.  It is available on Amazon.