Mexico On My Plate: Green Beans with Scrambled Eggs

Peppers are underused and underappreciated. They get little to no recognition, even though they are used in almost every Latin stewed dish.
By Mariela Alvarez Toro

Peppers are underused and underappreciated. They get little to no recognition, even though they are used in almost every Latin stewed dish. They are the underdogs of underdogs, responsible for giving flavor to foods, alongside onions and garlic. Sure, there are those of old school camps that still stuff red bell peppers with rice and meat, and sure, a lot of people spice their food with some variation of pepper sauce, but lets be honest, does anybody really daydream about indulging in a pepper? 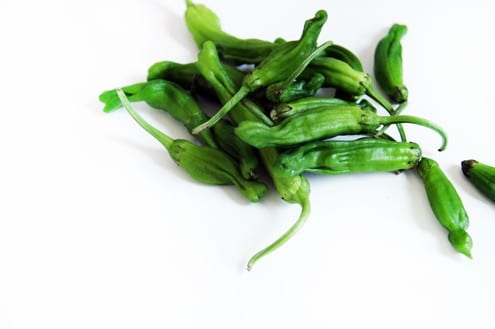 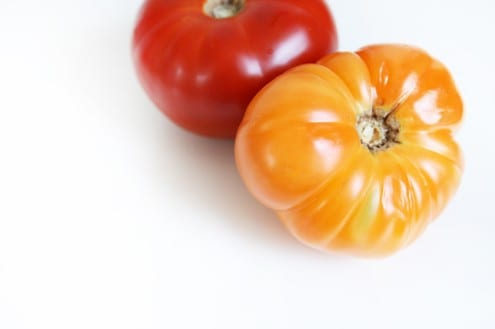 I discovered this varietal while browsing through the farmer’s market several weeks ago. It totally changed my perception of peppers, since I am not a big of a fan of the classic red pepper myself. The shishito pepper is a Japanese varietal that is mostly sweet with an occasional spicy pepper intermingled in the bunch. Their delicate walls are deceivingly meaty. The slightly bitter aftertaste only adds to its complex flavor.  Because they are small, there is no need to remove the either the insides or the stems. Cook the peppers with olive oil and salt for a quick five minutes, then mix with sliced heirloom tomatoes, cilantro and green onions for a quick, refreshing summer salad. The combination of sweet tomatoes, sweet, and occasional spicy, peppers is unexpected. The contrasting flavors, textures and temperatures is like a having a party in your mouth.

Peppers might not be the “it” vegetables of the moment but that doesn’t mean that they are not special, tasty, and worthy of the respect they deserve. Who knows, maybe they will make a comeback. 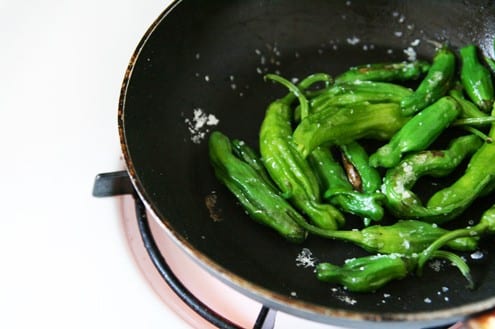