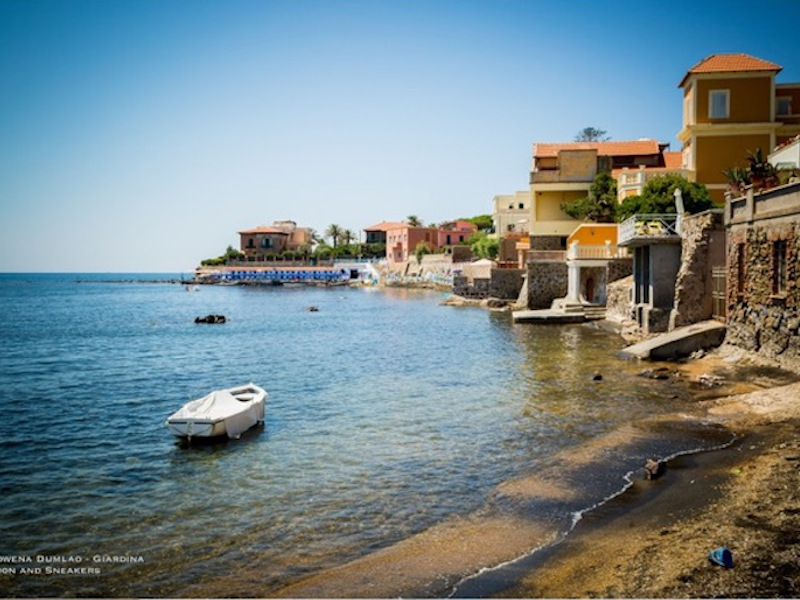 With a widened perspective in the kitchen due to his Canadian origin, Chef Kevin Murphy presents the Italian cuisine with a bigger spark of interesting innovative possibilities.

Molo 21 is a restaurant born in 2012 from the union of Kevin and his wife Eleonora Fiorini who both specialize in gastronomy.

Kevin studied the Italian cuisine passionately for years in the 14 years that he has been living in Italy, attending numerous professional courses, one of them with Chef Antonio Sciullo. At the same time, he is also a sommelier because he believes that a good dish has to be appreciated with a glass of good wine alongside it. Eleonora on the other hand, studied Restaurant Management in Gambero Rosso and she takes care of the needs of their clients at the dining area of the restaurant. 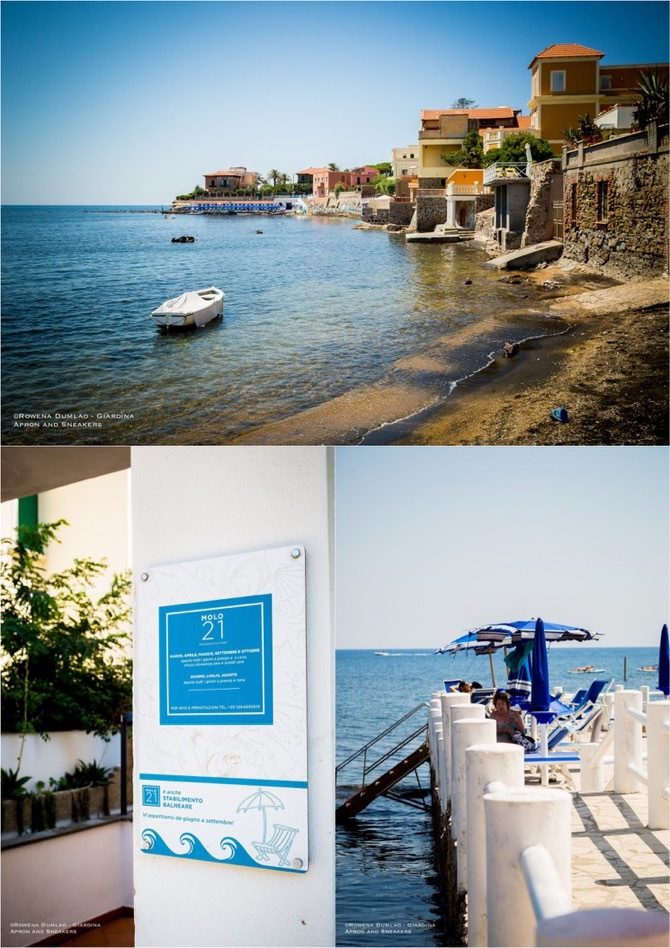 The menu of Molo 21 is based on the ingredients that are harvested during the season or what is freshly-caught from the sea. They are sourced from the nearby market of Civitavecchia and the catch of the local fishermen.

Seafood is the protagonist in the kitchen and it is treated with great respect. 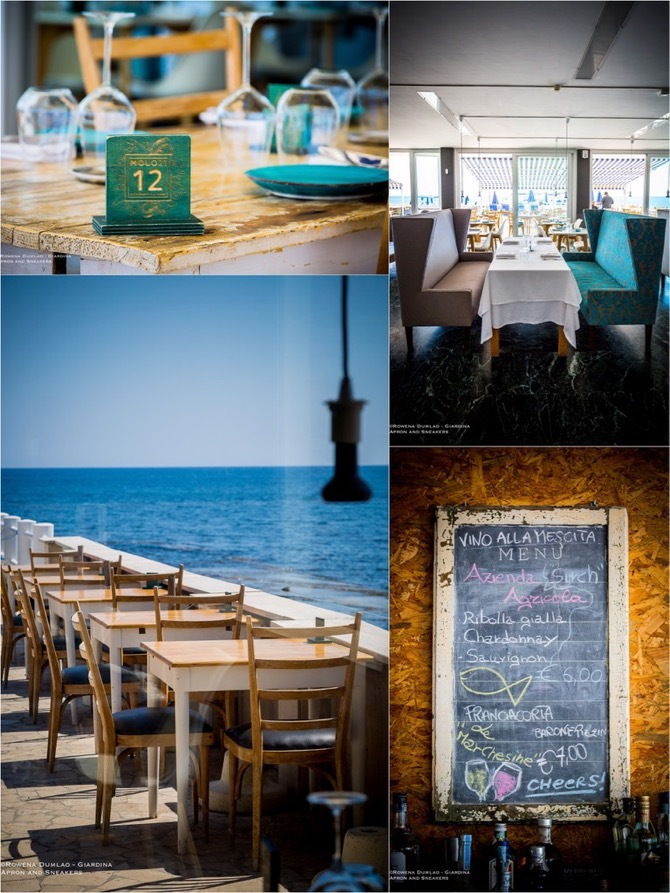 The proposals at the menu are direct and treated minimally to highlight the quality of the ingredients being used.

Among the raw appetizers, you can choose among the Platter of Raw Seafood and Carpaccio of the Catch of the Day (€25); or a very interesting proposal of Five Creations from the Sea: Carpaccio, Tartare, Ceviche, Oyster and Marinated (€25). Molo 21 also has an ample number of proposals to the kind of oysters in the menu. Choose between the French L’Utah Beach (€4.50), the Irish Ostra Regal (€5) or Royal David Herve which is also from Ireland (€5.50). 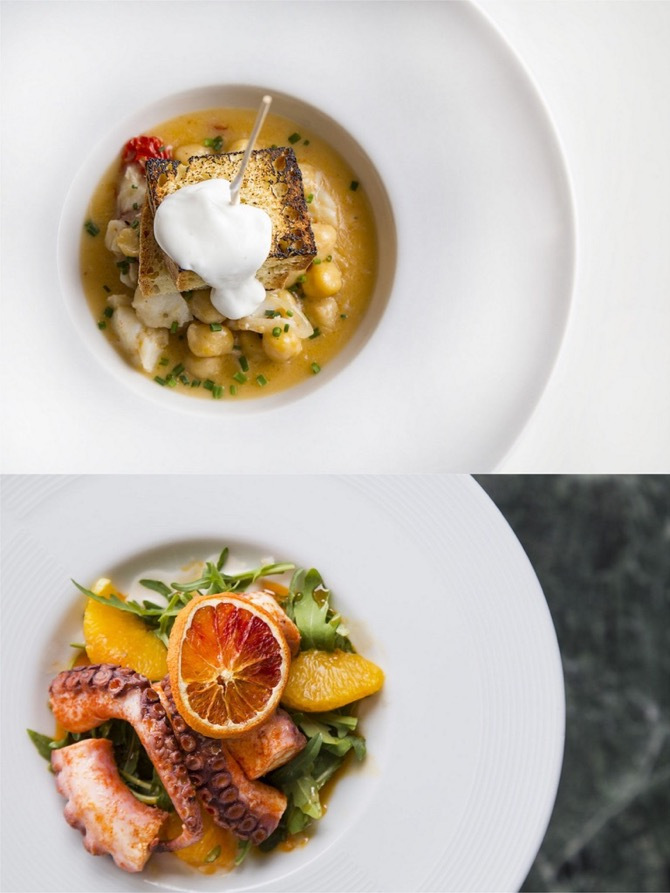 This summer, a cocktail drink list has been added to pair with the oysters and raw appetizers in the menu.

The cooked appetizers are not to be skipped as well because there are some interesting entries like the Seafood Soup and Legumes (€12); 18-Hour Pancetta, Scallops and Cream of Apple and Currants (€16) or the Seafood Arancini (€10). 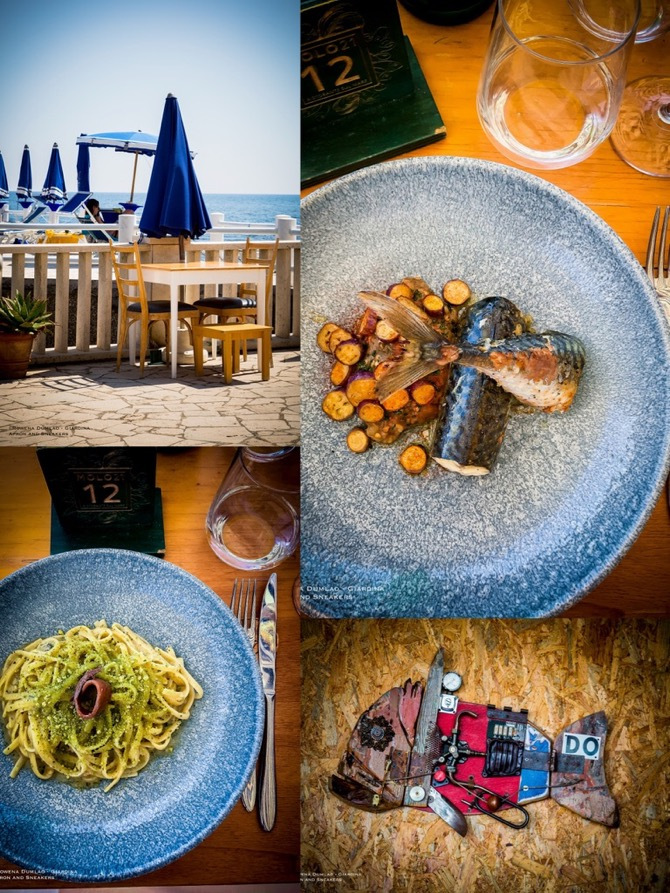 The proposals for the pasta dishes are equally delicious like the Linguini with Bread, Butter and Anchovies of Cetara (€14); Tagliolini with Raw Red Prawn, Basil and Summer Black Truffles (€20); or the Risotto with Lobster and Lemon Confit (€22) but requires a minimum of 2 orders per table. Going for a traditional Spaghetti with Vongole Veraci (€15) is always a good idea too! 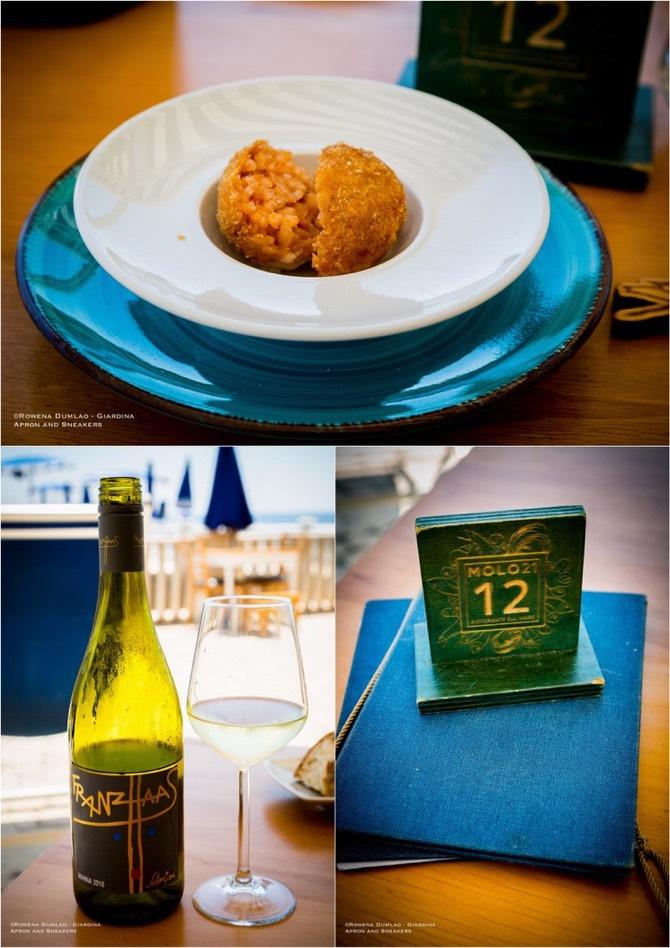 Not to be outdone by the preceding courses, the main courses are also worth a bite. Octopus Cooked at 60°, Orange and ‘Nduja (€20) promises to be quite tasty; or go for a simple, delicious and light Mixed Fried Fish (€20). A dish of the local Mackerel with Variations of Aubergines (€18) is also an appetizing dish. 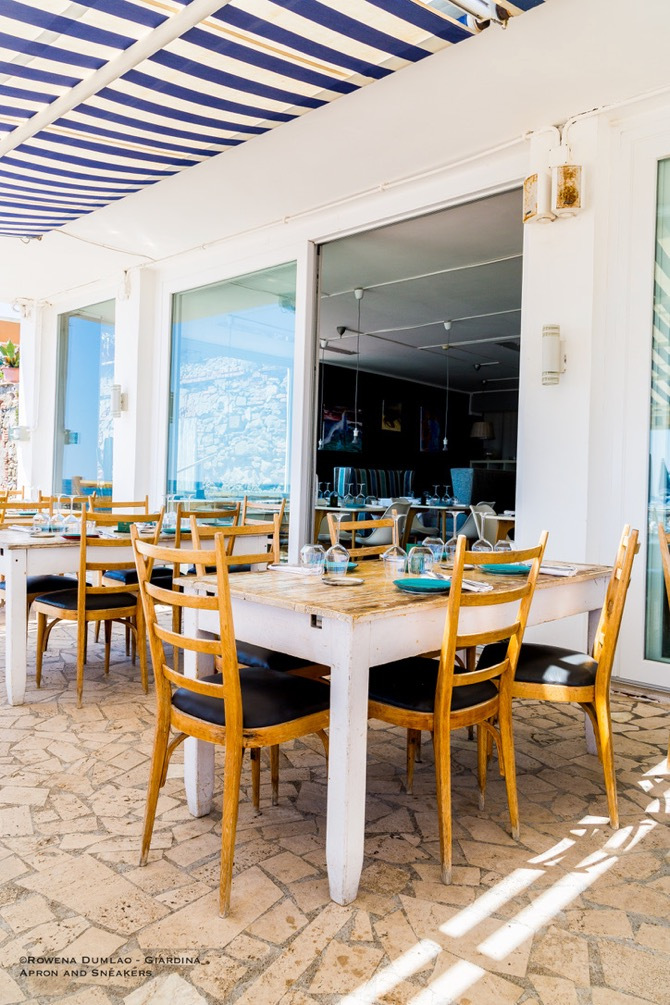 The proposals for dessert, all priced at €6, are Tiramisù, Walnut and Pistachio Gelato with Fig Jam, Dark Chocolate Gelato and Mango Sphere or a Strawberry Shortcake.

The restaurant enjoys a beautiful location in front of the sea where it is possible to spend the day sunbathing on the terrace, swimming in the Tyrrhenian Sea or lounging in the indoor dining room designed with Northern European colors. It is open daily for lunch from February until November and in the summer months of June, July and August, also for dinner when the weather is best enjoyed on the terrace. Whereas in the remaining opening months, dinner openings are limited to Thursdays, Fridays and Saturdays only. 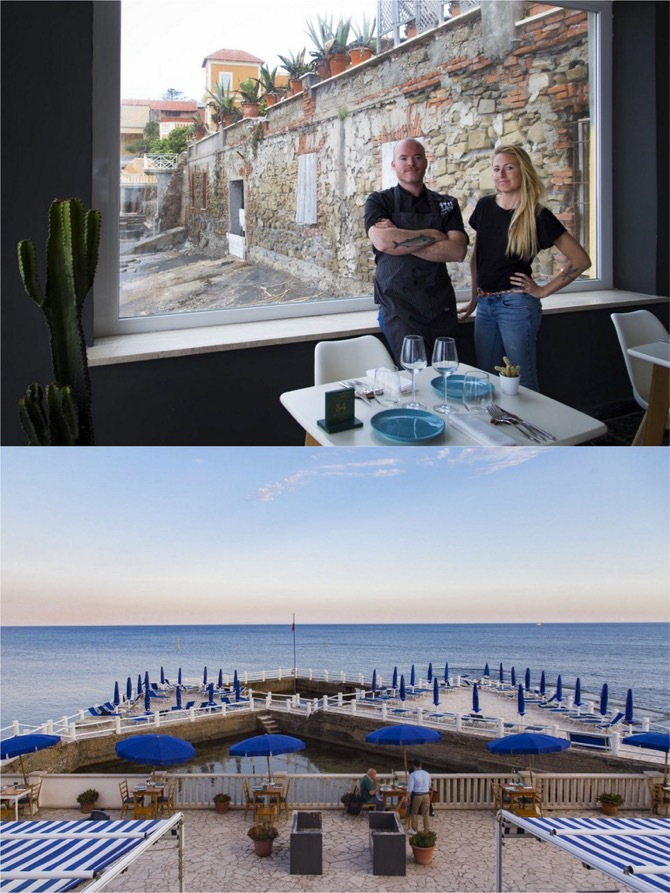 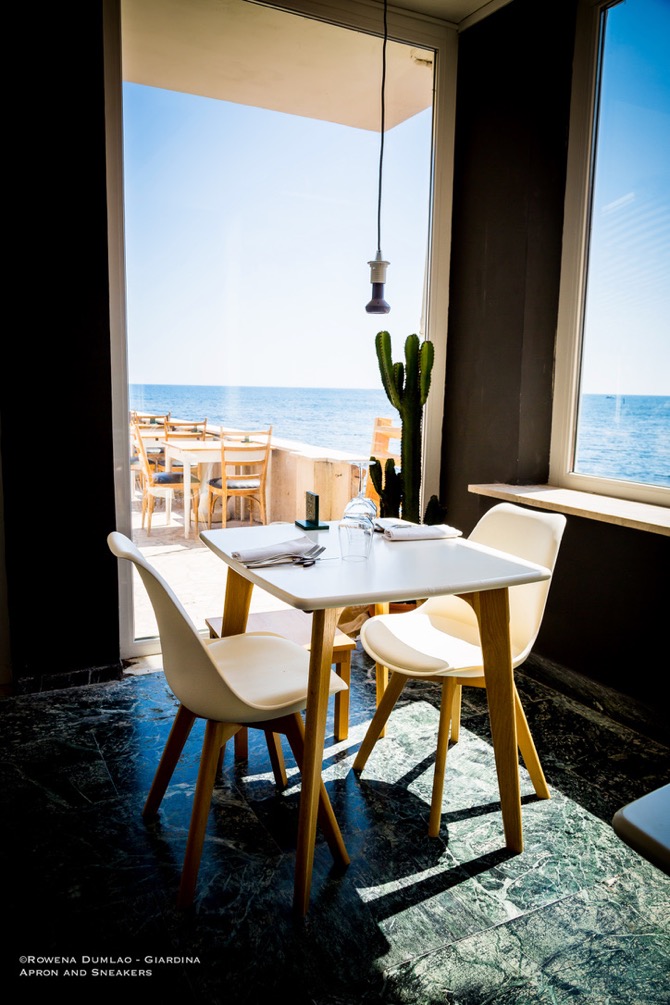