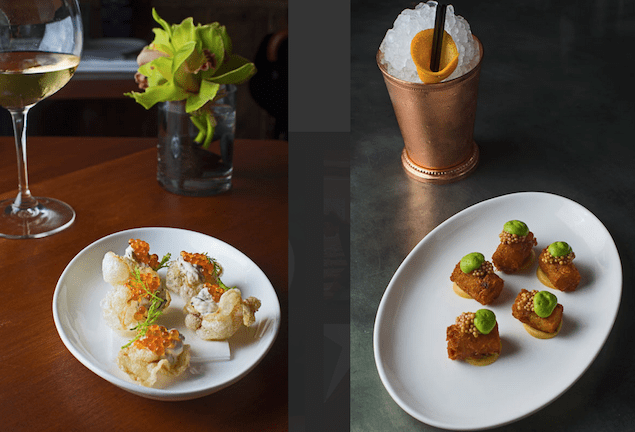 Holiday cooking can seem daunting, but The Eddy’s Executive Chef and Owner Brendan McHale tears back the curtain and shares his tried and true chicken recipe fit for a gathering.
By Annelise McAuliffe

New York City has an armful of delicious restaurants with hardworking chefs and talented bartenders, but The Eddy is different. It’s small dining room, casual atmosphere, and intimate service makes it a neighborhood favorite. Without unnecessary flair, the Bowery area restaurant creates smart plates that will make your mouth water. If you have been disappointed by over-hyped new, trendy restaurants as of late, head to The Eddy for a consistently delicious change of pace.

Along with sharing his tried and true chicken recipe, we spoke with Executive Chef Brendan McHale about what holiday cooking looks like for a chef. Even though his day job includes cooking, the holidays aren’t a break for Brendan. He volunteers to cook for his family dinners and we are pretty jealous. 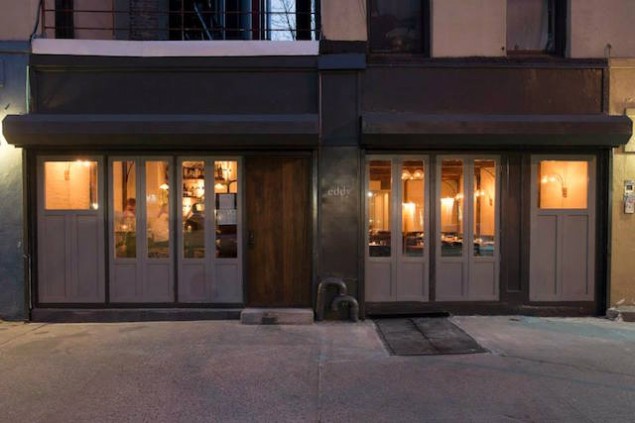 In the restaurant and at home, he likes to reinterpret classic, comforting dishes with new spices or ingredients rather than shoving totally out-of-the-box creations down his eaters throats. Although he does admit to pushing his family’s boundaries by adding rabbit or pheasant to the holiday menu where you might usually see ham or turkey. His favorite dish to add to the Thanksgiving table is a fresh potato gnocchi. Not only is it a great way to involve his nephews in the cooking process as they embark on a gnocchi rolling competition, but it is a deliciously simple dish to add to the comforting theme of the holiday.

How does The Eddy do Thanksgiving? In superb style of course. Chef Brendan is especially excited to debut their new dessert based on the classic Southern apple pie. Served with cheddar cheese, the sweet and savory dessert is made up of apples braised on the plancha and topped with a maple milk foam. This is what The Eddy does perfectly. Reinvented classic flavors or foods we all know and love.

Cooking for a roomful of expectant guests can be terrifying. Cooking chicken however, is generally not. Chef Brendan makes things even easier with his recipe sealed in puff pastry dough so the bird doesn’t dry out and all the flavor stays on the meat. Give it a try!

“The Poulet au Pain is a great way to avoid a dry bird – you’re sealing in flavor. You’ve got the nice aroma of the herbs and this crisp shell that soaks up all the chicken juices. At the end, it tastes like a whole roasted chicken pot pie.”