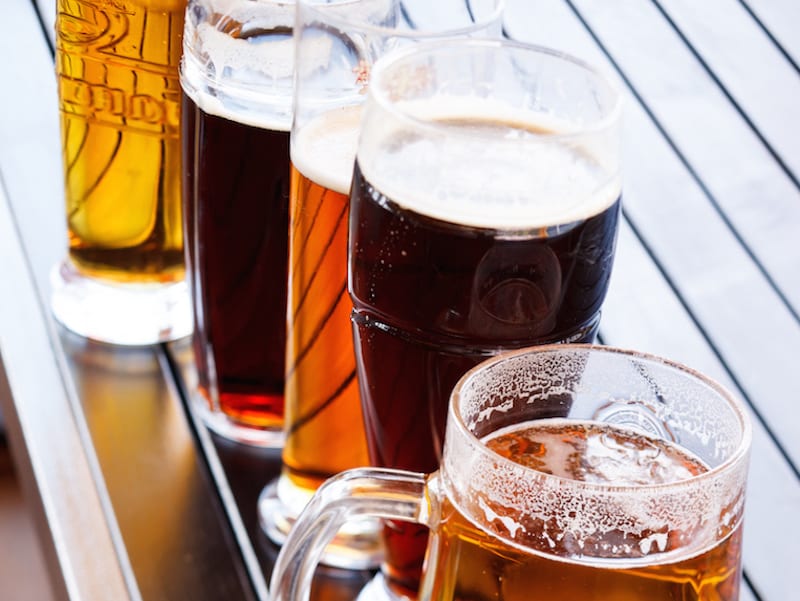 Revamped Pesto with Cashews and Hemp

On April 7th, be sure to celebrate National Beer Day. To get you in the spirit, here are unique or forgotten beer styles that are must-try’s.

On April 7th, all the brew heads of the country will be celebrating National Beer Day. To get you in the spirit, we have chosen nine unique or forgotten beer styles that are must-try’s, if you haven’t already. Join us as we expand our beer knowledge and celebrate a day of beer.

April 7th, in 1933, was the day that President Roosevelt’s law ending prohibition when into effect. While the signed act allowed the production and sale of beer to legally begin again, it did restrict beers to being brewed to be below 4% ABV. Today we have the privilege of sipping on suds with much higher alcohol content, like the traditional eisbock below.

EISBOCK
Eisbok literally translates to “ice beer” and was first discovered in Germany on accident with barrels that were left out in frigid temperatures. In the center of the block of beer-turned-ice was the sweet, malty alcohol that had not frozen, which was actually delicious. This concentrated style is high in alcohol (usually skyrocketing well into the double digits) and is typically hard to find as the production process can be a hassle, so if you are a home-brewer this is your chance to make something unique.

One to Try: Blueberry Eisbock by Kuhnhenn Brewing Company in Michigan

GOSE
Pronounced “gose-uh” and seen spelled a few different ways, this German style beer is a fun blend of sour and salty with spice. Originally, this brew was made with saline water from the Gose River, but today the salt is usually added to give it the characteristic flavor. The beers labeled Gose will tend to have a bold citrus flavor and use the traditional coriander spice.

One to Try: The Kimmie, The Yink, and The Holy Gose Ale by Anderson Valley Brewing Company in California

GOTLANDSDRICKA
This beer comes from the island of Gotland in Sweden and is known by its heavy juniper flavors. This rough-around-the-edges beer is thought to first be made by vikings at sea. Unfiltered and using wild yeasts, the brew is robust with lots of smoke and spice. Imagine being confined to a boat, with beer not being your top priority and Gotlandsrdicka is what you would find. Today, the production of this beer is much more refined and controlled.

One to Try: Gotlandsdricka: Bottle-Conditioned Ale Brewed with Juniper and Sweet Gale By Jester King Brewery in Texas

GRODZISKIE
A 100% wheat beer (no barley added) that comes from Poland is a nice change of pace from German style brews. This beer has plenty of smokey flavors as the malted wheat is dried over oak for great flavor and character. The style has ranged from sour, to very hoppy, to barely bitter at all. However, regardless of the direction that the brewer has chosen to take this beer, it is always a very bubbly, low-alcohol beer. If you find this one, please give it a try! The process to create this beer is rather time consuming so most brewers are not making it.

GRUIT
A gruit beer is one that is made without the use of hops. Rather than using hops, original brewers in Germany and the United Kingdom used herbs to flavor their creations. Legend goes that herbs were used until a group of Bavarian monks thought to use the hops in beer. As the custom spread, King Louis IX proclaimed that beer must be made with malt and hops in order to be called such and so gruit quickly went out of fashion. With the surge of microbreweries there has be a recent interest in experimenting with un-hopped beers again.

One to Try: Lips of Faith: Gruit by New Belgium in Colorado

PURL
An ultra bitter wormwood beer from England that originated in the Elizabethan age. It is thought that people once added wormwood to beer that had gone bad to overpower the off flavor with something completely different. This would be a great after dinner drink, think of it like a digestif.

One to Try: this one is hard to find, disclaimer, we have not tried this particular beer, but this is the closest we could easily find in the US that is not a homebrew. Green Purl By Sonoma Springs Brewery in California

RAUCHBIER
Back to traditional German brew with the Rauchbier. Rauch translates from German to “smoke” and literally describes the main flavor of this beer. Beer makers once dried their malted barley over an open flame and the smoke scent was transferred into the beer’s flavor. This mostly-barley beer is usually a dark amber color.

One to Try: Check out the German company Schlenkerla Heller-Bräu Trum for a wide variety of Rauchbiers.

SAHTI
Traditionally a Finnish made beer, a Sahti is made with juniper berries. Sahti originated as a homebrew that was made differently by each inn for their guests. Today, the beer is still usually made in small batches as a full-bodied beer with strong banana flavors that is unfiltered.

One to Try: Lips of Faith: Sahti Ale by New Belgium in Colorado

SCHWARZBIER
Schwarz translates from German to “black” and accurately describes the deep, dark color of this beer. Despite being dark, this beer is not as full-bodied as one might expect and may seem similar to a lager. This lower alcohol beer will range between 4% and 5% and receives its color from roasted malt or malts that start off darker. For those looking for a beer that is lighter, but not too hoppy or bitter, this is a great one to try. Plus, it goes wonderfully with a variety of German foods.

One to Try: Stargrazer: German Style Schwarzbier by Bauhaus Brew Labs in Minnesota