A luxurious lemon and white chocolate version of the traditional french “blow up” dessert.
By Elizabeth Ellory – Photo by Renee S via Flickr 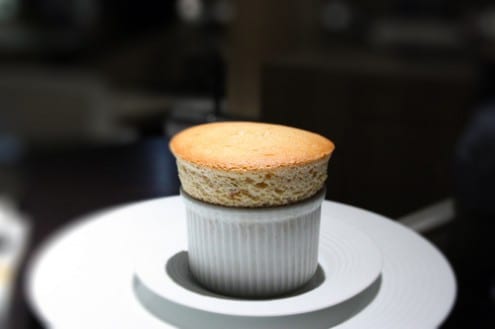 We have a surplus of lemon curd in the fridge following my exploits last week – I wanted to create a dessert that could use this in a refined and spectacular way. Whenever the word souffle is mentioned on TV, magazines or cookbooks, it is met with trepidation. I thought a conventional chocolate version must be relatively simple.

The word souffle is French for “blow up”. The main idea is to create volume by adding whisked egg whites to a base mix containing the remaining egg yolks and the flavourings required. Here are a few tips which, from my experience, will help you make perfect souffle.

Lemon and white chocolate are paired together in many other recipes such as for muffins, biscuits and cakes. The tangy lemon seems to go really well with the sweeter and smoother white chocolate.

The recipe is enough for 2 ramekins but I guess you could use one larger oven dish if you don’t have any.

Essential Guide - How to Turn On an Oven in Argentina