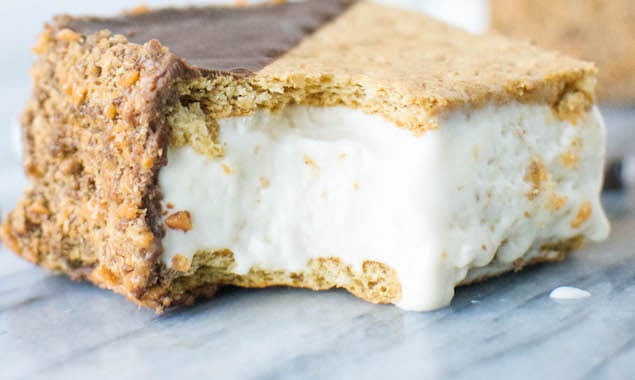 Just in time for campfire season, a cool, creamy version of the decadent S’more complete with toasted marshmallow ice cream.
By Jillian Hatsumi 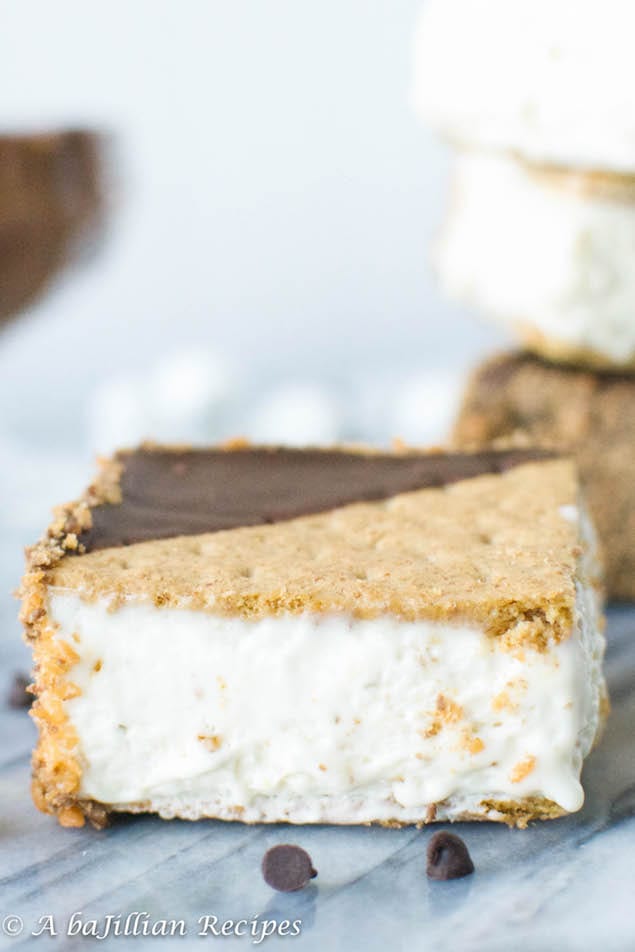 Nothing screams summer quite like a perfectly toasted (or burnt to a crisp) marshmallow sandwiched between two crisp honey graham crackers and that unforgettable ooze of Hershey’s milk chocolate. Whether it was during those annual camping trips or unforgettable backyard bonfires, we all share those memories of biting into those addictively warm ooey-gooey-crunchy-toasty masterpieces of childhood confection. It doesn’t take a rocket surgeon to understand why they’re called S’mores. 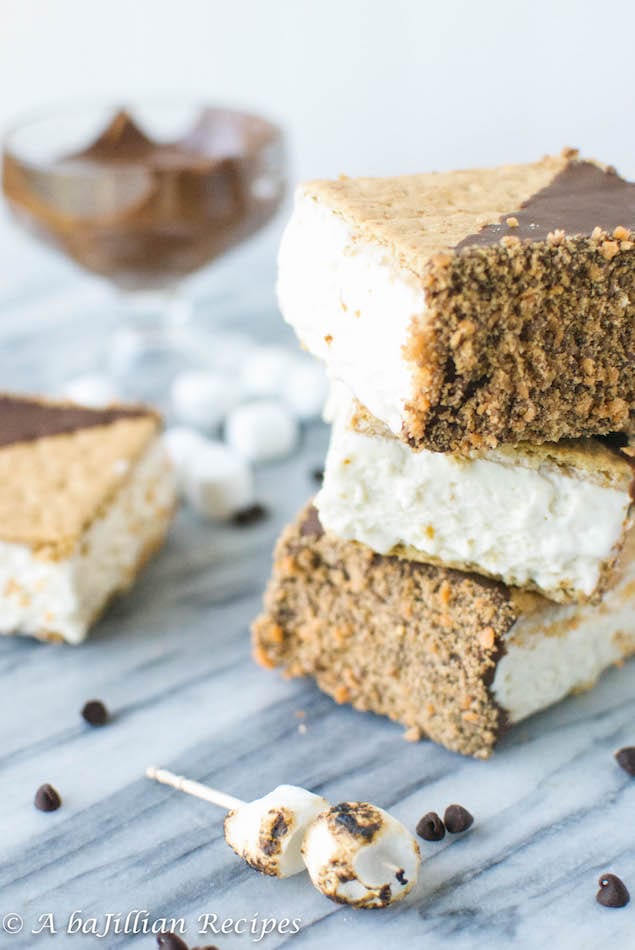 These treats are basically the “cooler” version of the S’more. And when I say “cooler,” I do mean hip! 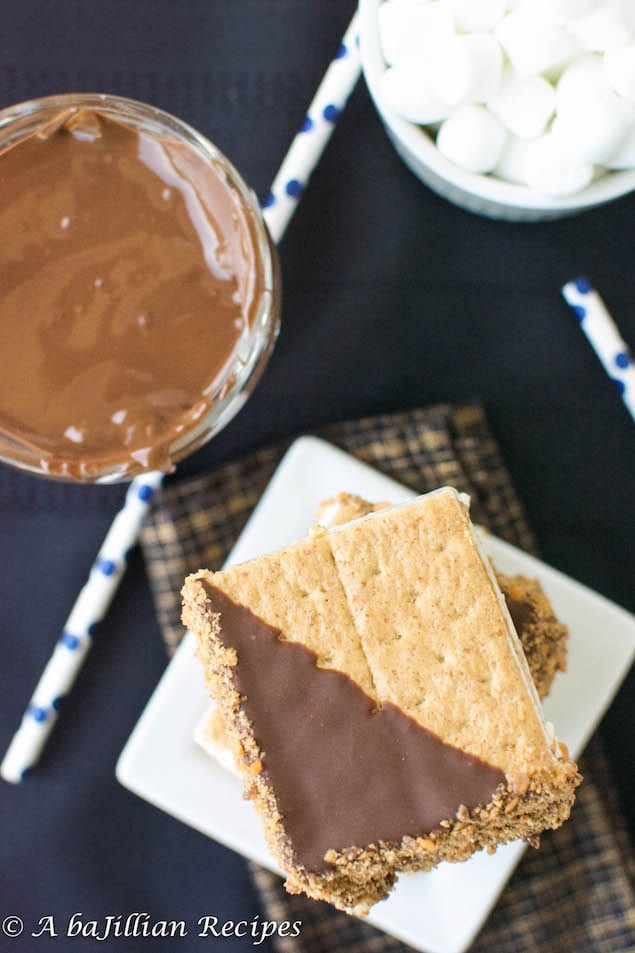 Just like the classic S’more, the ice cream is sandwiched between two honey graham crackers. Similar to the rectangular store-bought ice cream sandwiches, the grahams soften as the sandwiches chill in the freezer, allowing for a much more mess-free eating experience. No more ice cream squeezing out of the sides as you bite into it!

And because you can’t call a S’more a S’more without the chocolate (that’s just crazy talk!), these ice cream babes are dipped in Hershey’s milk chocolate.

Now, I know Butterfinger crumbles aren’t part of the “classic” S’more, but I just couldn’t resist.

Print
Just in time for campfire season, a cool, creamy version of the decadent S’more in ice cream sandwich form complete with toasted marshmallow ice cream.
Author: Jillian Hatsumi
Recipe Type: Dessert, Ice Cream
Serves: 15 Sandwiches
Ingredients
Instructions
Notes
*Any chocolate will do, but I found that the Hershey's milk chocolate bars melted a little thinner than chocolate chips, which makes the dipping much easier!
*I put the stand mixer bowl and the whisk in the freezer for about 10 minutes before whipping the cream. The cold bowl allows the cream to whip up faster.
3.2.2885