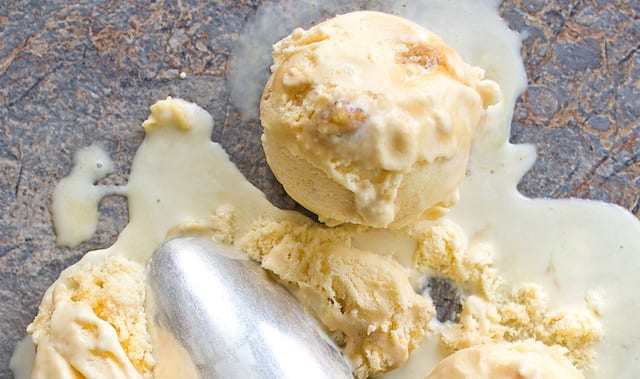 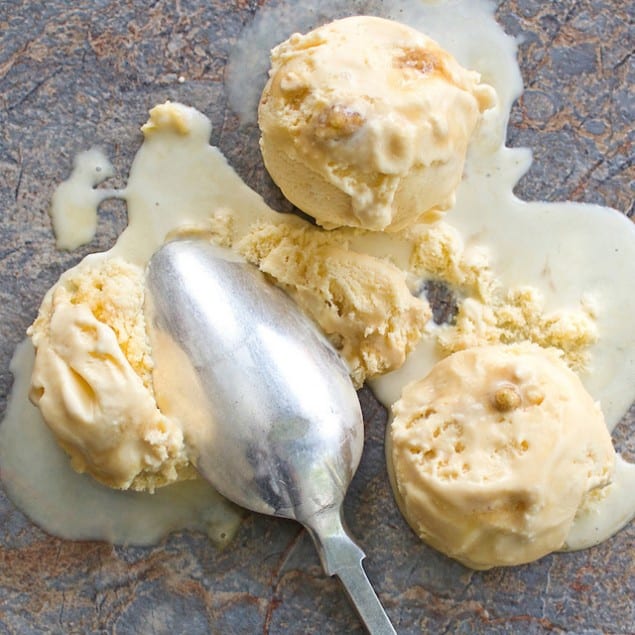 New Zealanders are so in love with Hokey Pokey Ice Cream that it rates as one of our all-time favourite flavours, being second only to plain old vanilla. And, while we’re a small country of nearly 4.5 million, we manage to pack away a couple of million litres of the stuff every year!

Compared to some of the modern-day ice creams which outdo each other in terms of fancy flavour combinations, Hokey Pokey Ice Cream is pretty darn modest. Basically, it’s french vanilla ice cream studded here and there with small nuggets of hokey pokey which, in the hot summer sun, melt into gooey caramel streaks. 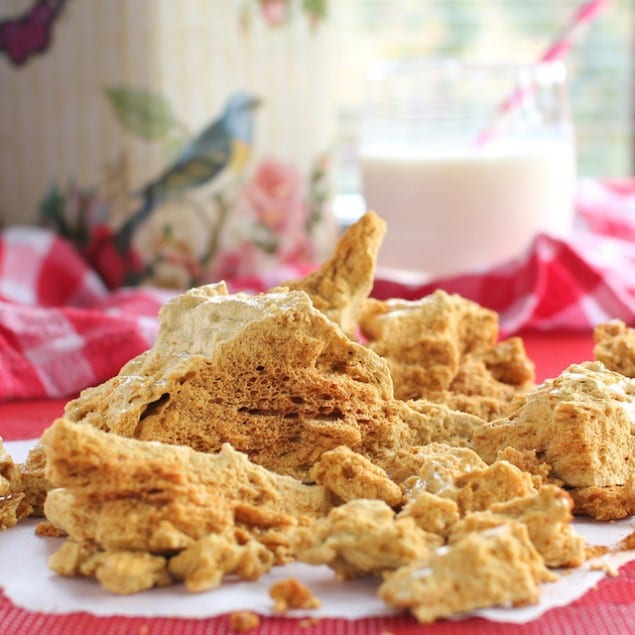 Now that I have an ice cream maker, I thought it was high time I made some. I started off by making a batch of hokey pokey, or honeycomb, then folded it through some home-made vanilla ice cream. It was utterly delicious and every bit as good as the bought stuff, if I do say so myself.

Hokey Pokey is best served as is, in a cone. However, if you want to dress it up for dessert, you can serve it in dishes with some good quality caramel sauce or chocolate sauce drizzled over top.

If you don’t have an ice cream machine, swap all the ingredients except the hokey pokey for: Half a 397g can condensed milk, 600ml double cream, 1 tsp vanilla extract. Place the ingredients in a big bowl then beat with an electric whisk until really thick. Fold through the hokey pokey, transfer to a freezer container and freeze until solid.
3.2.2885