Choosing an organic/biodynamic wine can be daunting due to the multitude of labeling permutations in the eco-conscious arena. What does it take to be branded as organic or biodynamic?  Do these wines taste as good as their conventionally produced counterparts, and are they worth seeking out?
By Lauren Kretzer 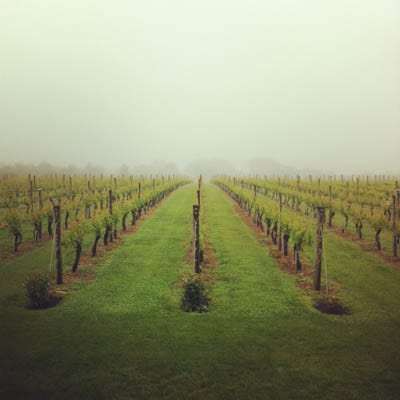 You’ve traded in your SUV for a hybrid, shop for fresh produce at the local farm stand, and never forget to recycle.  When you head to the wine shop to pick up libations for your next dinner party, you want something green.  And no, we don’t mean Appletinis.

Of course “green” suggests organic and biodynamic wines, which have been gaining popularity in recent years due to increased customer concern on health and the environment.  Most well-stocked wine shops carry several varieties, and restaurant wine lists all over the world are making room for eco-conscious selections.   Several exclusively organic wine-of-the-month clubs have even been popping up for consumers who want to take the guesswork out of purchasing this type of wine.

Choosing an organic/biodynamic wine can be daunting due to the multitude of labeling permutations in the eco-conscious arena.  What does it take to be branded as organic or biodynamic?  Do these wines taste as good as their conventionally produced counterparts, and are they worth seeking out?

In order for a bottle to be labeled “organic”, 95% of the grapes used have to be farmed without pesticides, chemical fertilizers, or genetically engineered plant material.  When the wine reaches the bottling stage, wineries looking to achieve a truly organic product can’t use preservatives or chemical cleansers.

Biodynamic viticulture views the vineyard as an interdependent ecosystem, a living organism in its entirety.  Plants, soil, animals, and air are all connected and rely on each other in order to thrive – outside interventions of any kind are not used when producing grapes.  Biodynamic winemakers claim their wines are the most natural and earth friendly as a result of these farming practices.  “I know a lot of winemakers that have switched their vineyards to biodynamic farming, and they say they can see that the vine is healthier, that the yields are lower, and they are producing a more concentrated, nourished fruit,” says Laura Maniec, Master Sommelier and co-owner of Corkbuzz Wine Studio in New York City.

Looking at eco-friendly wines solely from a flavor and quality perspective, they can go head-to-head with their conventionally produced counterparts.  However, Maniec explains that the quality of the wine is ultimately the result of the farming choices of the winemaker, based on conditions surrounding the vineyard each year: “Let’s say your preference is to always do things as natural as possible, and you’re farming organically.  You’re trying to take care of the earth, and take care of the fruit, and make a wine that’s not manipulated and that doesn’t have additional sulfites.  But then you have a lot of rain and mold and you need to get involved and spray in order to make a quality wine; it’s nice to have that option in order to make a better wine…I’m a big believer that the winemaker knows best.”

So if you’re still standing in the wine shop scratching your head over which bottle to take home, Maniec recommends several producers that show consistently good discretion in producing earth-friendly wines.

Foridori began biodynamic farming practices in 2002 under the direction of owner Elisabetta Foridori, one of Italy’s top winemakers.

Nicolas Joly is regarded as one of the fathers of the biodynamic wine movement.  After leaving his job as an investment banker, he took over his family’s wine estate in the Loire Valley where he makes some of the world’s finest dry white wines using biodynamic farming practices.

While Cloudy Bay is not officially recognized as organic or biodynamic, the vineyard is lauded for its sustainable, environmentally friendly winemaking practices.  It was a founding member of the New Zealand Integrated Winegrape Production scheme, which focuses on sustainable vineyard management and is monitored by Sustainable Winegrowing New Zealand.