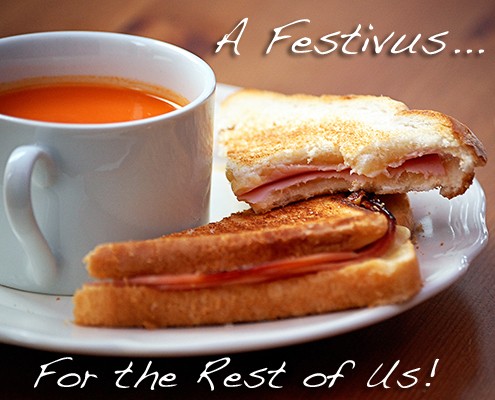 December 23rd is not just ‘the day before the day before Christmas’. It’s much more than that, or can be if you’re willing to open your heart to one of the whackier holiday traditions on offer.
By Ruby Moukli

In a recent article I tested you with some Friends trivia. To stick with the ‘outdated TV references’ theme, I’m now going to take you back to a 1997 episode of Seinfeld and the unveiling of a new holiday:

Frank Costanza: “Many Christmases ago, I went to buy a doll for my son. I reached for the last one they had, but so did another man. As I rained blows upon him, I realized there had to be another way.”
Cosmo Kramer: “What happened to the doll?”
Frank: “It was destroyed. But out of that a new holiday was born: a Festivus for the rest of us!”
Kramer: “That must have been some kind of doll.”

Indeed. And we all laughed and promptly forgot about it. Or so it seemed.

Apparently a small group of loyal devotees have kept Festivus alive and their numbers are growing. For the past few years, the unadorned aluminum pole has made an appearance in various cities across the US. Groups of families and friends gather to ‘air grievances’ and perform the requisite ‘feats of strength’. And this year, with economic austerity staying the hands of many would-be shopaholics, the time is ripe for a secular and acerbic holiday to cut through (or at least offset) the syrupy sappiness of the Hallmark Christmas. 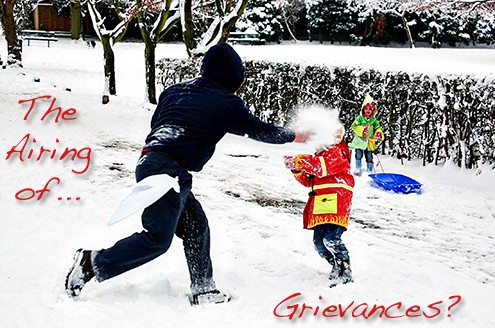 Last year I revived the Festivus tradition for our family. It had a distinctly snowy theme, as we were snowed in at the time. And the Festivus feast, I decided, had to be the antithesis of a day spent cooking pseudo-gourmet Christmas fare. My solution? Something very easy and low-brow: Campbell’s Cream of Tomato soup and toasted ham and cheese sandwiches (on white bread of course). 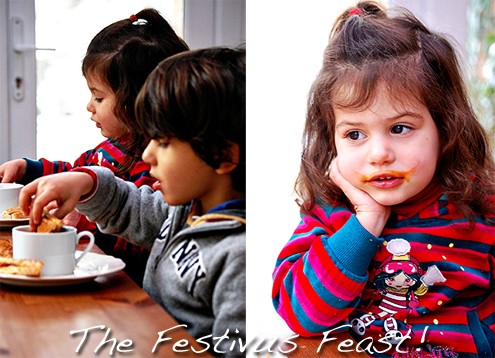 There’s no recipe required (is there?!) so I’ll just hope to see you out there making new Festivus memories as well. Best wishes for a Fruitful Festivus for the rest of you!