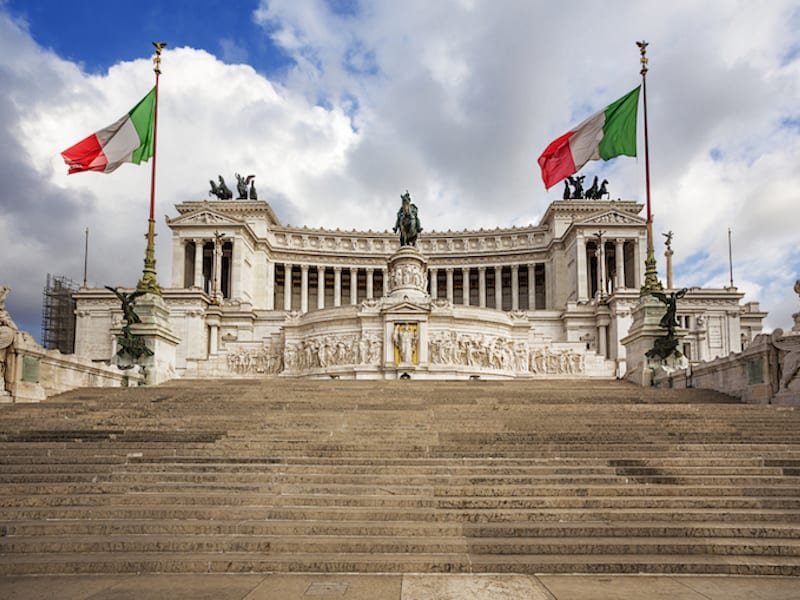 June 2nd is Festa della Repubblica, or as it’s more commonly known, La Festa, in Italy. Akin to America’s Independence Day, Republic Day is a day of great importance and reverence to Italians. This national holiday is the celebration of the founding of the Republic of Italy. On June 2nd each year, Italians around the world commemorate the 1946 referendum in which the citizens voted for Italy to become a republic. 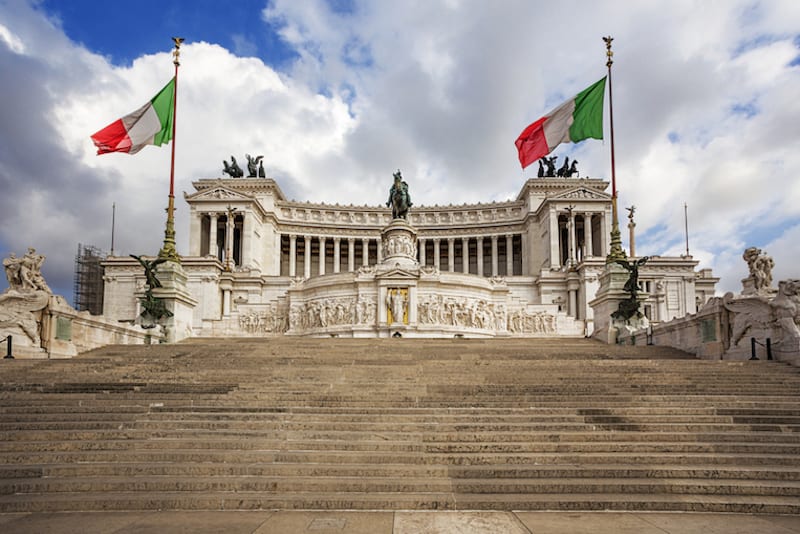 Visitors to the Eternal City can look forward to enjoying the festivities and events during the June 2nd long weekend. Celebrations begin in Rome, with the ceremonial laying of a wreath on the Tomb of the Unknown Soldier. This is followed by the gardens at the Presidential Palace being opened to the public for the long weekend, to much fanfare. Live music performances by members of the Italian Armed Forces precedes by the traditional and highly evocative military parade which marches down Via dei Fori Imperiali to Piazza Venezia. The President of Italy (currently Sergio Mattarella), being the Supreme Commander of the Armed Forces, presides over this military parade: a tradition since 1948.

The highlight of the festivities in Rome is the Frecce Tricolori flyover. The Frecce Tricolori are Italy’s most famous aerial acrobatic group. Every year, 9 members of the group soar high over Rome, trailing long colored smoke tails of Red, White and Green; the colors of the Italian flag. Point your cameras skyward and watch for the planes!

The City of Rice, Arborio

In addition to being a celebration of Italian Independence, La Festa also marks the start of many other Italian summer festivals throughout the country. At the famous Spanish Steps, the azaleas make their annual appearance. With over 700 plants decorating the Trinità dei Monti, it’s no wonder it has gained the reputation of the ‘most beautiful staircase in the world’. Other signs of summer begin to crop up in and around Rome during this time; live music, operas, concerts and open-air markets all begin their summer upswing during the long La Festa weekend.

If you’re looking to visit Italy during La Festa celebrations, keep in mind that it is a national holiday. Public transportation may be running on a modified schedule, or a modified route. Plan accordingly! Some government facilities may be closed, however museums and parks should remain open albeit on a modified schedule. Check in advance. Also, expect larger than normal crowds during this time, due to the nature of the event. Be sure to take in the parade and see all that Rome has to offer. Many areas, such as the Presidential Gardens, will be open to the public and free to visit during the festivities. Check in advance which restaurants, bars or cafes will remain open during festivities, as some will either be closed or have altered hours on the day of the parade.