Travelling Midwest and curious to know what is there to eat, and eat again?  In the city of fountains, also home to the best BBQ joints in the nation, Kansas City has many options for fine to cheap dining and other activities to keep you occupied and satisfied.

On a recent trip to New York, Midwesterners from KC’s popular kitchens, music and other creative studios congregated to bring their tastes and entertainment for ” Kansas in the City.” Here they had the opportunity to share what prospective travelers could eat, do and eat again in the city of fountains.

While Kansas City is best known for its finger licking barbecue joints, over the years the city’s food scene has evolved. Becoming a vibrant destination where chefs work to make “beautiful food for the people.”

Magnolias on the Move– Executive Chef Shanita McAfee-Bryant shares her deep love for southern cuisine via the excellent dishes she creates at Magnolias. Using southern as the foundation for her creations, based on her wealth of experience her southern eats are mixed with international flavors and techniques too. At Magnolia’s, eaters experience modern southern food; Sweet potato is stuffed inside ravioli, Pork Belly is served with grits. Her food truck, delivers eats at random destinations with the option to cater events.

RM39: Farm to table destination rooted in Kansas City’s flavors Executive Chef Ted Habiger takes lead, introducing eaters to honest food. There is no questioning where the produce and ingredients are sourced for the solid menu as the list of MO farmers are displayed on the site. The restaurant is famed for its eclectic dishes whereas the venue can be labelled as hipstery, but the moral of their food story is even the regulars from England will proclaim the food is honest. Try his mushroom pho, mushrooms are sourced from local farm in West Bottom.

The Reiger; hand-crafted cocktails are available in addition to the hotels’ tradition of hospitality and classic American dishes at its restaurant. Together with Chef Howard Hanna, Ryan Maybee ( expert in wines and spirits) is behind the well mixed cocktails. Either try a classic and stronger blend like the Pendergast; Old Grandad Bonded Bourbon, Dolin Rouge, Benedictine, Angostura bitters. Or a seasonal and lighter cocktail like the Beetle-Juice. The Rieger – Chef and partner of the hotel and restaurant Howard Hanna.

Thou Mayest; the destination where “coffee is done right”. Founder Bo Nelson introduces specialty coffee and cocktails in the Crossroads Art District of KC. His goals at Thou Mayest is to feed customers with the right amount of buzzed, from AM to PM with its’ aged coffee barrel selections. Also, to continue the Crossroads Art District philosophy to prosper connections and community growth, via a good drink. What to try? The Caffe Amaro; inspired by the original cafe amaretto found in the birthplace Italy.

Wander through these two neighborhoods to find nightlife or daytime activities. Either clubs or bars playing the soulful tunes of Hermon Mehari or daytime explorations where you make a pit stop in a coffee shop decorated with art by Pat Egger. Celebrating Kansas City. 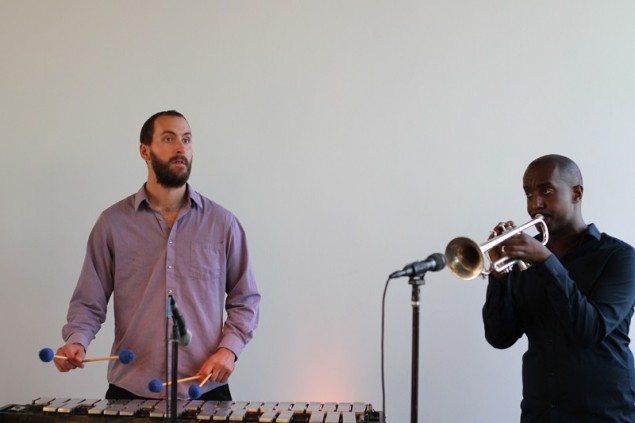 A Dinner of Eights: Eit Restaurant in Rome, Italy