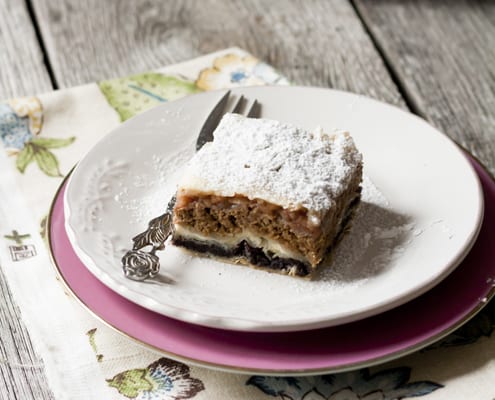 Several different layers make the traditional Croatian Gibanica cake really rich, but it is not complicated to prepare at all.
By Tamara Novacoviç

In the past, gibanica used to be baked in clay dishes, but today it is simply baked in large rectangular pans. It is equally good warm and cold, but I recommend serving it warm.