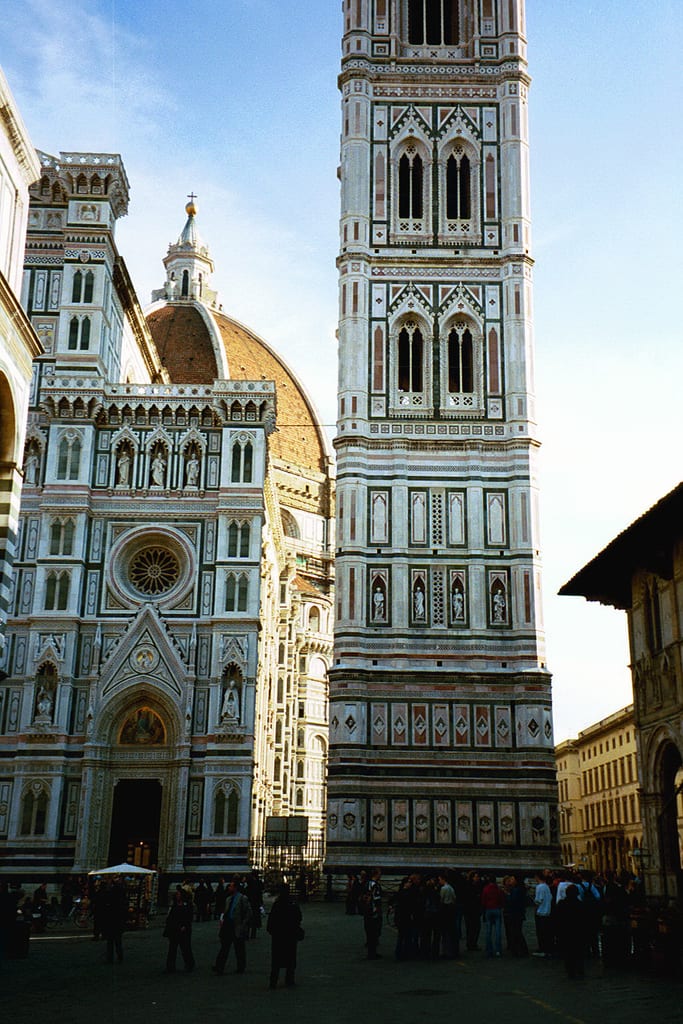 Noah Charney tells us about the origins of peposo, a renaissance recipe.
By Noah Charney 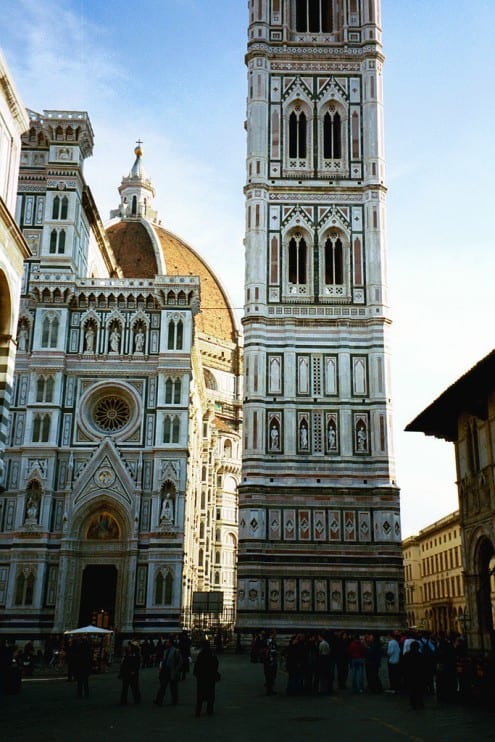 A favorite braising recipe of mine is as simple as it gets, and has a history linked to the history of art (which I teach), so it allows me to both cook and to be didactic (a nice two-for-one deal for professors like me).

The origin story of peposo is linked to the construction of the great dome of Santa Maria del Fiore, the cathedral of Florence, nicknamed the Duomo. The cathedral’s architect, Arnolfo di Cambio, died decades before the dome was built. His plans laid out the drum for what would be the world’s largest dome, but Arnolfo neglected to leave instructions as to how to build the giant dome. A competition was held in Florence, in a search for an architect capable of building it. The main issue was cost. The only way engineers in 15th century Florence knew how to build a dome was to construct an enormous wooden scaffolding beneath the entire space of the dome. This space was so large that an entire forest in Tuscany had been reserved to build the scaffolding — at a huge cost. Giorgio Vasari, the great Mannerist architect and painter, and biographer of Renaissance artists, tells us some of the ideas to build the dome without felling a forest to do so. Someone actually suggested filling the cathedral with soil, into which coins would be scattered. The mountain of soil would support the dome as the workers built it. When they finished, the poor of city would be unleashed in the cathedral, obliged to cart away the thousands of tons of soil, but permitted to keep any coins they found within in. That one didn’t go over so well. But the architect Filippo Brunelleschi, who had studied the ruins of ancient buildings in Rome, and thereby learned the tricks of their architecture, won the commission, by proving that he could balance an egg on a marble tile. Other architects tried, and failed. Then Brunelleschi stepped forward, cracked the egg partially onto the marble, and of course it balanced. Other architects cried foul, shouting “We could have done that.” “Ah,” replied Brunelleschi, “but you didn’t.”  Brunelleschi got the commission, and built the world’s largest dome.

What, you may wonder, does this have to do with stew?  The story of peposo is that it was invented by the tile-makers, who worked night and day to bake around 4 million terracotta tiles for the dome. Working through the chilly night, and without proper cooking skills, they made do with inexpensive cuts of meat and few ingredients. One thing they had to hand was terracotta (clay ware), and a nice fire blazing in an oven. The workers threw the meat, Chianti red wine, whole peppercorns, and whole garlics into a terracotta pot, and pushed the package into the oven to bake, along with the tiles. 4-8 hours later, they pulled out the pot, and feasted on the contents.

The trick with peposo is that you want the meat inside to melt into a sort of hybrid between solid and liquid. The result is eaten with crusty bread, although it can also make a very thick pasta sauce, and washed down with more of the Chianti wine. Nothing could be easier, or more satisfying in cold weather. And the charming origin story, whether or not true, means that you will be enjoying a true Renaissance recipe.

To call this a recipe is a bit aggrandizing. Grab some meat (I like beef shank). The rough proportion is 1 liter of red wine (Chianti if you want to be authentic) for 1 kilo of meat, but as with all fun recipes, precision is not a prerequisite for deliciousness. I use one bottle of red wine (75cl) for whatever size piece of meat I have, aiming for a kilo. To be truly authentic, bake it in terracotta.  Otherwise my trusty Le Creuset is just as good. Whack an entire head of garlic to strip of the skin, and throw it in.  Add whole peppercorns (I’ve heard 15-20 per kilo of meat, but who wants to count?)  And you’re good to go.

Traditional recipes sometimes recommend braising at 130 C for up to 8 hours — overnight. I’ve found that, as long as you braise for at least 5 hours, depending on your meat and temperature, you’ll still come out with the good stuff. You can choose how meaty-versus-saucy you want it to be, and how peppery. But this is so simple, warming, and delicious, you can’t go wrong. Plus, you end up with only one pot to clean.

Enjoy your winter warming, and next time you cook peposo, think back to Brunelleschi and take the opportunity to tell your captive audience, family or dinner party guests a tale from the history of art.