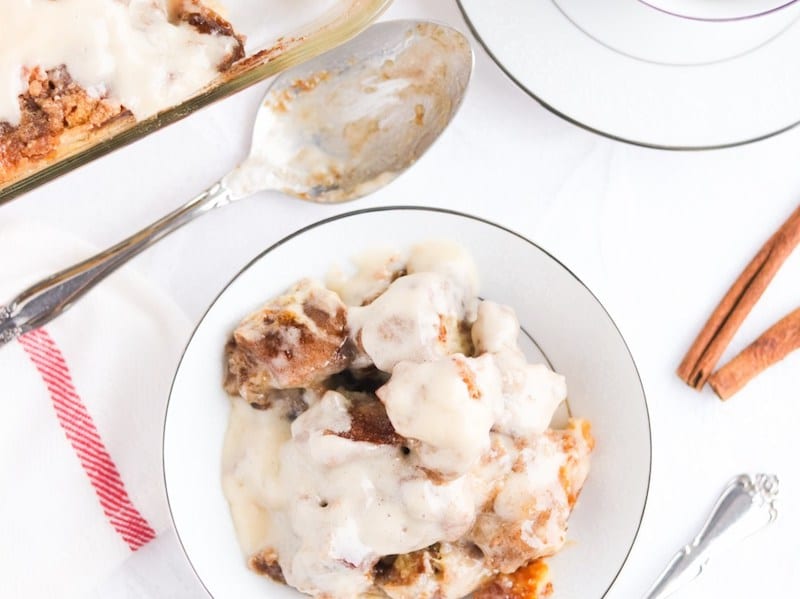 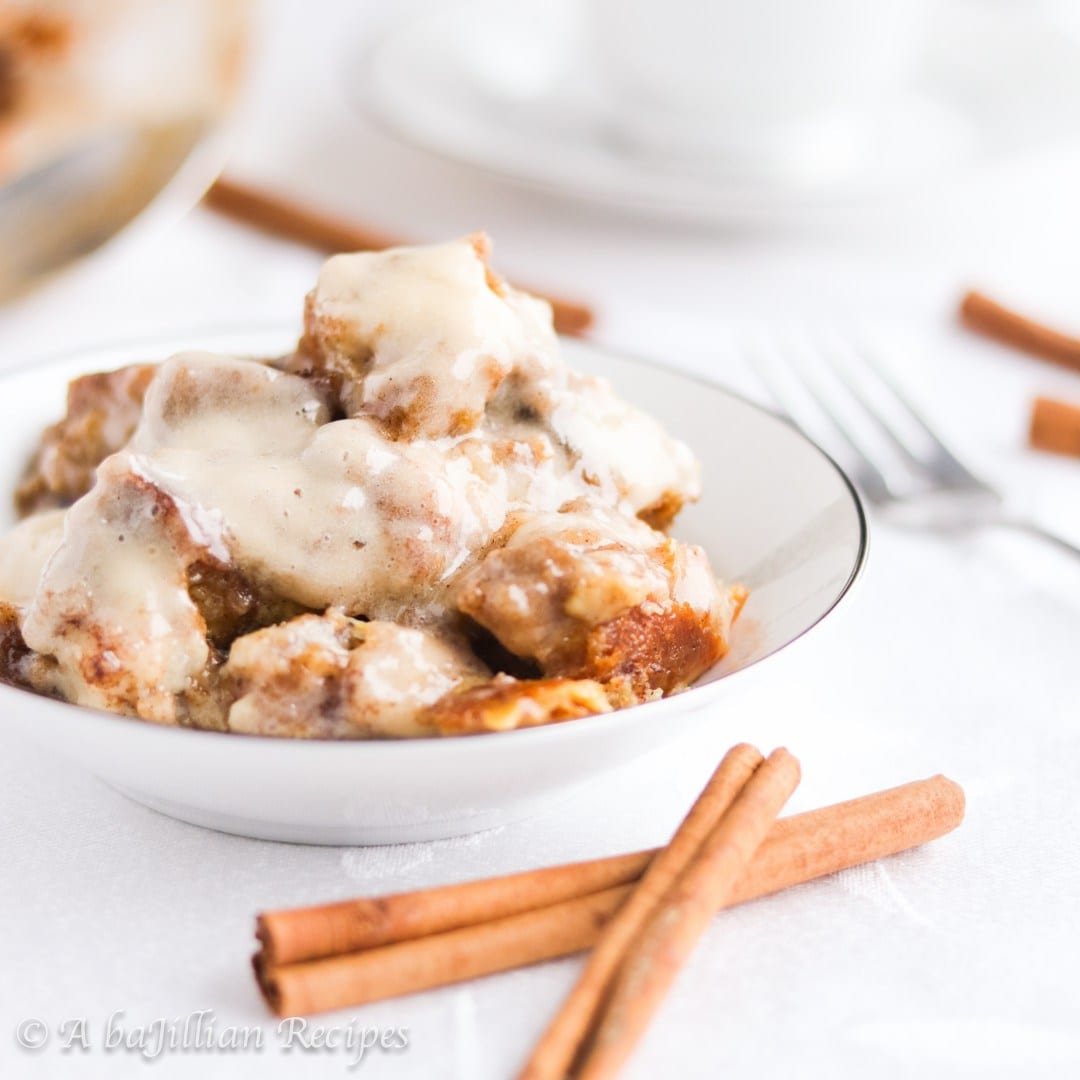 I’ve been obsessed with cinnamon lately. Well, cinnamon SUGAR to be more specific. Not too long ago I posted a recipe for Cinnamon Toast Crunch Cake (which was to-freaking-die-for), and since then I can’t seem to get that cinnamon sugary deliciousness out of my head.

So this week, I decided to satisfy that craving by combining two of my favorite comfort foods–cinnamon rolls and bread pudding! 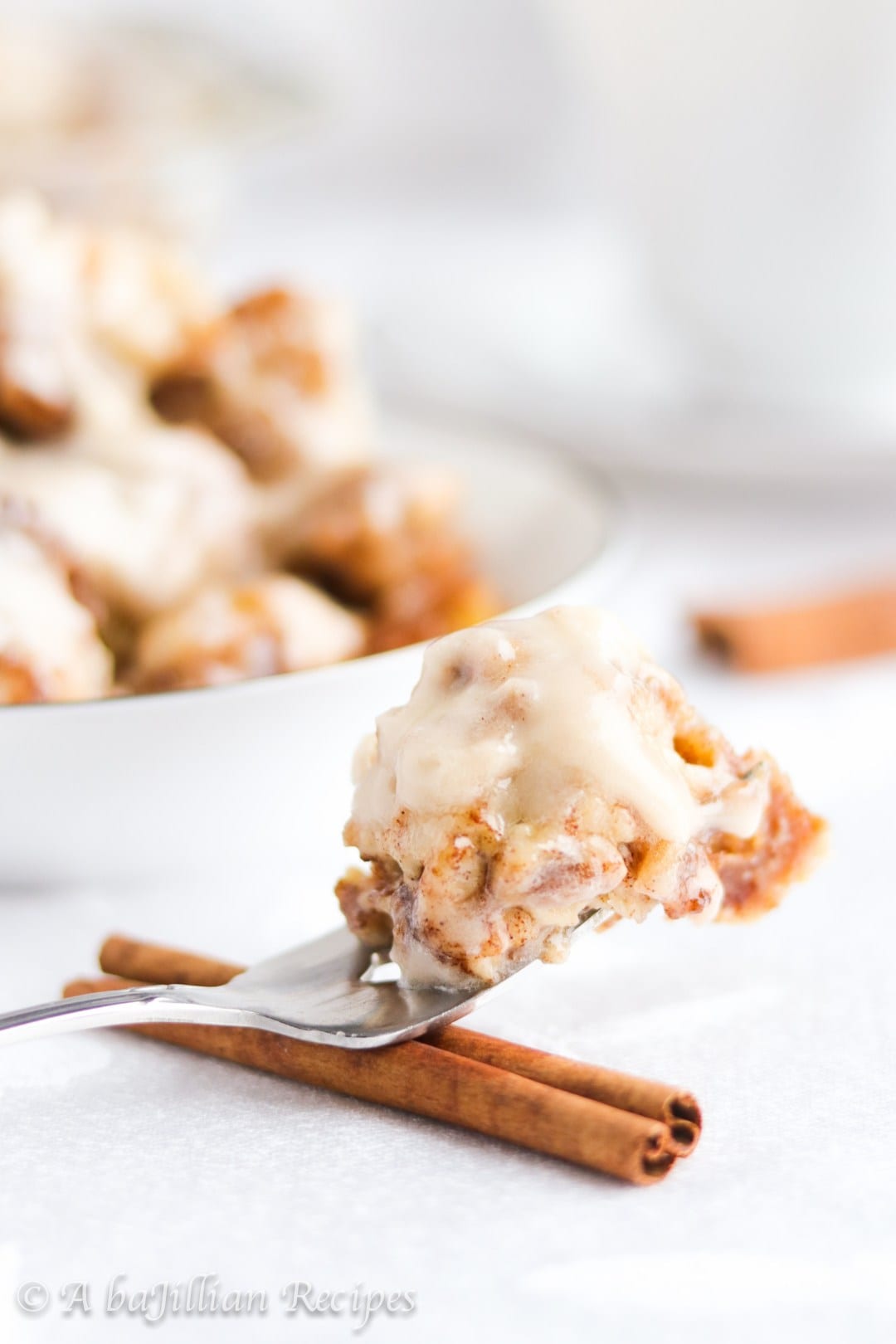 This Cinnamon Roll Bread Pudding is EXACTLY what my tastebuds needed. Warm, doughy, teeming with brown sugar-cinnamon sweetness, and buried in cream cheese icing, this dessert is heaven in a dish. I’m not even exaggerating.

My eyes were instantly captivated as I pulled this beautiful creation out of the oven. No words can describe how tortuous it was to photograph this temptingly sinful dessert as the smells of cinnamon sweetness wafted through the air. Really, you would think I’d be used to this by now. 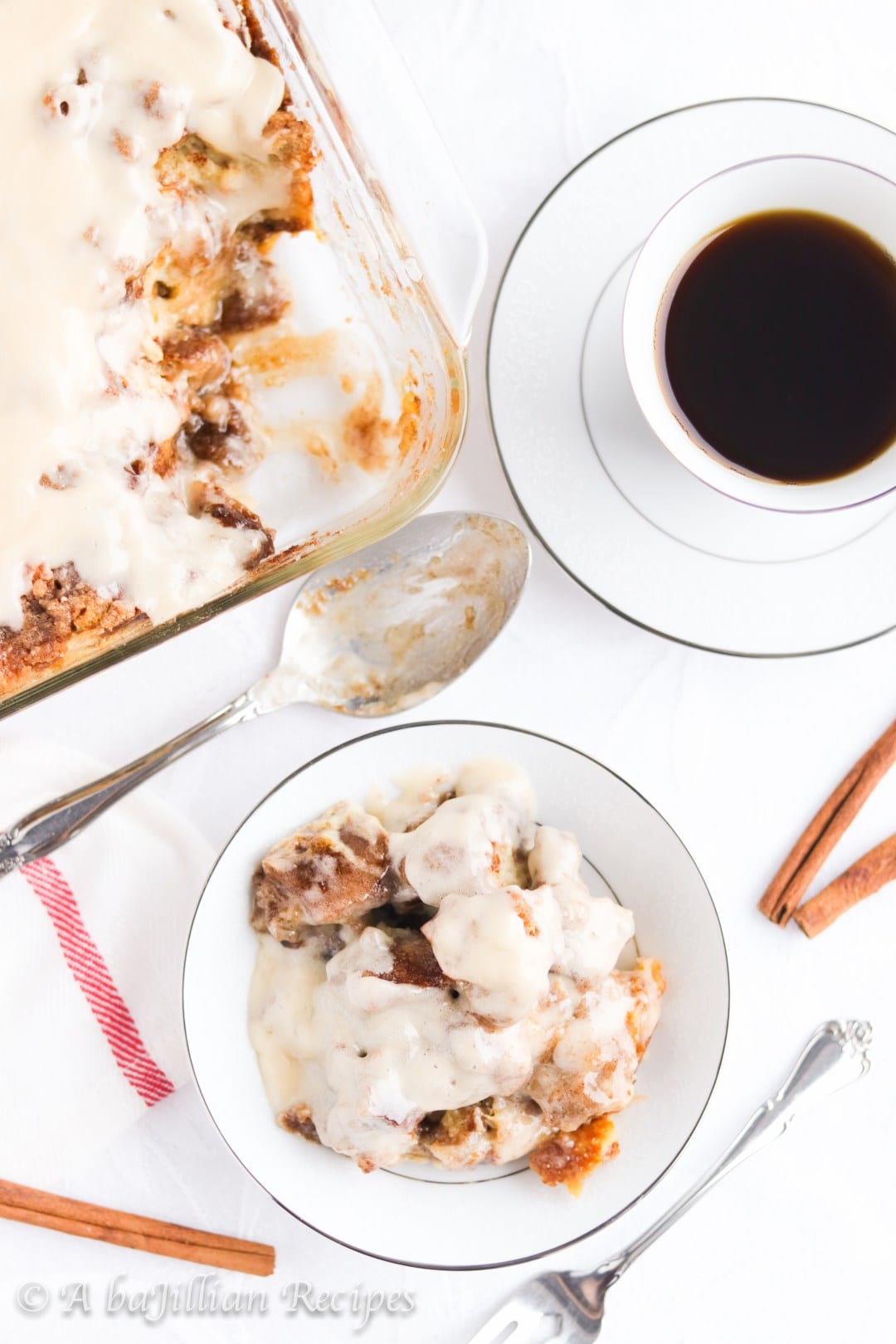 Although there are a few different components to this dessert, it really doesn’t take that long to put together. For one thing, it starts with canned ready-made cinnamon rolls. These are quartered and then scattered into a dish along with some cubed, day-old bread. I ended up using a crusty artisan baguette which I found in the bakery clearance rack of my local grocery store. Really, any bread will due though. I would, however, use a heartier type from the bakery section (French, Challah, etc.), rather than the simple sliced kind you find in the bread aisle.

Once half of the bread and cinnamon rolls are placed into the dish, dollops of maple-sweetened cream cheese are scattered throughout. Because why not? Sure there’s going to be cream cheese icing on top as well, but why not add little pockets of tangy cheesecake-like sweetness to the center of the dish? Best idea ever, right??

After the cream cheese dollops are “dolloped” into the dish, the remaining cinnamon rolls and bread are scattered on top. Next, a mixture of melted butter, brown sugar, cinnamon, eggs, and milk is poured over the entire dish. To allow the bread to soak up as much liquid as possible before baking, I let the dish sit in the refrigerator covered overnight. In the morning (or afternoon, if you’re a sleeper-inner like me), it’s ready to bake in the oven.

But not so fast! This dish gets topped with a generous layer of streusel first. Just combine a little butter with some flour, brown sugar, and cinnamon, and make it rain over the entire dish. THEN it’s ready to bake in the oven for about 45 minutes. It should be golden brown and bubbling. 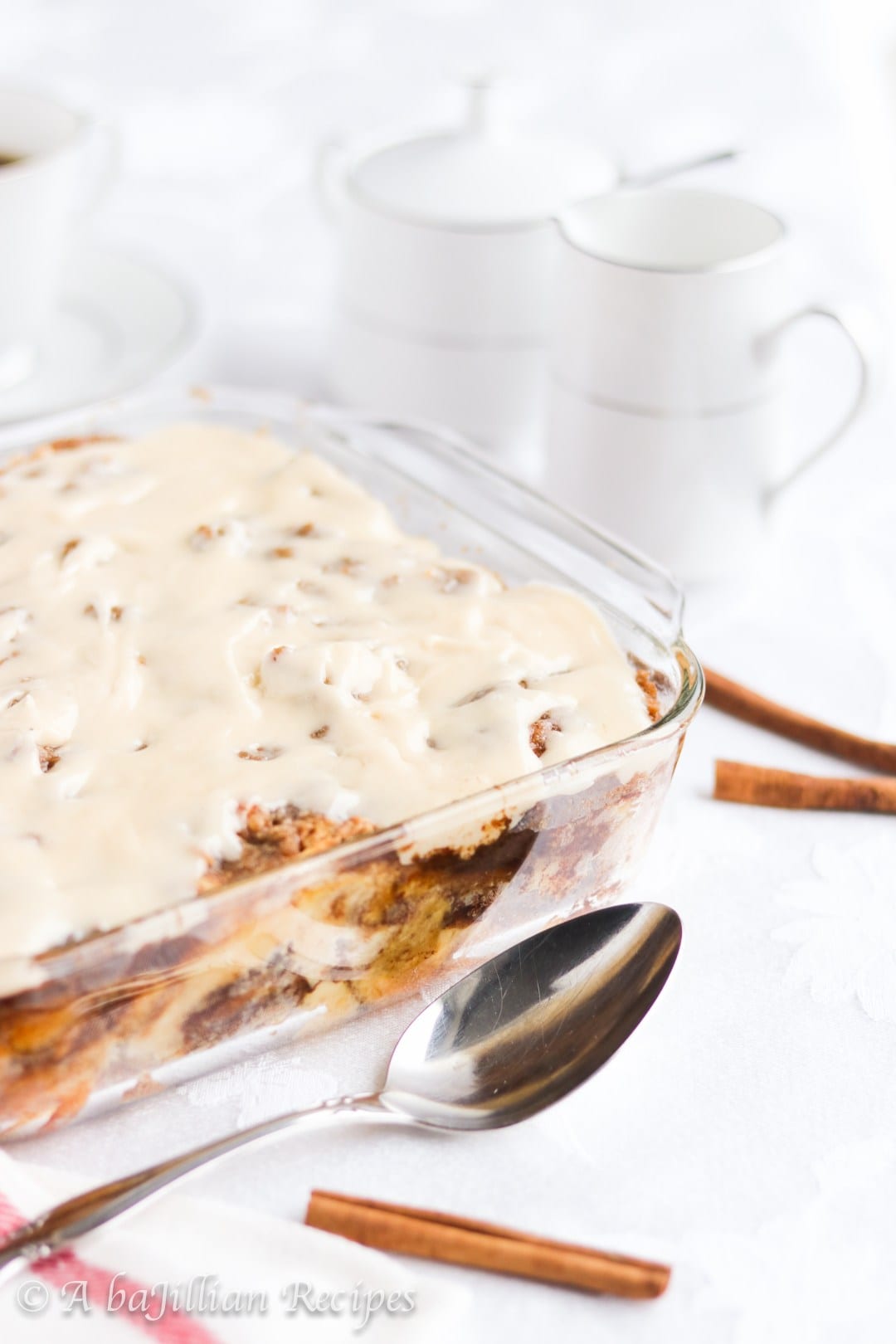 While it’s baking, you can make the cream cheese icing. Whip together some butter, cream cheese, powdered sugar, and a little vanilla until smooth and creamy. Once the bread pudding is done, allow it to rest/cool for about 5 minutes before spreading the icing on top. It takes but just a few minutes for the icing to melt into every single delicious crevice.

I don’t think you can get more comforting than this warm Cinnamon Roll Bread Pudding. With deliciously doughy bits of cinnamon roll, soft custard-soaked cubes of bread, creamy dollops of maple cream cheese filling, toasted brown sugar streusel, and tangy cream cheese icing…this dessert has everything you could ever want in life. 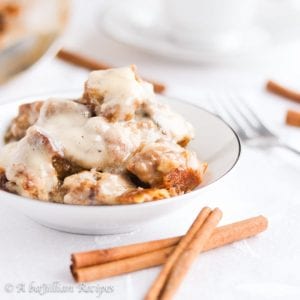