Take your dark, espresso brownies, top them with a brown butter streusel, a fleur de sel ganache, and toasted meringue and you have yourself some dreamy s’mores brownies. 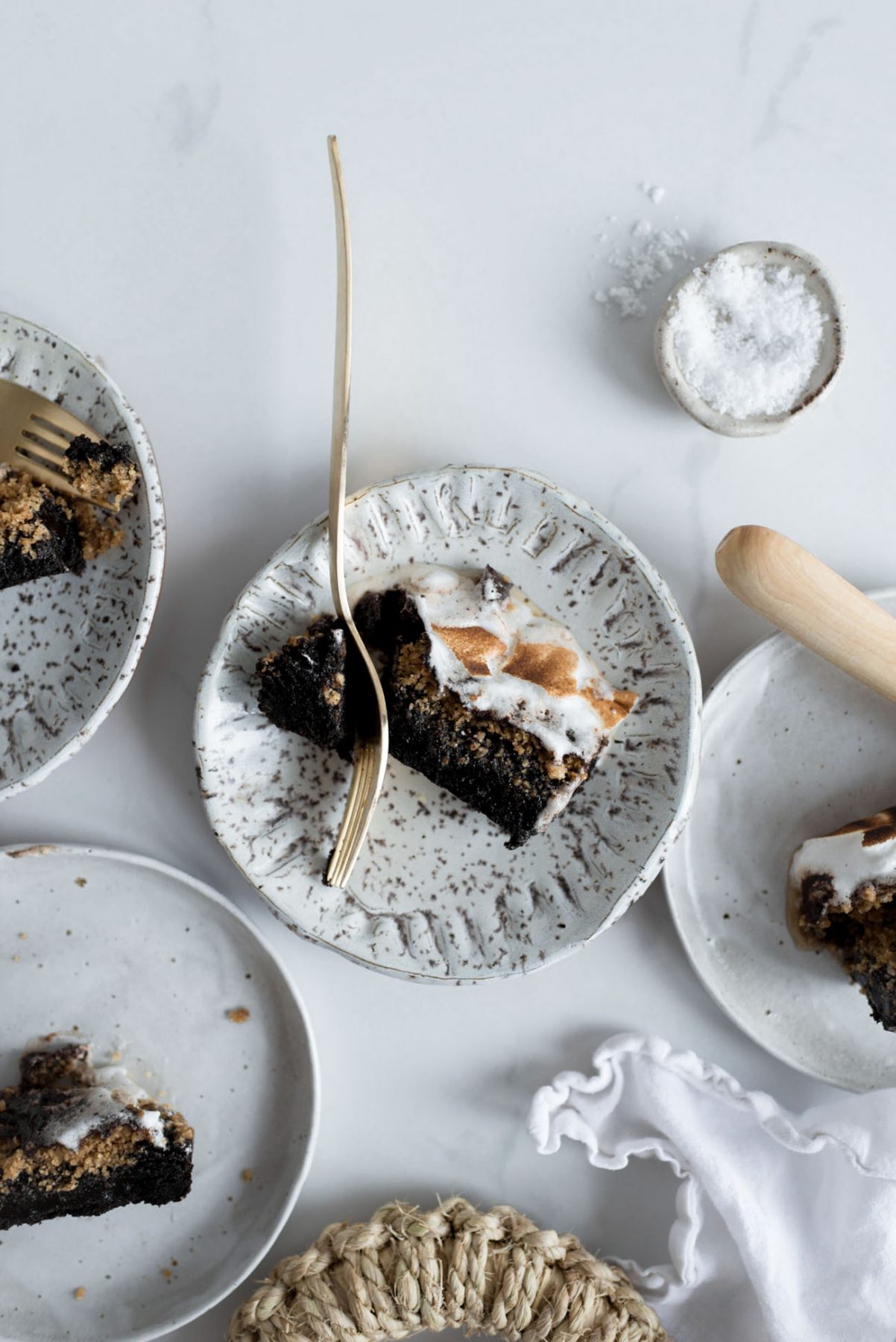 There’s a wealth of s’mores related desserts out there. And for good reason. They’re delicious, in any form. If I could, I would s’more anything. And these S’mores Brownies? They’re too good not to share. The brownie base is my personal favourite cocoa brownie. A brownie that’s extremely fudgy and darkly rich with chocolate. A little hint of espresso too. There’s a layer of salty brown butter streusel over the brownie, along with a generous slather of fleur de sel ganache. And torched swiss meringue, to coat. A sprinkling of flaked salt to finish, not mandatory, but, not entirely optional either. Always do the salt. 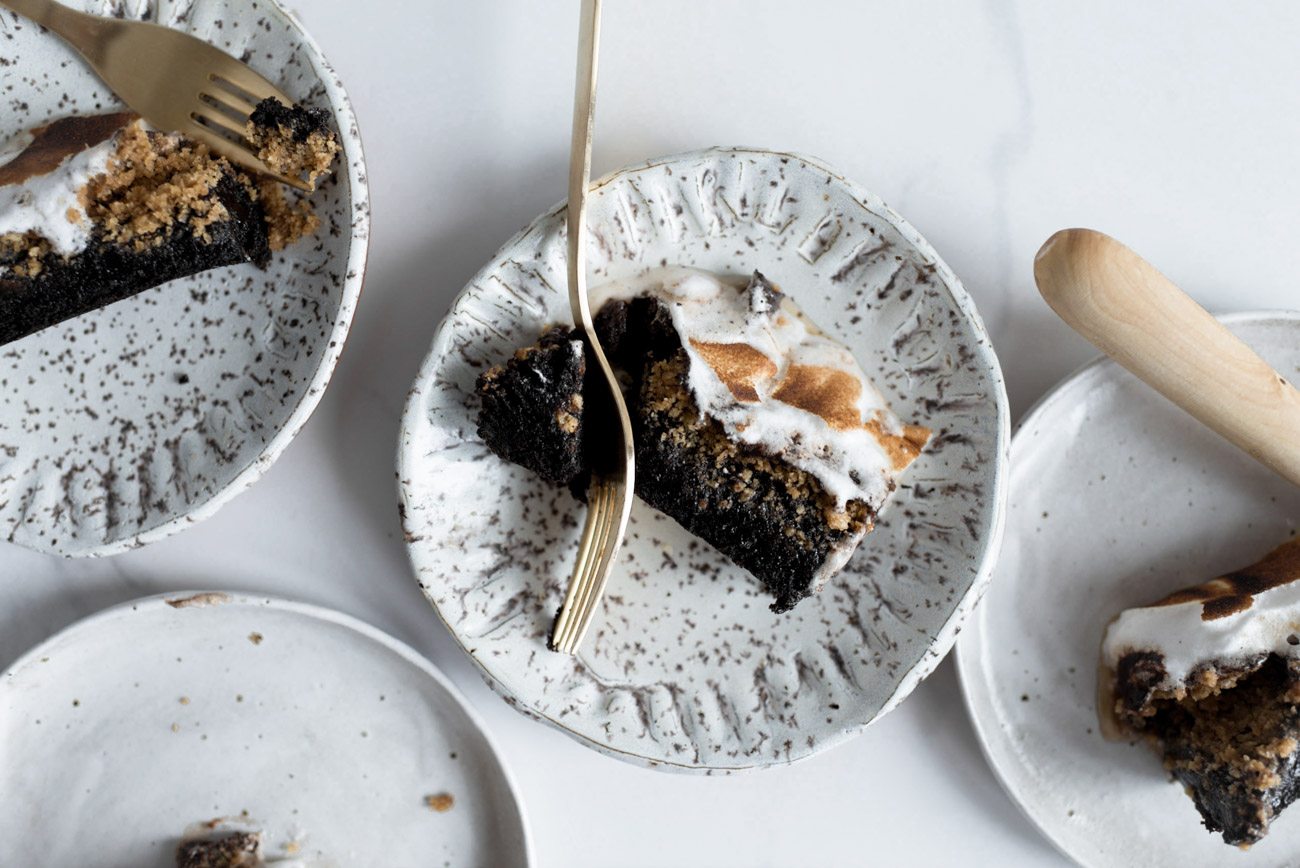 – this recipes makes for a lot of brownie (i wouldn’t have it any other way). if you’re not too keen on making a large slab brownie, the recipe’s are easily adaptable into being made into half batches – just use a smaller tin for the baking process.

– the brownie is incredibly dense and fudg-y. as such, i don’t like to put it into the refrigerator for too long, as it firms up and can lose that delicious chocolate chewy texture. if you do, i recommend always bringing the brownie to room temperature before serving.

– it’s a little hard in Australia to source graham’s, so, if you can’t find them or don’t have them on hand – you can substitute another biscuit into the streusel. speculaas would work wonders. 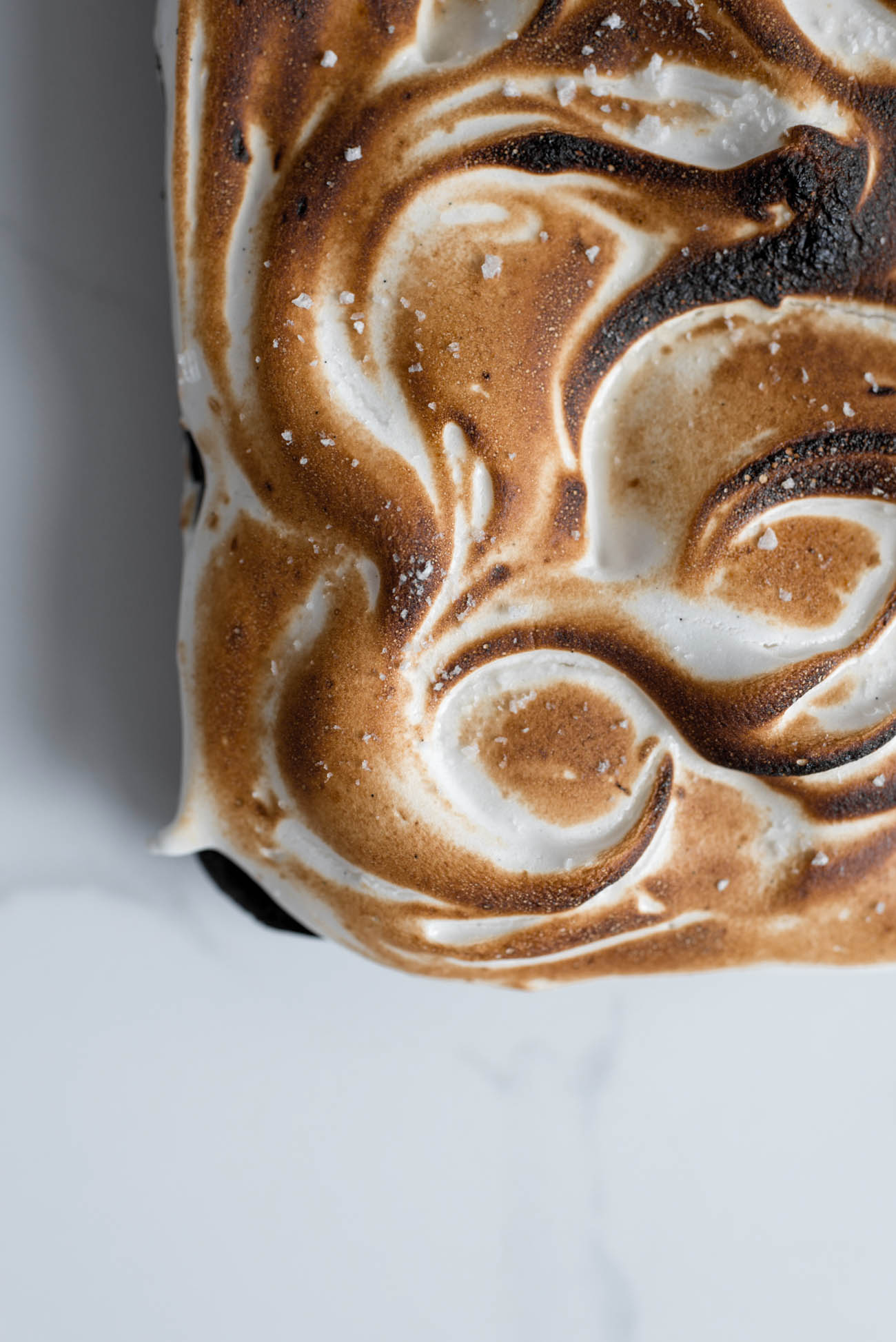