Kelsey Hilts visits family in North Carolina, and gets a hands-on crash-course in Barbecue.
By Kelsey Hilts 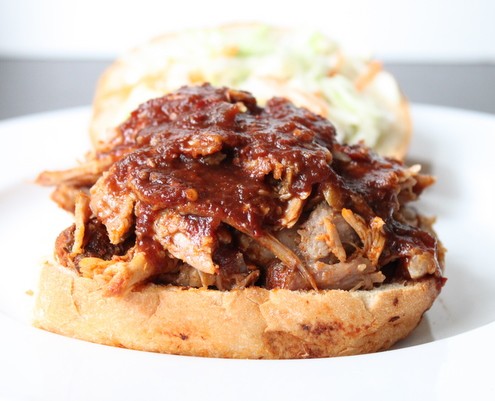 Being from the Pacific Northwest, I am a novice at Barbecue.  To be exact, I have hosted and been to countless BBQs and my family would grill just about anything on the BBQ. But as for Barbecue as it is known in the American South {and other parts of the world} I have been completely in the dark.  So last summer when I took a trip to North Carolina to visit family I had a hands-on crash-course in Barbecue.

Beyond social gatherings and the apparatus on which we grill food, BBQ (also known as barbecue and barbeque) refers to a method of slow-cooking a meat (traditionally pork in the US) with indirect heat or smoke.  There are several methods of cooking barbecue and different regions are known for their unique style of barbecue sauce.  In general, the motto for cooking is “low and slow” because the meat is cooked at low heat over a long period of time.  The term “pulled pork” comes from this method because the end result is a piece of pork that you can easily pull apart and shred into small pieces for sandwiches and other dishes.

During our visit last summer, I discovered that my favorite style of BBQ to date is paired with spicy vinegar-based sauces and I fell in love with one in particular.  Friends of our family gave us some jars of their homemade vinegar-based sauce with rich and complex undertones of coffee, molasses and spices.  The sandwiches they made for us with a vinegar-based slaw (coleslaw) is what I have been trying to recreate.  {They are now marketing their sauces so if you happen to be in North Carolina I recommend that you look for Fireside sauces!}

Since our trip, I have yet to make a sauce that I love but my family has mastered the part of cooking the meat.  This is a process that intimidated me before but it turns out to be quite simple, as long as you have plenty of time to let the meat cook slowly.

For some barbecue connoisseurs it is all about the meat and they prefer to enjoy BBQ without any sauce at all to fully appreciate the rich, smoky flavor of the meat.  I like sauce but until I find the perfect recipe from scratch, I prefer to use our friends’ version, now shipped to us with an official label: Fireside Blackjack BBQ Sauce – Hot!  As for the slaw, I prefer the vinegar based salads over the creamy versions.  I went the easy route and simply mixed some Litehouse Bleu Cheese Vinaigrette Dressing with pre-packaged coleslaw mix for a light, vinegar-based side.  (Blue cheese may not be a traditional ingredient in Barbecue but the flavor complements the spicy BBQ sauce very well.)

One piece of meat will feed a lot of people so this meal is perfect for all of your summer BBQs and cookouts coming up. 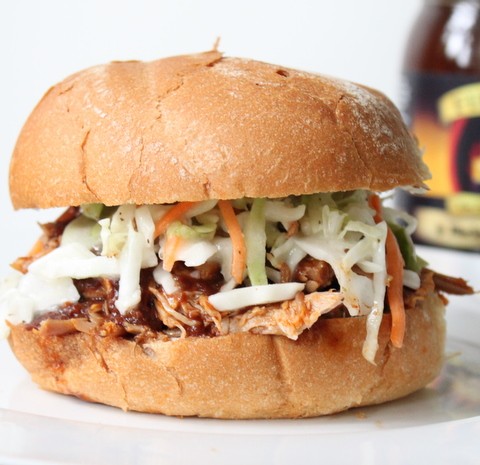