Apple spice cake with cookie butter mixed right into the batter is swirled with a cinnamon and nutmeg spiced cheesecake. Cinnamon whipped cream with walnuts and cookies finish this decadent dessert.
By Kathleen Siegle 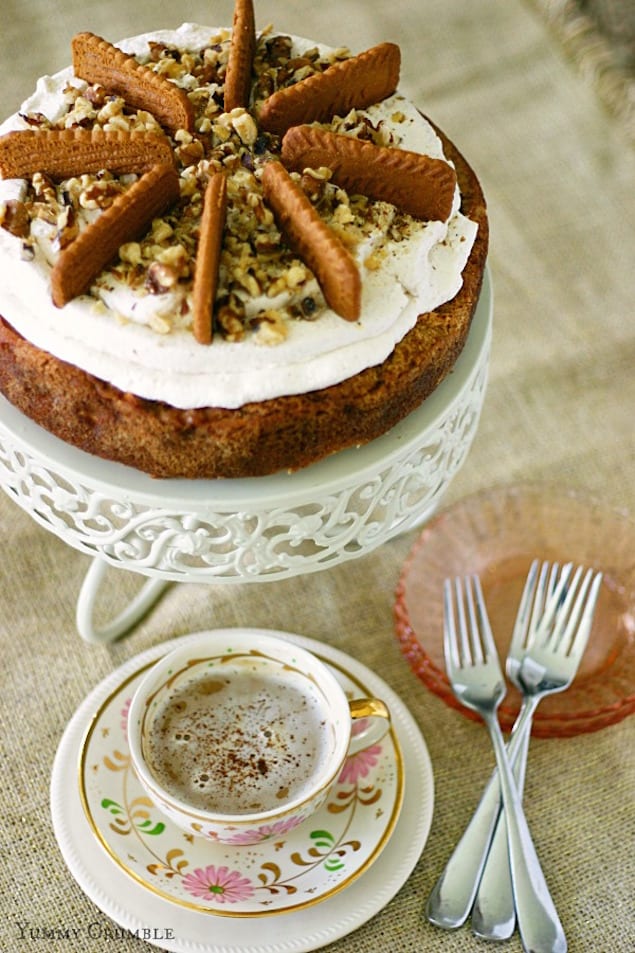 I’ve been wanting to make something with spiced apple and my beloved cookie butter as soon as I noticed the first signs of fall. Now, what’s Florida’s first sign of fall you wonder? Why, it’s the Starbucks Pumpkin Spice Latte chalkboard sign Ya’ll! And yes, said Starbucks chalkboard sign is most likely sweltering in the 85 degree heat. We don’t get the “changing of the leaves” you lucky lucky northerners you. If you’re sensing some jealousy in my tone, let’s just switch to a yummy topic. 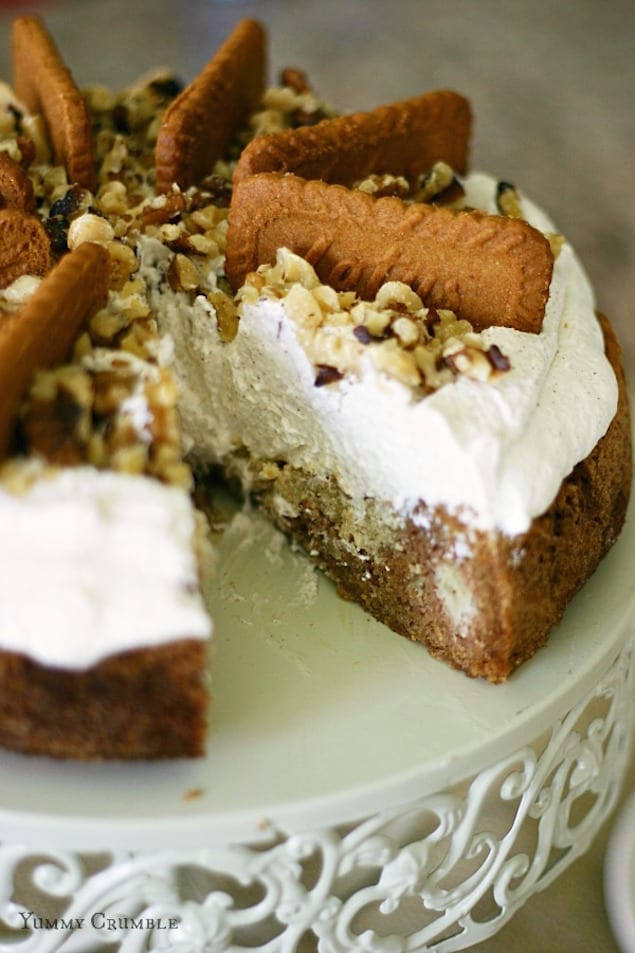 The cake is a scrumptious spiced apple cake with big bits of green apple and a 1/4 cup of cookie butter blended right into the batter. It’s insanely perfect. Perfectly insane. Then on top is one of my most favorite things ever in the history of all things. Homemade. Cinnamon. Whipped. Cream.