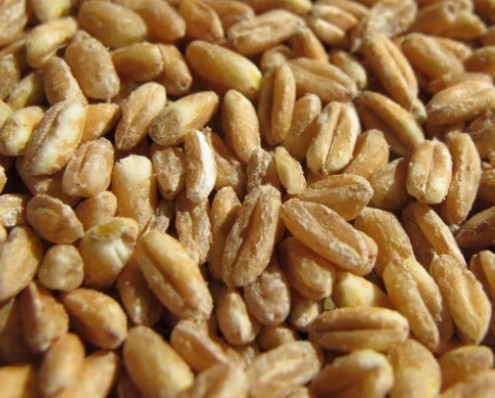 Linguini With Garlic And Mushrooms

Steen Hanssen goes all grainy on us, and sings the praises of Spelt, an ancient wheat variety in the midst of a comeback.
Text And Photos by Steen Hanssen

Dinkel or in English “spelt” is a golden brown colored, sweet and nutty flavored ancient grain of the wheat family, believed to have been first cultivated across central Europe around 3000 BC, where traces of Dinkel grain have been found at Neolithic settlements. Dinkel was a particular dominant crop in Eastern Europe up until the middle ages where it increasingly gave way to wheat.

Fortunately, over past few decades Dinkel has experienced somewhat of a revival (at least in Germany) caused by the organic movement and their focus on ancient organic grains, recipes and cultivation methods.  Since returning to Berlin, I’ve noticed the use of spelt in various products ranging from oats, beer, coffee, Spätzle, Knödel, risotto, various bread rolls & baguettes and recently I even saw it being sold as pillow filling material at my local Winterfeldt market! I seriously contemplate experimenting with spelt flour for pizza and flammkuchen dough as well.

Some 800 years ago in the Palatinate Forest a Benedictine abbess, philosopher and proto-food blogger by 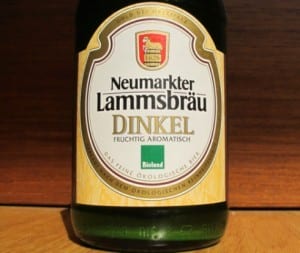 the name Hildegard von Bingen spent consideralble time writing botanical and medicinal texts promoting nourishing foods and herbs. On Dinkle she wrote “Spelt is the best of crops… it will give you good blood and make you happy”. In Germany Hildegard von Bingen has become an icon of the organic (back to the roots) movement and her teachings about what constitutes healthy foods and beverages are still practiced today.

Besides promoting spelt, goat milk, fennel, chestnuts and other healthy foods, Hildegard von Bingen is also acknowledged  for her work as a medieval music composer and author credited for writing the first account in human literature on the female orgasm. By all accounts a fascinating historical figure who continues to be relevant today.

Linguini With Garlic And Mushrooms