PARTNER POST: Reinvent potato recipes to be fresher and lighter in the new year. Make it your resolution to try these dishes as nutritious packed lunch ideas.
Revisit the classic baked potato and load it up with Greek yogurt and vegetables like kale and brussels sprouts.
By Alyssa Ponticello 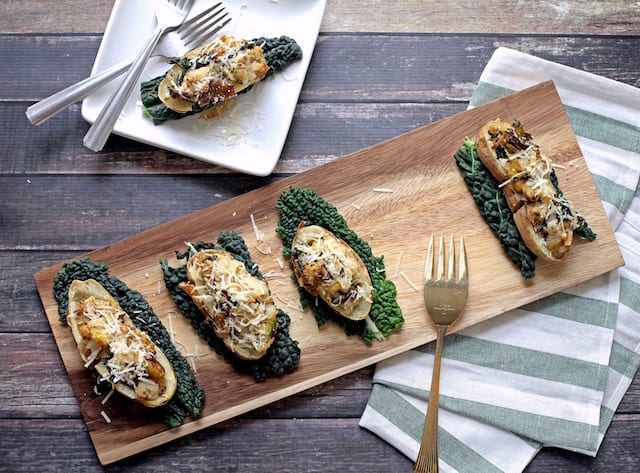 You say potato, I say….have you seen all the delicious things you can make with them?! Like French fries, and hash browns, and potato salad, and gnocchi, and creamy soup, and potato skins?! I know, I can hardly contain my excitement either! I mean, so.much.deliciousness. It’s enough to keep a girl fed for a week straight.

Of course, potatoes don’t have to be fried or covered in cheese to be yummy. For example, they can be mixed with vegetables, seasonings and Greek yogurt, stuffed back into their skins (which, bonus, is full of fiber!), and sprinkled with just a touch of parmesan cheese, ya know, like a loaded twice baked potato or something. 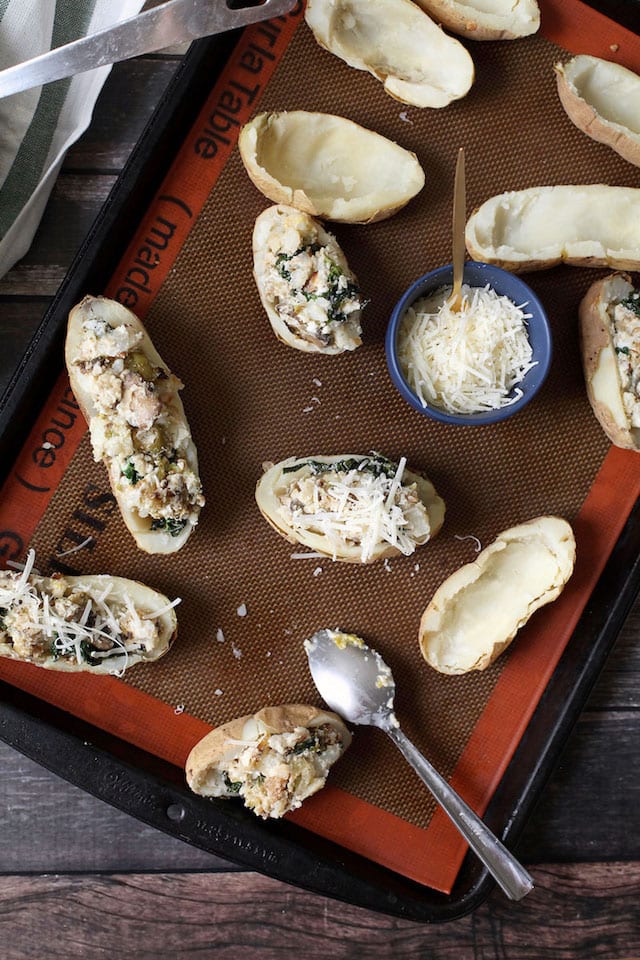 Twice baked potatoes have actually been a favorite of mine since I was a kid. However, the traditional ones, loaded with cheese, sour cream and more cheese, were in need of a bit of a makeover, especially this time of year when we’ve all got healthy resolutions to keep and weight loss goals to meet. Besides, what’s the point of all of a potato’s nutritional value (more potassium than a banana, vitamin C, B6, Iron) if it’s just covered in calories and fat? These lightened + loaded twice baked potatoes (Did you know a medium-sized baked potato has only 110 calories in it?! And it is fat, sodium and cholesterol free, to boot!) do the just the trick in packing a double punch of nutrition and flavor and are perfect for lunch, eaten as a side dish at dinner, or even served as a snack (perhaps in place of their high-calorie cousin at a little thing coming up that starts with ‘super’ and ends with ‘bowl’?). 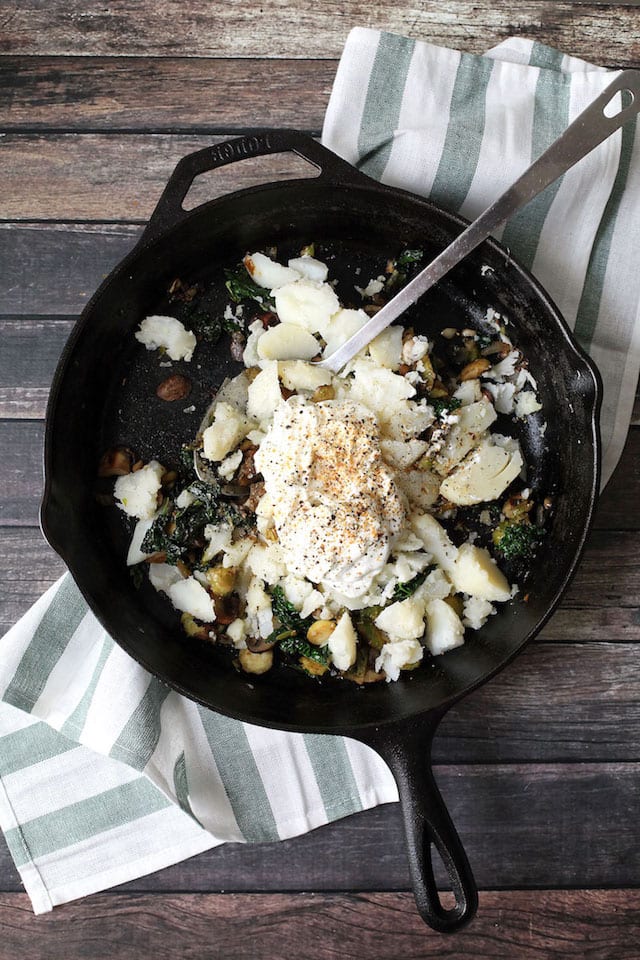