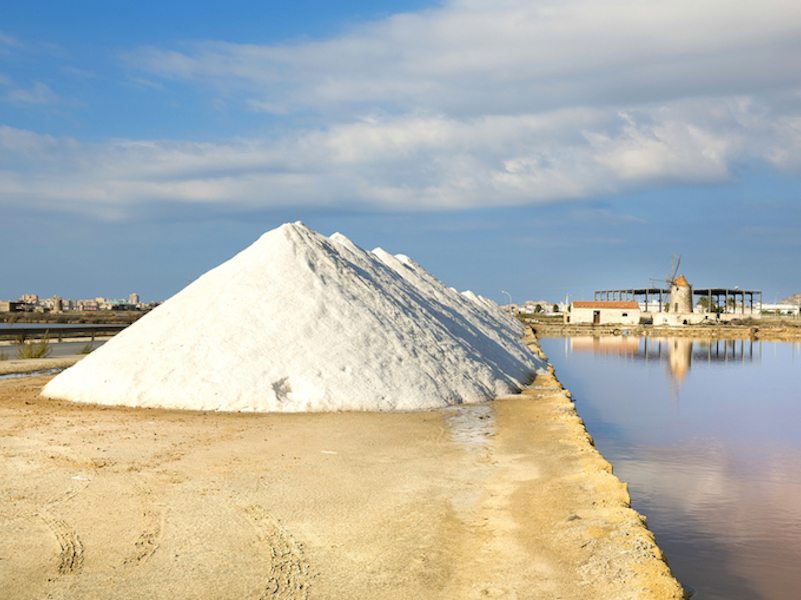 A secret to Italian cooking, discover the land of Sicilian salt. 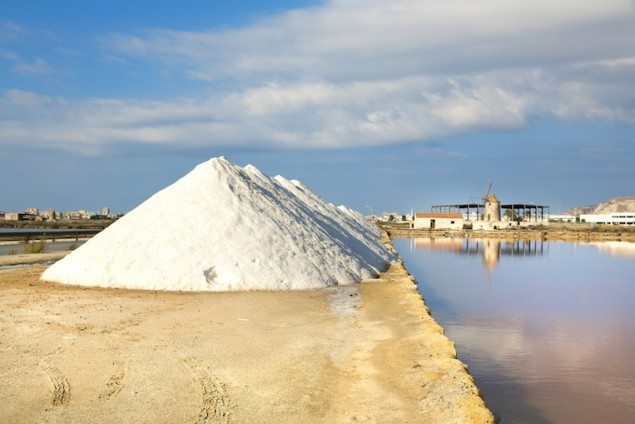 It never get old to reiterate that the key of to Italian cuisine is to always use the highest quality of ingredients. The Italian territory, while being of small size, possesses culinary treasures that constitute the nation’s oil. Only these unique products (many of which PDO and Slow Food Presidium) make inimitable one of the most popular cuisines in the world.?The Sicilian salt, along the road that leads from Trapani to Marsala (Western Sicily) is one of those valuable goods that enrich with special tastes of the dishes not only of the island but of the whole country.

The integral artisanal Trapani sea salt (Slow Food Presidium and IGP) is grown in a natural habitat of great charm and beauty: the WWF Trapani Salt Reserve and Marsala Stagnone, oasis frequented by herons, egrets, pink flamingos and other birds typical of wetlands.
Trapani sea salt is born from the simple evaporation of sea water, thanks to the many winds that blow this area of the Sicilian coast. And it is the wind, along with other natural elements such as sea water and the sun, that creates the so-called “white gold”.

The salt flats are a strikingly beautiful. They are made of water, windmills and white pyramids of salt. The colors of the salt are constantly changing, depending on the different stages of maturation of rooms: from blue to green, from pink to deep orange (after curing), the dazzling white, shortly before harvest, makes the tanks similar in ice fields, on which to skate, or fields of fresh snow.
This salt has undisputed properties. It contains more potassium, more magnesium and a minor amount of sodium chloride. It also has an intense flavor, so, it only takes a small amount, compared to other types of salt.

Sea salt is obtained by evaporation of sea water, which is introduced in the salt flats through Archimedes coil (also known as Spiral). The water enters the first tank, then passes from one to another with a flow that is controlled by the skilled hands of man. The transition from one tank to another (the number of tanks varies with the abstention of saline), and the effect of evaporation due to sun and wind, determine an increase in salt concentration. In the servant tank, finally, the water becomes saturated and ready to be immersed in the salt pans, to deposit the sea salt. The cycle lasts from June to September. Weather permitting, the first crop is made after 50 days from the start of cultivation (in September), the second after 30 days. Is picked by hand by workers with shovel and wheelbarrow, and make heaps of salt in “Arioni” spaces in front of the salt pans.

Trapani sea salt is harvested by hand from the salari and does not undergo refining processes or washes that alter the properties. Instead, in the industrial production, the collection is done by mechanical means and, in the processing step, the salt undergoes processes of refining and the additions of other mineral salts, providing an entirely different product.

A humble product, Trapani sea salt contributes to the flavor of specialties of Sicilian and Italian foods.

During your next trip to Sicily to discover its artistic and culinary heritage, be sure to visit this piece of Italian history where the salt pans date back to 500.

Trapani salt is also available in the best Italian or Sicilian specialties.

Salt and Wine: A Mouthwatering Duo