These wraps are perfect for back-to-school because they can be made ahead of time, ready to go for lunches, after-school snacks and busy weeknight dinners.
By Kelsey Hilts 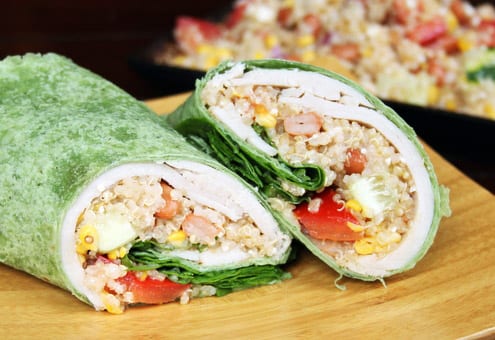 Carrots, Fingerlings and Chanterelles Cooked In Hay With Seaweed Pesto