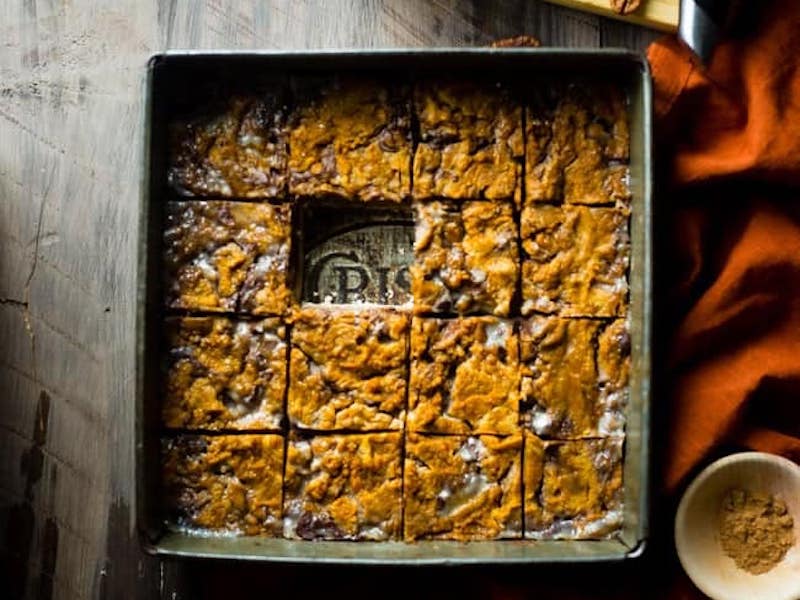 These paleo pumpkin magic bars are a gluten free and vegan-friendly version of the classic dessert, but this time packed with fall spices. 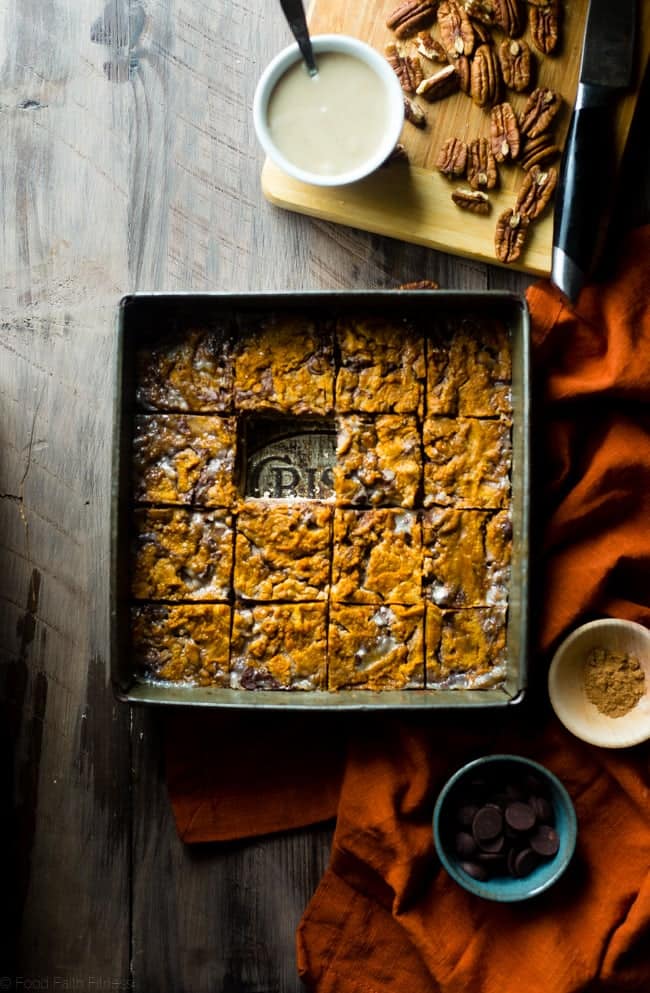 A layer of crispy, toasty pecans dancing around with superthick, maple-flavored coconut milk.

AND A SWIRL of spicy-sweet PUMPKIN.

IN EVERY. SINGLE. BITE. Liiiiike, ALL OF THAT YUMMINESS.

In your mouth. At once. In your VRY VRY real, RIGHT NOW life. 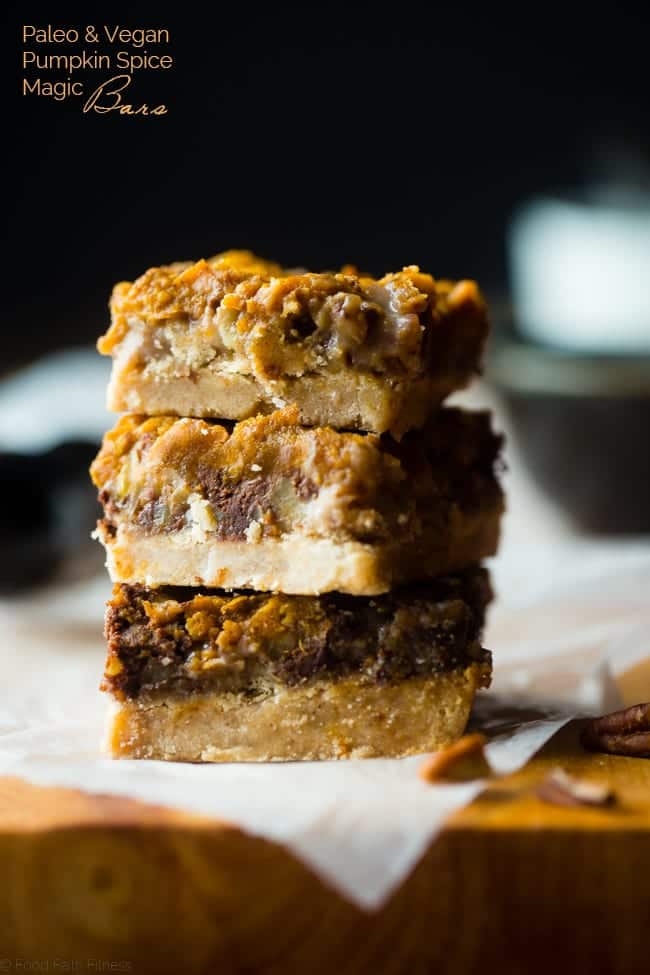 I probably don’t even need to tell you where the idea of these crunchy bites of sweet, sweet gooey fall-dessert deliciousness came from. The normal (but still EPIC) paleo magic cookie bars from last year basically BROKE the internet. Ya’ll thought they were pretty rad and you liked the happy good-food-feelings that they gave your healthy-dessert-craving taste buds.

Since it’s the fall, the only logical next step was to PUMPKIN the MAGIC COOKIE BARS. 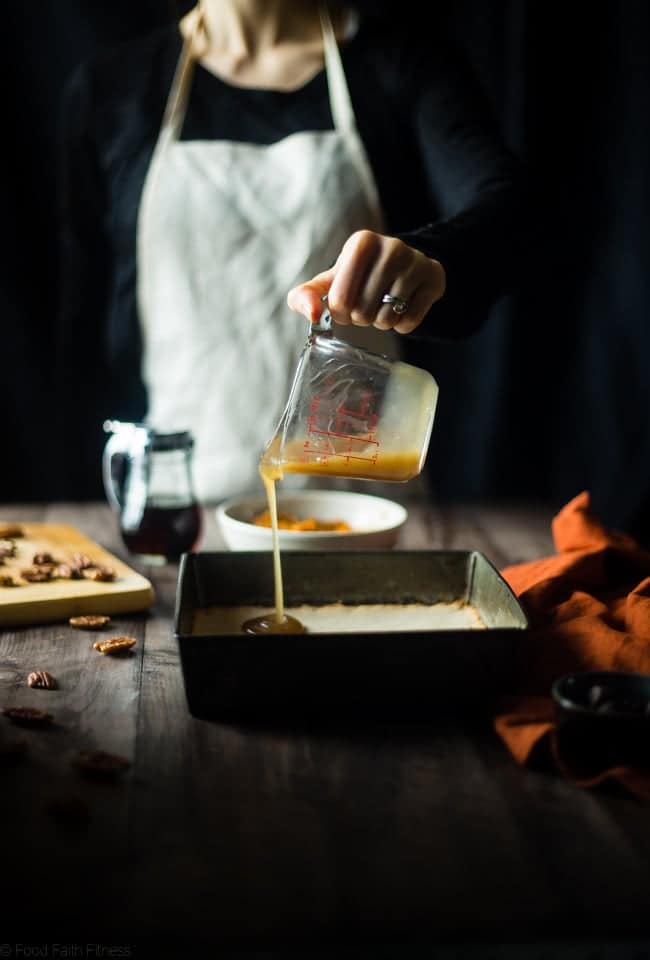 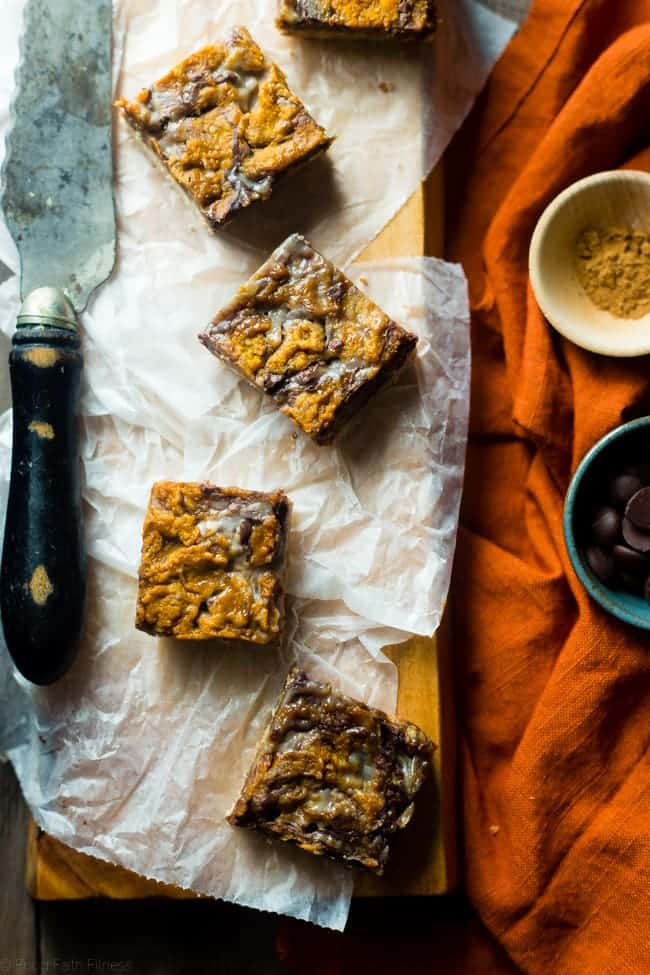 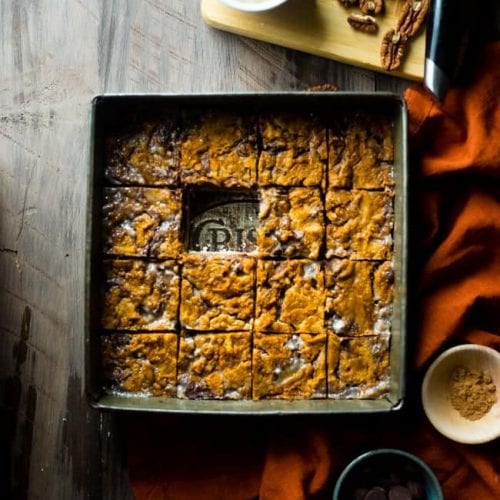 * The coconut flour I usually use needed 1 cup, but I also tried it with a different brand and 66g was only less than 1 cup. So, PLEASE weigh your flour first before trying to make the crust. As long as you use 95g you'll be good. **Don't start making the condensed milk until the crust comes out of the oven, as I've got it all timed so the crust has enough time to set up, before you pour the milk on. *** You need to make sure you end up with 1 1/4 cups milk, no more, no less. This can take varying times, depending in your stove/pot size. I recommend boiling 12 or 13 minutes, measuring and then pouring back into the pot and reducing a few more minutes if need be. It's annoying, but necessary. **** You NEED to let these sit overnight to make sure the coconut milk really has a chance to chill and thicken. ***** I find an offset spatula to be really helpful to get these out of the pan!