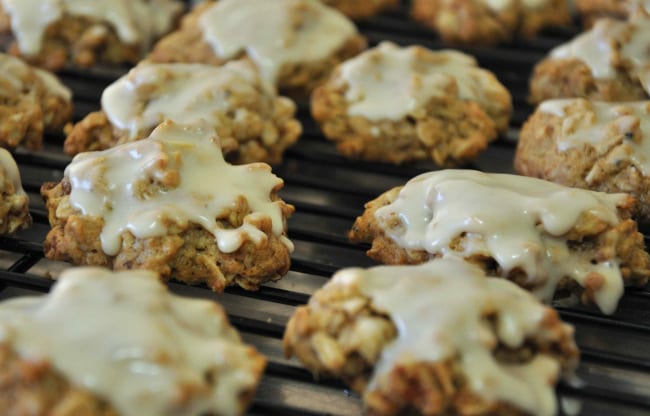 The first American to graduate from the Ecole Supérieure de…

This quick drop cookie isn’t far from the oatmeal raisin cookies of youth, but this version replaces the raisins with pecans. The frosting — a simple combination of powdered sugar, whisky and cream — dresses it up for grown-ups, and since is not cooked, the whiskey comes through with a pleasant little nip.
By Alisha Lumea & Polly Legendre 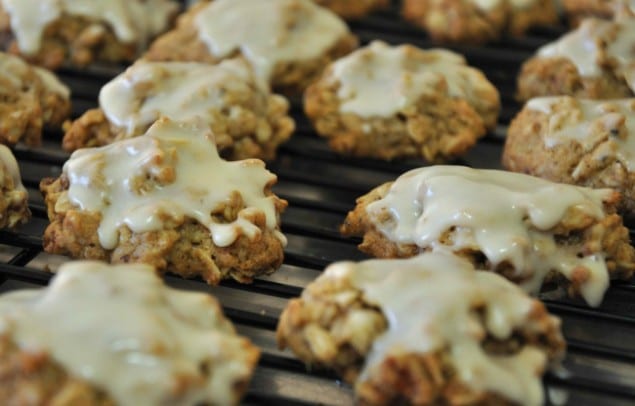