Enjoy festive cuban rum cocktails along with tasty vegetarian eats at the Cienfuegos, Cuban cocktail bar located in the lower east side NYC. 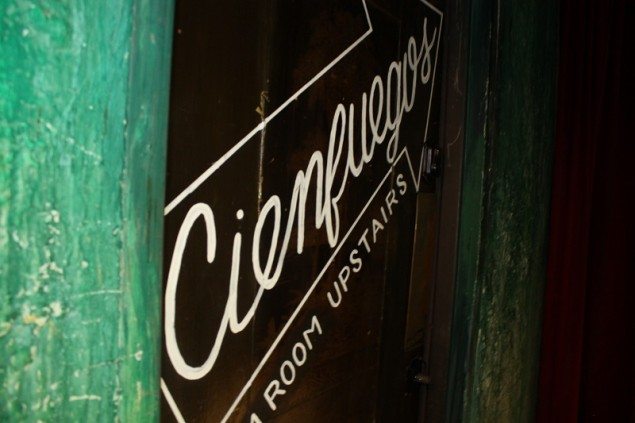 Push through the hidden black door entrance, to walk up the stairwell, finding yourself in a beautiful rendition of Southern Cuba. Drawing inspiration from its mother land or as the city is best known the ‘Pearl of the South. Stroll past the gates similar to the historic and beautiful Cementerio La Reina, to find seating in the rustic and vibrant venue The walls are streaked in a turquoise color reminiscent of Cienfuegos a city fusing Parisian elegance with fiery Caribbean spirit, where the streets are lined with strikingly colorful houses. Among the color and rusticity, stringed lights envelope the dining spaces, including the buzzing bar; home to the infamous shareable punch bowls and rum cocktails. Combined with the Cuban melodies, Cienfuegos becomes a romantic and open space , fueling the heart and body for conversations in preparation for the meals and drinks to come. So what is there to come? 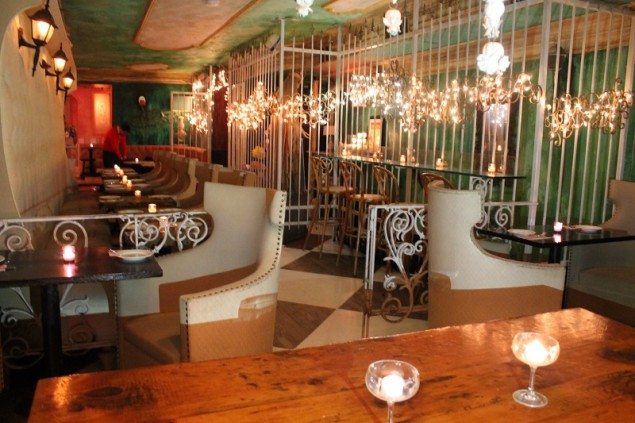 With the environment changing for the worst, (New York’s flip floppy weather is clearly proof) Cienfuegos decided to take a strong stance to protect the land we all live on.  Removing all meats from the menu, the restaurant is gleefully vegetarian. Taking the vegetarian route means there will be less greenhouse gas emissions damaging the earth. Did you know “A staggering 51 percent or more of global greenhouse-gas emissions are caused by animal agriculture. When land is used to raise animals instead of crops, precious water and soil are lost, trees are cut down to make land for grazing or factory-farm sheds, and untreated animal waste pollutes rivers and streams”, according to PETA.org

Cienfuegos touches our hearts while filling our stomachs with pure love. While it is unheard of for Cuban cuisine to be vegetarian, Cienfuegos does it well, REALLY well. Yes they have eliminated meats such as shredded beef and chicken from Cuban traditional dishes ropa vieja and empanadas but not the fantastic Cuban flavor. The new menu features dishes such as maduros,( sweet plantains) vegetable ropa vieja, rum rice and beans, empanadas, yucca fries, fried guacamole and more. 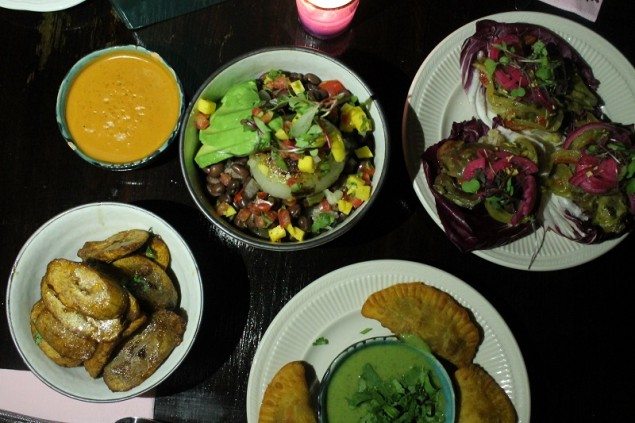 In the revamped menu, expect a mix of traditional and eclectic fresh vegetarian and earth friendly ingredients. Take for example the sweet fried plaintains are made with coffee gatrique, the coffee flavor not foreign to Cuba but something they typically use to cook plantains with. Or with Cabbage and kale take the reigns in the ropa vieja and empanadas. The flavor remains there.Another example is the use of rum, (one of Cuba’s popular drinks) in the rice and beans dish and in the arroz con leche. The use of rum does not end there at Cienfuegos as a true rum joint, majority of the drinks are fancily concocted with rum. 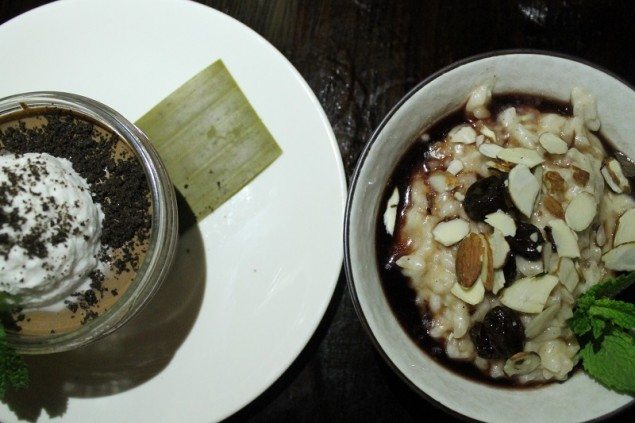 Doing the city justice not only through the cuisine but through its replication of the Pearl of the South’s classic and fiery elegance.

A Guide to Italian Easter Bread