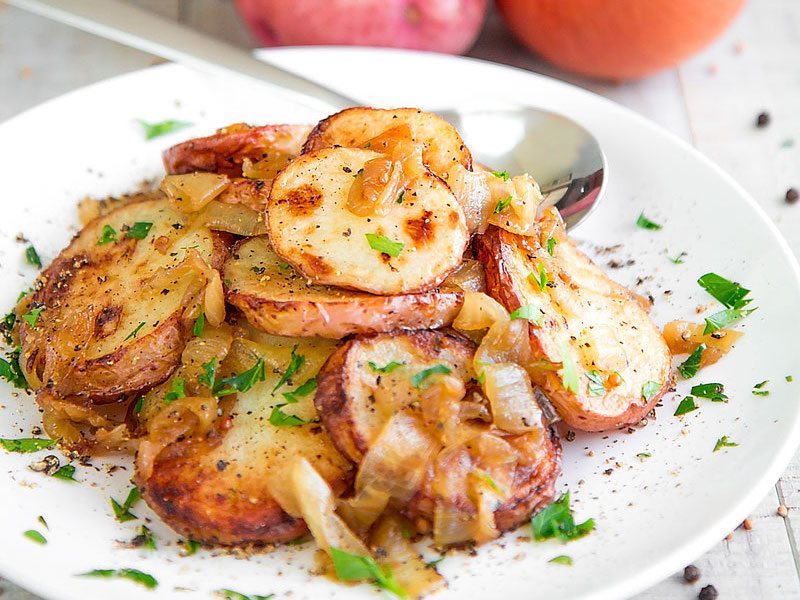 Lyonnaise Potatoes is a popular French recipe that is quite easy to prepare. The potatoes are roasted in butter then baked with caramelized onions and finished with fresh herbs. This vegetarian side pairs perfectly with roasted meats and white fish, but also with eggs. 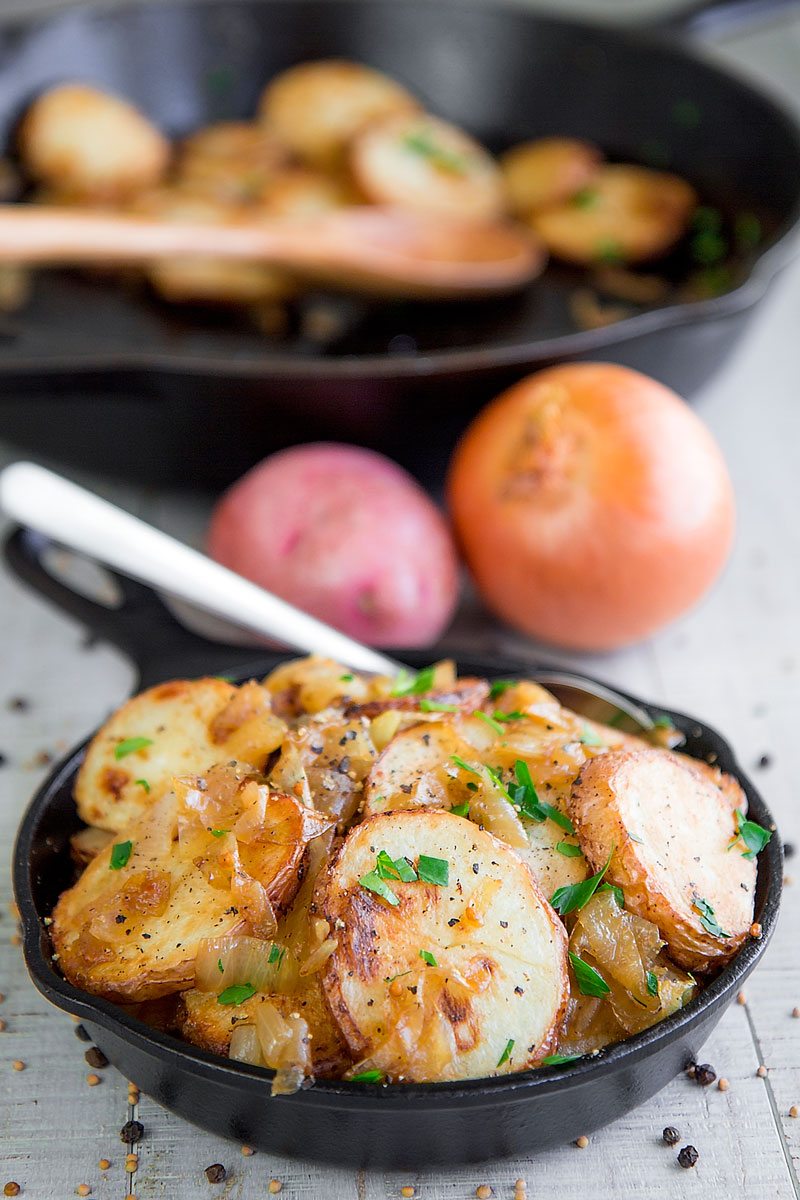 Lyonnaise potatoes are a traditional peasant recipe, probably very ancient, but the first written recipe felt to this day is dated 1806, into the cookbook Le Cuisinier Impérial by Alexandre Viard. In this first recipe, it is interesting to note the addition of flour into the caramelized onions along with a bit of vinegar, habit by the time fallen out of fashion. 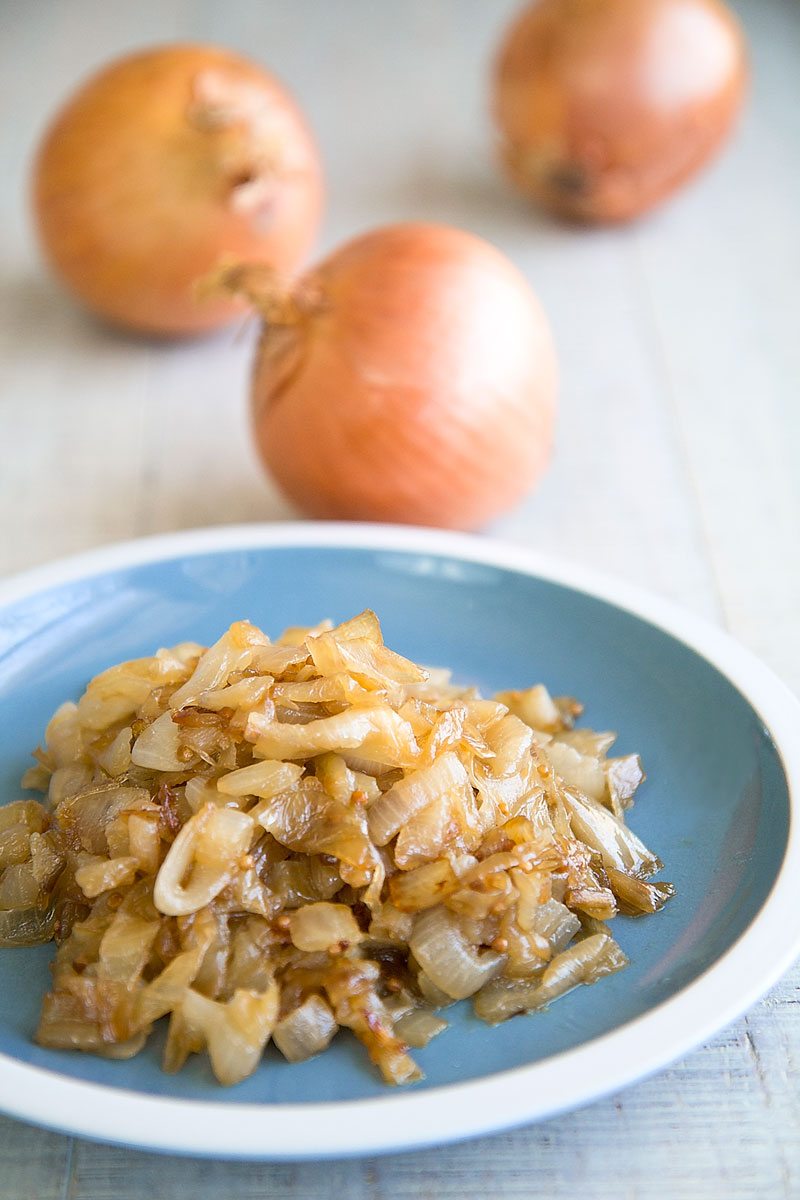 Basically, there are 2 ways of cooking Lyonnaise potatoes.

The first one provides for the exclusive use of the pan: the potatoes are pan roasted separately from the onions, using the same skillet. This method fits well preparing just a few potato slices, considering the difficulty to make well brown all their sides.

The second method calls for the use of a baking tray and it is explained in the following paragraphs. 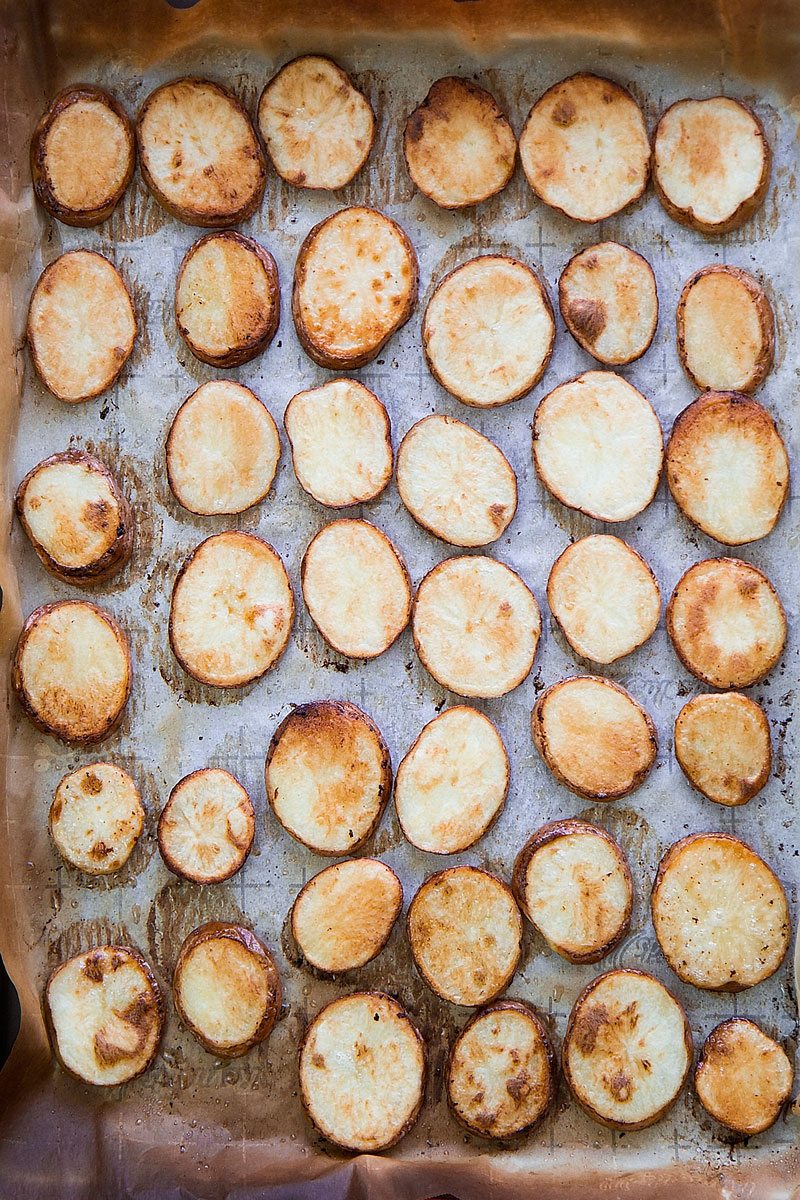 To prepare Lyonnaise potatoes to perfection, you want to wash a significant amount of starch.

First of all, brush the potatoes under running water, then cut them into rings. Now, rinse the potatoes rings to eliminate as much as possible the starch. Finally, pour the potatoes into a bowl and submerge with medium hot water for at least 1 hour. 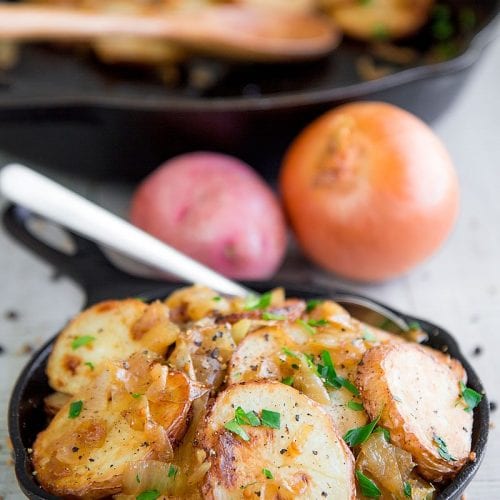 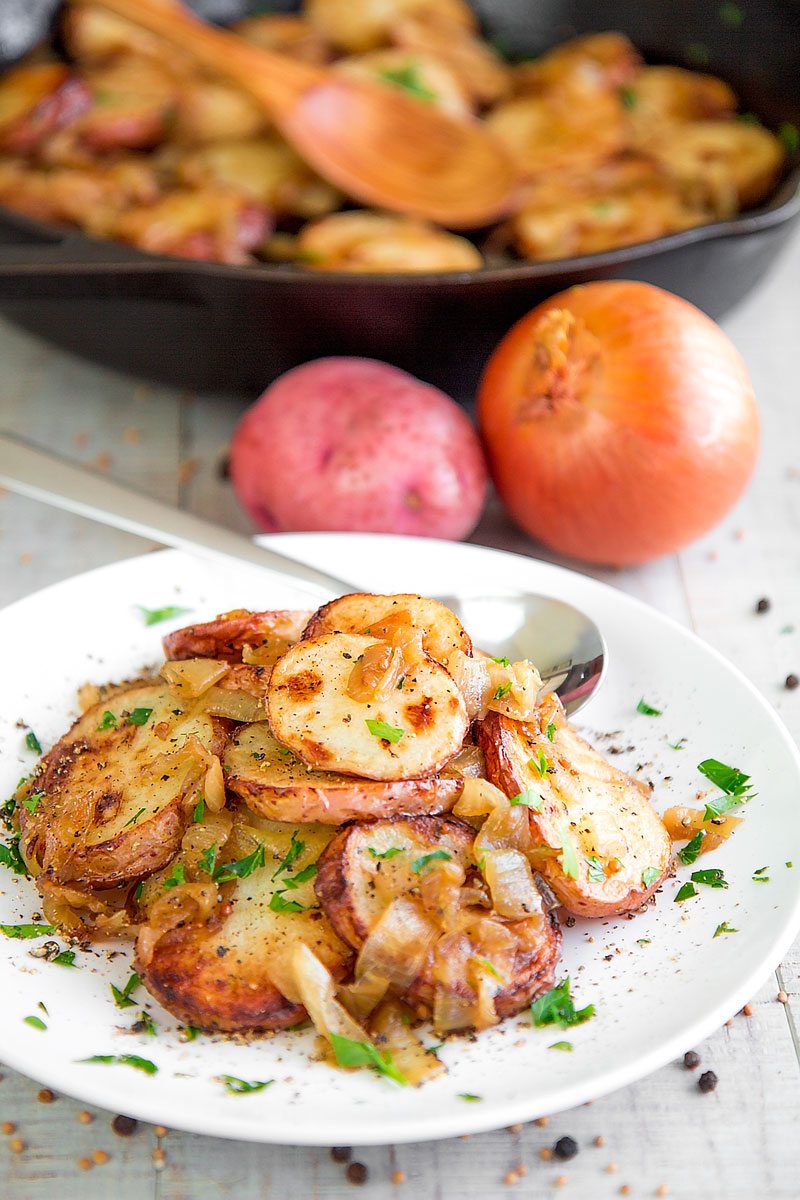 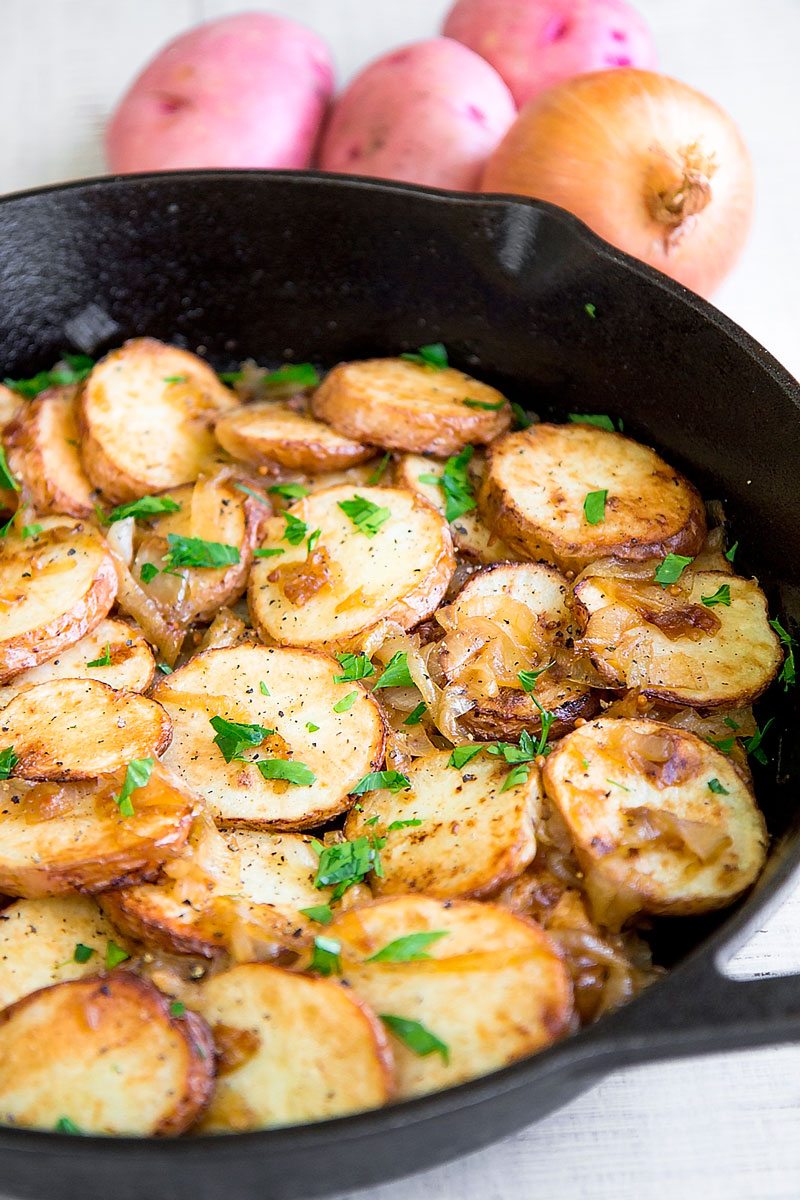 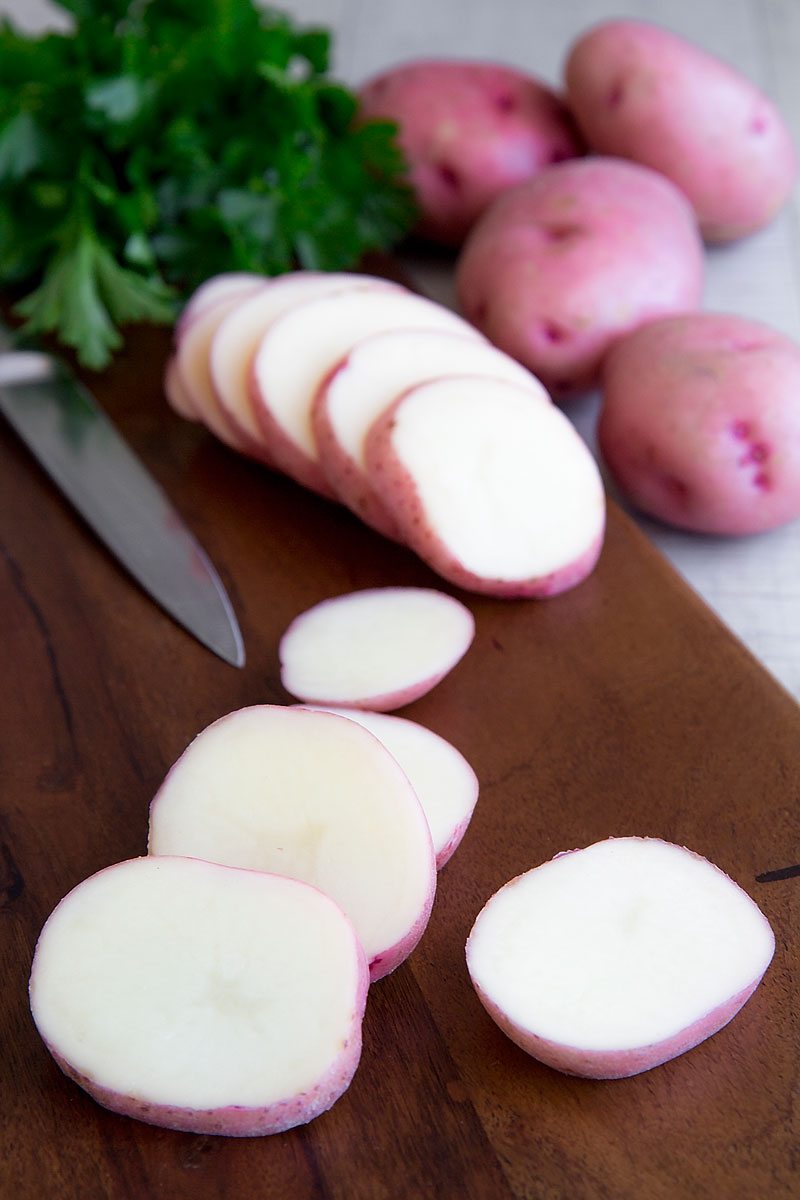 Feast by Firelight: Tips to Eating Well While Camping