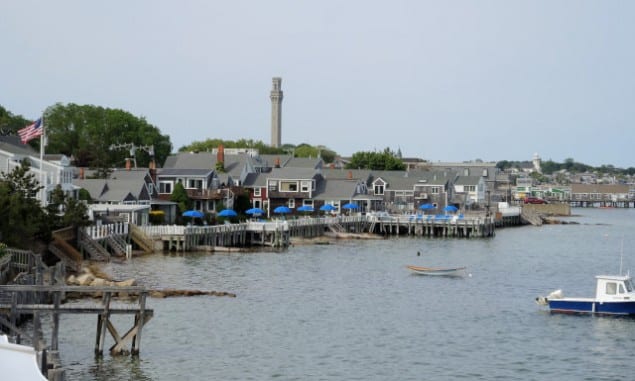 Traveling to the Provincetown area means good food and great views, on or off-season.
By Mitch Weinstein

There’s an old Woody Allen line, from his stand-up days, which goes something like this:  “I’m a little fair-skinned. When I go to the beach, I don’t tan – I stroke.” Which pretty much describes how I feel about a day at the beach, or just in the sun.

So, you ask, what the hell am I doing up on the Cape, (excuse me – the outer Cape) in Provincetown, in June? Fortunately, the weather was what some might consider miserable – cold, windy, damp, drizzly – in other words, perfect for me!

And last year, Rebecca and Sean (hmmm – let’s see – Rebecca is Sig Eater’s niece, which means she’s my niece too. Sean is her husband which means he’s our nephew, right?) took their 5 or so years of Brooklyn food experience up to Provincetown, and bore this child (their parents are very proud)… 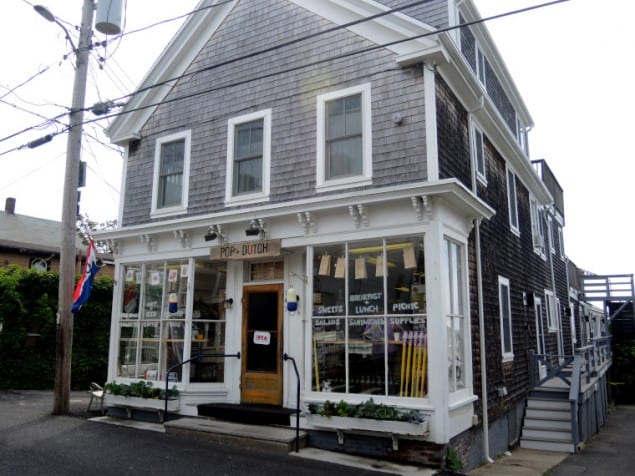 Pop + Dutch is a general store/sandwich shop, in what used to be, a general store and sandwich shop (I think). Lots of sweat and labor went into making the place as lovely as it is now. Of course I’m biased, but we tried at least 6 different sandwiches and 2 salads, and I only wish I could get a sandwich as fresh and tasty down here in my neighborhood. Anything that can be prepared in-house is. They roast the beef; the turkey; the chicken for their chicken salad and mighty club sandwich (though it’s called a “505” instead of a “212” – when you go in, they’ll explain). They bake muffins and biscuits. They bake pies and cookies. They go through dozens of eggs for breakfast sandwiches and egg salad. And if you’re a cooking geek, you should know that this gets a big work out…

In addition to the seriously delicious prepared foods, Pop + Dutch carries a bunch of unique grocery products. Duke’s mayonnaise. Zapp’s potato chips. Mr. Q Cumber soda – which happens to mix very nicely with gin, thank you. Mallo Cups and Whatchamacallits. Wiffle Bats and Balls. Milk, eggs, and fresh produce, too. This year, they are hooking up directly with some farmers, like a CSA kinda thing. Basically, everything you need for a day, week or month in Provincetown. And no bagels! Go? Sure – it’s in the “west end” of Provincetown, a bit away from the insane tourist part of the strip –   you’ll be glad you stopped by.

Of course, heading up to Provincetown to visit the mishpucha didn’t preclude us from various other endeavors. And since we arrived on a Sunday afternoon, it meant we actually got to spend some time with the kin. During the season, P+D is open daily, and they have no time for anything or anyone. But pre-season, they were closed on Tuesday, and with early-ish closing times on Sunday and Monday, we were able to sample some of Ptown’s (and Wellfleet’s) finest.

Our first stop, on the drive up, was at Mac’s Seafood On The Pier, in Wellfleet… 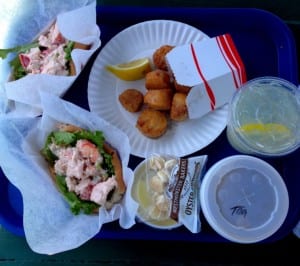 The fried scallops, clam chowder and lobster rolls hit the spot after a 6-hour car ride, though I think there’s a bit too much mayo in the lobster and oy vey with the lettuce on my lobster roll already.

Checking in at the Red Inn, here’s the view we enjoyed, right from our gorgeous room, for the next 3 days… 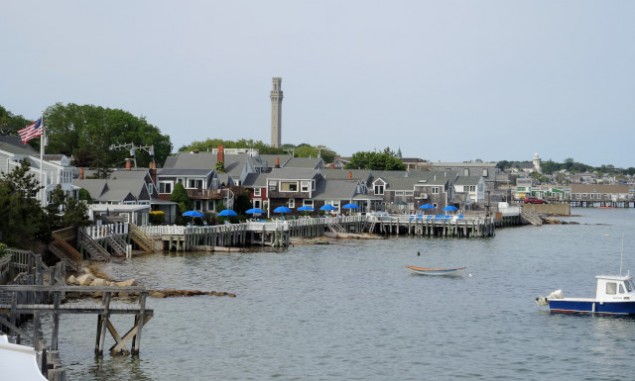 We enjoyed that view and relaxed for a while, while our erstwhile hosts closed up shop. Since their apartment is literally across the street from the Red Inn, we met there for cocktails – gin and Mr. Q Cumbers all around! Looking for a nice, local, relaxed dinner, Rebecca and Sean suggested Devons Food Bar, and we were soon ensconced at that bar, enjoying some nice wines and beers by the glass, bar snacks and a small plates-y dinner. But not just any bar snacks – salt cod fritters, excellent linguica with figs, a fine littleneck clam ceviche, and my favorite – the crispy fried pig ear strips – oh yeah. Then my small-plate main really knocked me out; a butterflied quail, buttermilk basted and deep fried – one of the best versions of this dish I’ve had in a while.  Everyone else enjoyed their mains as well.

It got a little sunnier and Monday turned out to be perfect for checking out some of the other stuff Provincetown is known for: you know – the Cape light, landscape, beaches, wildlife – all that stuff I can take or leave. (It happened to be quite beautiful)… 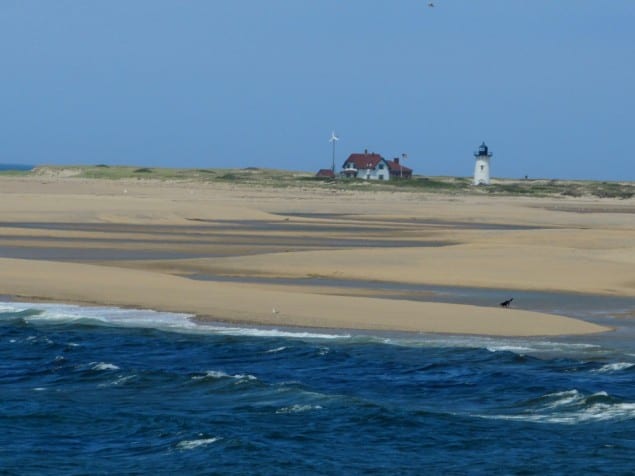 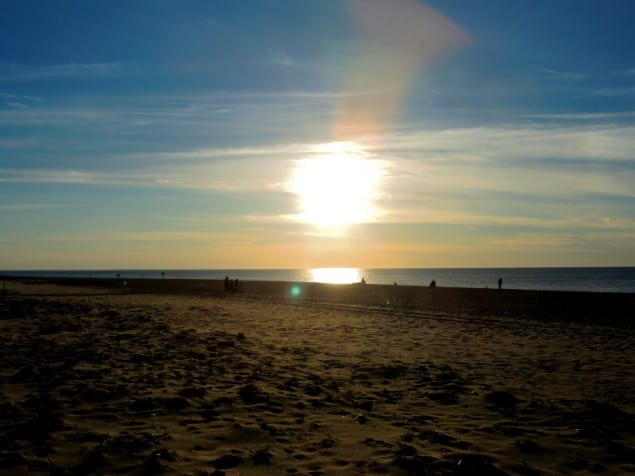 After all that outside stuff for Significant Eater and me, Sean drove us down to Wellfleet for dinner – lobsters – at PJ’s Family Restaurant. It’s…well…a family restaurant, so buy your beer next door at the gas station, or bring it from home. Bring a flask, too, if you feel like it. Sig Eater went for the clambake, including a pound of steamers. 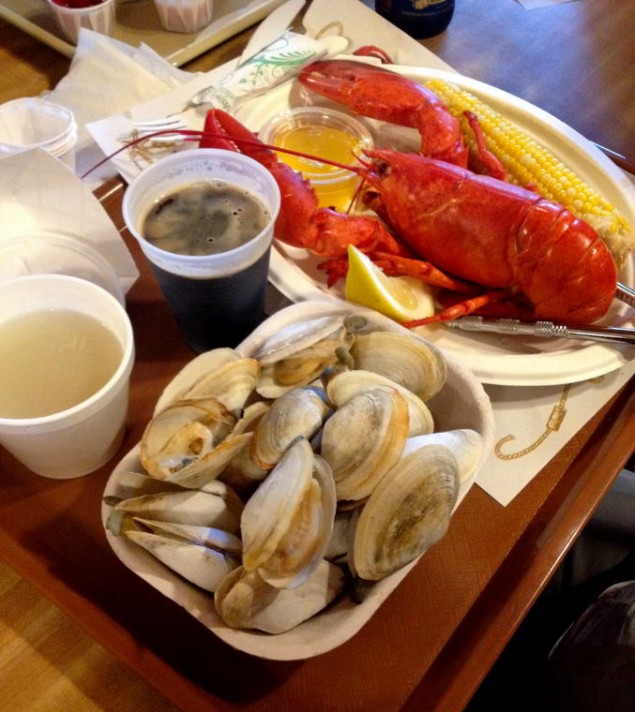 While I opted for the simple 2-pounder, since I’ve never been a huge steamer fan. That said, my lobster was perfectly cooked. Thomas Keller can butter poach all the lobster he wants; me – gimme a few people who’ve been cooking lobster all their lives to prep mine, and I know it’ll be okay…juicy, sweet, briny, luscious and messy. As it was. Early lobster-dinner means you get to head back into Ptown in time for a few drinks. And while a few drinks can be had most anywhere in Ptown, for a real, honest-to-goodness cocktail (both my on-menu and off-menu drinks were great), head to the Nor’ East Beer Garden, right smack did in the middle of the action on Commercial St. Oh – one little thing – don’t go if it’s raining. There’s no roof on the place, and they evidently are only open “weather permitting.” Fortunately, it was “permitting” the night we went. 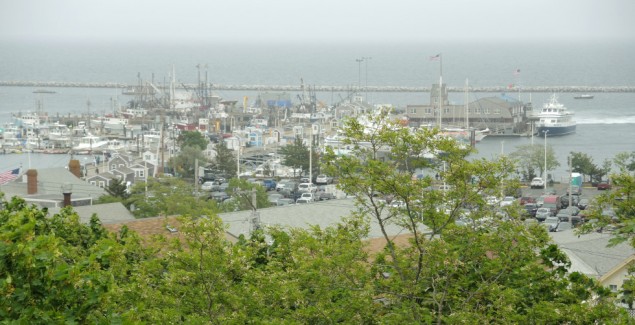 There’s a fantastic museum at the base of the Pilgrim Monument. Both worth an hour or two of your time. So we spent an hour or two of our time there, did a little more sightseeing and ended up back at the Inn for a nice, lazy afternoon looking at the water.  It also gave us time to get ready for the fanciest dinner of our trip, a 7-course tasting menu at Ceraldi, in Wellfleet. Chef Michael Ceraldi’s restaurant is basically his ode to the Cape and its ingredients (including, of course, some locally foraged stuff) in the same sorta way that Sean Brock’s is to low-country cuisine and its ingredients. It’s good. It’s raison d’être is good. Chef does his plating right in the middle of the big, comfortable U-shaped bar. 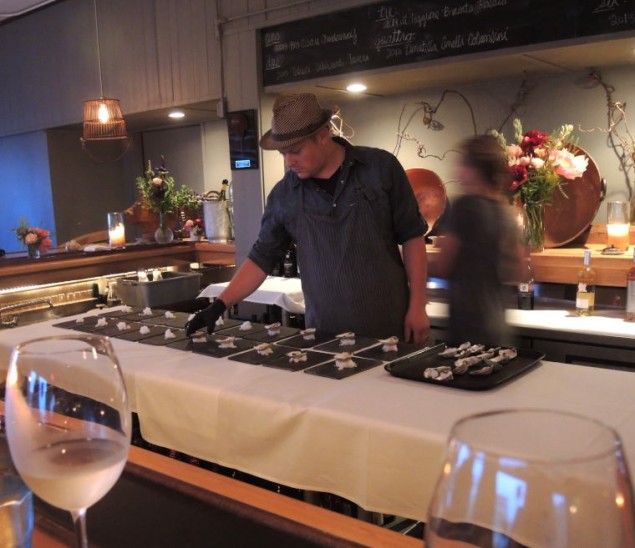 We started off with a single smoked Wellfleet oyster, and moved into a fabulous escarole soup with tiny meatballs. Wild milkweed tempura came next, and we were off and running. Lobster and scallop sauced Michael’s fine gnocchi, and the halibut course, accompanied by wild rice and local greens, showed a great hand with fish – and that’s what a Cape Cod cook should have. Dessert was a textbook perfect panna cotta finished with honey-roasted nuts and rhubarb syrup.  There are some excellent wines to be had by the glass or bottle. If I remember correctly, there are 2 possible pairings, but we chose some stuff on our own. That 7-course meal – $70 (before wine, tip, etc.).

In my mind, chef’s time at places like Metamorfosi in Rome, Felidia and Del Posto in NYC, and, most importantly, mom’s kitchen that he grew up in, really serves him well…bringing those experiences to develop his own philosophy and using excellent ingredients and letting them shine. Nice job.

Heading back out of town the next morning, on our way back to the big city, our final stop was at –  you guessed it – Pop + Dutch. After all, we wanted two more sandwiches for the ride home – and the iced coffee was great too!