The Ainsworth in Midtown Manhattan may be the perfect combination. Sleek enough for a business meeting lunch, but fun enough to drop in and watch a sports game, The Ainsworth aims to please with a mouth-watering menu complete with unique burgers and smart cocktails.
By Alyssa Holder 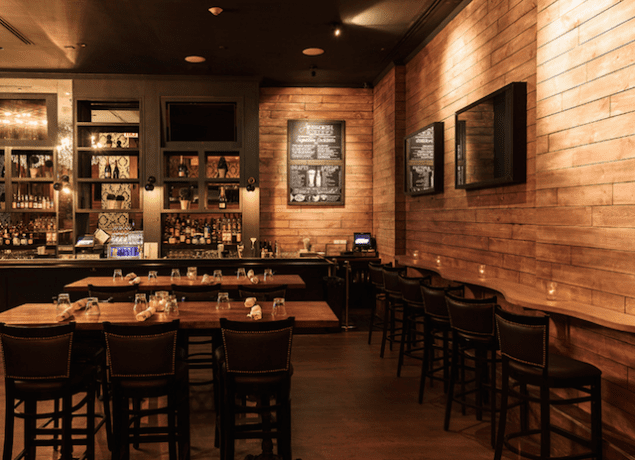 This photo courtesy of The Ainsworth

Described as a swanky sports bar set in the heart of New York City, The Ainsworth Midtown is the ideal location for grabbing drinks after work, catching the latest sport event or enjoying a glorious meal with a group of friends.

The restaurant, once called The Chester, features two levels, the lower designed with the goal to encompass multiple dining options and the upper rooftop geared towards lounging with pals.

Strategically located there are over 30 television screens in the lower level, in the midst of tables and a bar, making it impossible for anyone to miss a highlight of a featured game. During the day these screens actually turn into mirrors, keeping the selfie generation content. 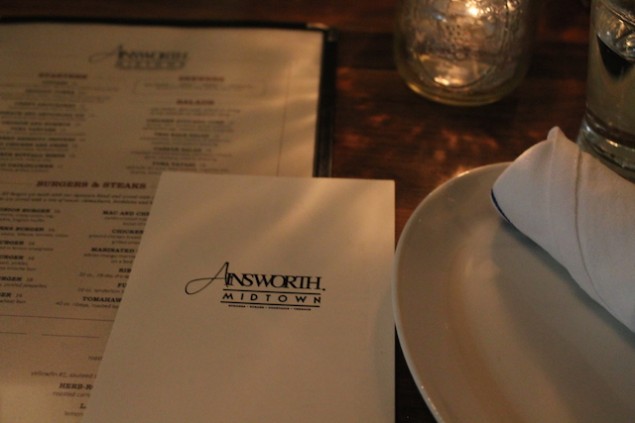 On the upper level, the rooftop lounge area features more screens, lounge chairs and a full fledged bar to cater to your fantasy drink needs. The bar even serves up fun specials, like a refreshing rye cocktail named the “Flux Capacitor”. If you are a Back to the Future fan, you guessed right this incredible drink was made to mark the special occasion of the “Back To the Future” 30 year anniversary on October 21st, 2015. 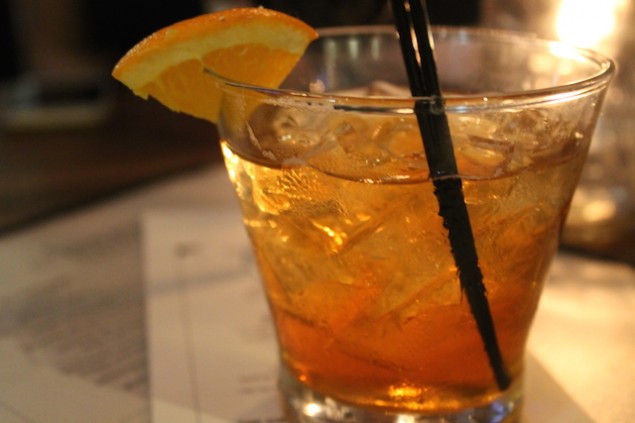 The Ainsworth welcomed time traveler Marty McFly in proper fashion by also featuring a special burger menu. The Ainsworth is known for their delicious burgers, so this was a welcomes surprise. The menu was created in collaboration with Jamie Schweid of burger purveyor Schweid & Sons and Ainsworth executive chef and hamburger historian George Motz. They created a menu inspired by each of the time traveling films, focusing on historically popular burgers of the time, including one from 1895 that was served sans ketchup on white bread. There was an “In N’ Out animal style” cheeseburger representing the 1950’s, a fried-egg topped burger with an optional hot dog on the side for 1985, and a modern day mac n’ cheese burger served on a brioche bun. Yes you read the previous line correctly a MAC AND CHEESE BURGER, the burger representing the invention of the hover board, a mind-blowing genius creation that every person should try at least once in their life. The combination of a gooey pan crusted mac and cheese oozing out of a golden toasted brioche bun with, of course, some hearty beef to balance out all of this carb-y goodness causes speechlessness, stomach growling and eagerness to try. 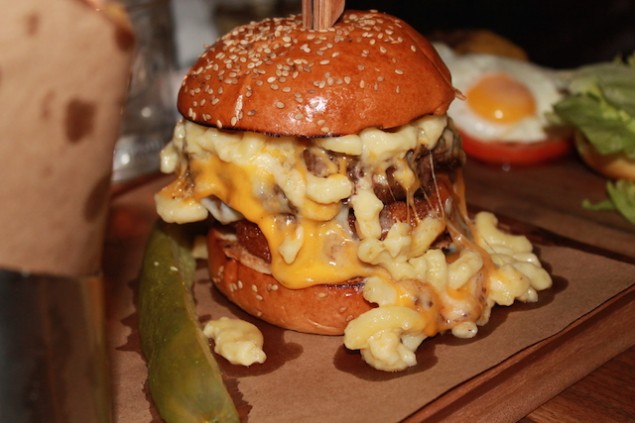 But not to worry for those who missed the special Back to The Future burger menu, The Ainsworth’s regular menu is just as good. In fact, for the burger lovers out there, the menu will more than satisfy. It features a wide selection of American classics: the French Onion, a chicken burger for the non-beef lovers, a quinoa and kale for vegetarian guests and of course, it is 2015, so there must be a Mac and Cheese Burger for the daring individuals.

At the Ainsworth you get the best of both worlds, it is “swanky”, but also light hearted with a fun menu. There is no “stuffy” air detected upon entering and it is somewhere you can go on a fancy date or a casual sports day. Stop in The Ainsworth Midtown at 33rd Street in NYC for a delicious meal or their next themed menu.