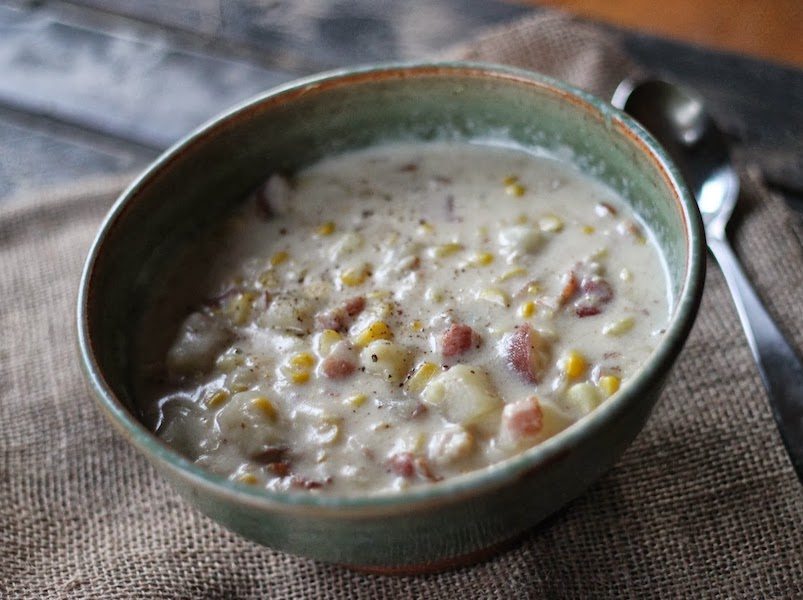 Sweet corn, a creamy base, Creole spices and salty bacon make this hearty soup a the perfect way to fight off the autumn chills. 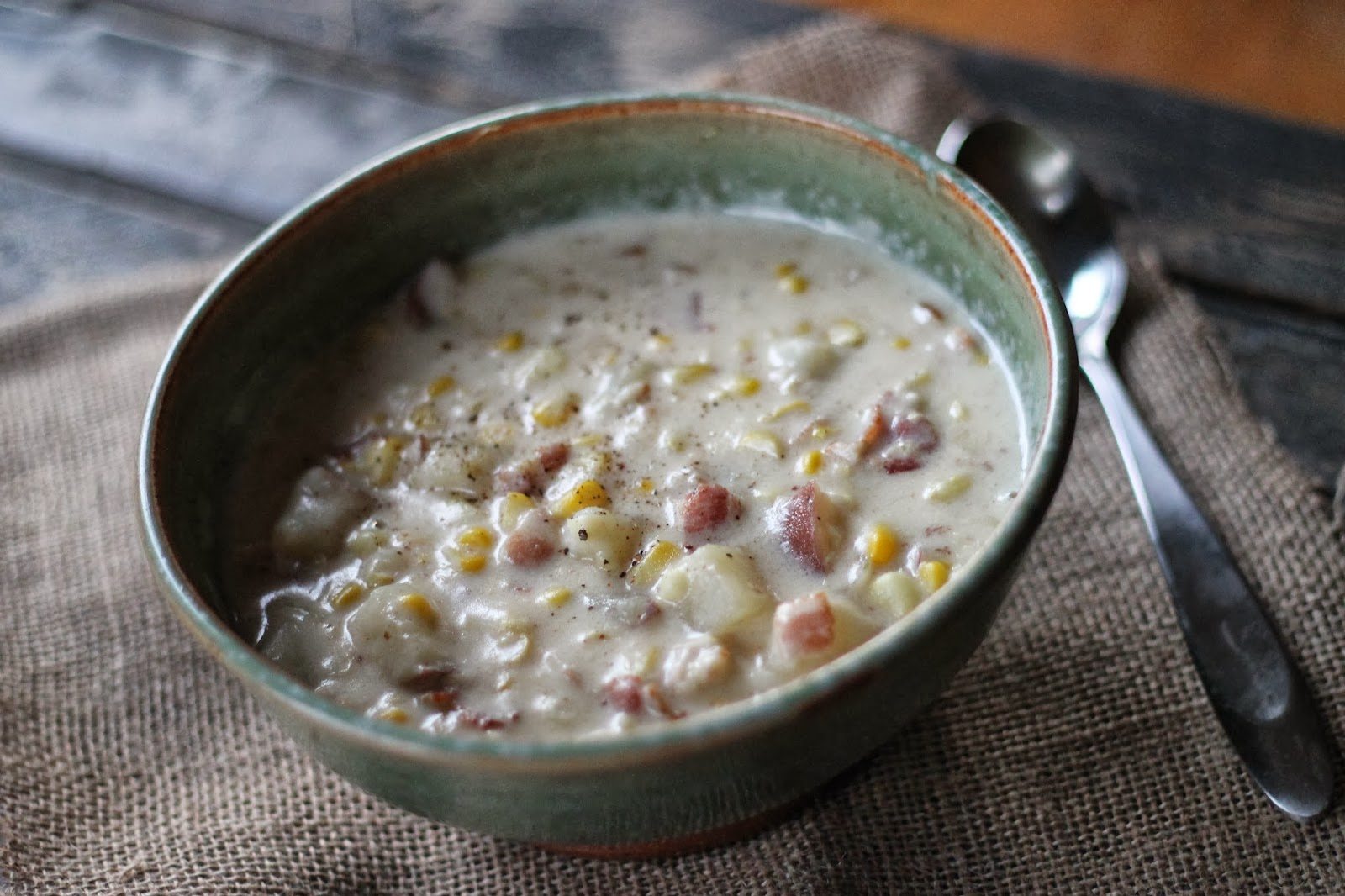 It’s fall and fall is soup season! When it’s feeling frigid, soup is the perfect meal. I’ve literally had a bowl each day for lunch this week. 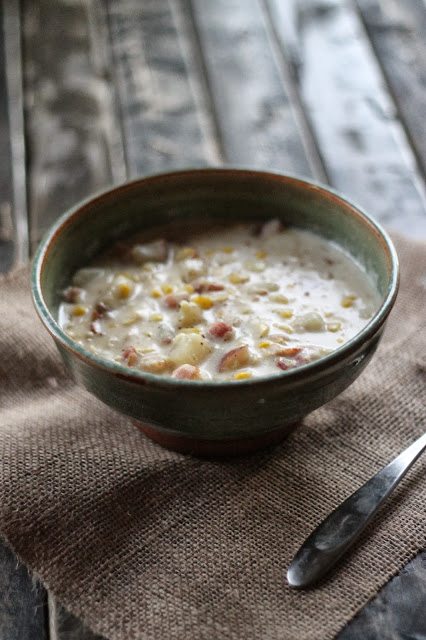 My favorite addition to this soup is a bit of creole seasoning. I am obsessed with that stuff and it really brings out the flavors of the rest of the soup! The cream goes great with the hit of spice, and the sweet corn makes it even better. 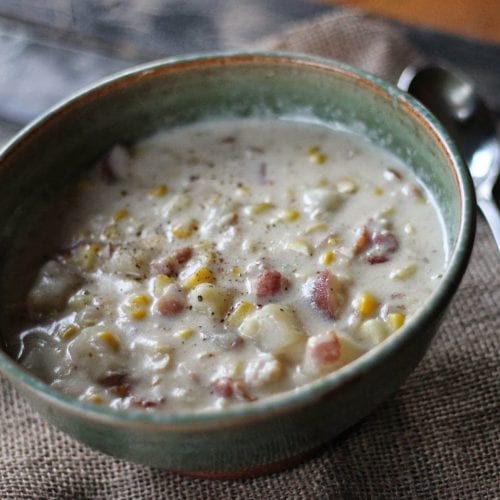 (I watched the chef at our last Reenactment make this, so the recipe is hers but the measurements are mine)

Ashley Blom is a New Enlander and haphazard foodie/part-time blogger living in Austin, Texas. Her first book, "How to Eat a Lobster and Other Edible Enigmas Explained" is now available wherever books are sold.