Often, the simplest dishes are the best dishes. Like this avocado pesto crostini from Kim Hamill.
By Kim Hamill 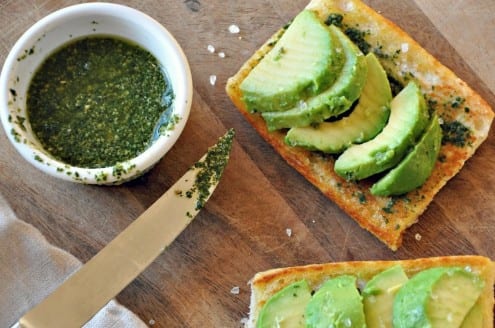 Often, the simplest dishes are the best dishes. I recently had one of those perfect New York City nights. We dined with friends alfresco at Frankies Spuntino 570, then we strolled the West Village streets ending the night with berry crumble and banana pudding at Magnolia’s.

As good as the sweets were, all I could think about was the perfect appetizer Frankie’s served: an avocado pesto crostini.   It was the type of appetizer that makes you want to order another round (or two) and just cancel your entree. And don’t be scared off by the pesto. Three of us insisted we weren’t fans of pesto and we ended up fighting over every last morsel. I told myself I could recreate it the next day for lunch. And the next day. And the next. 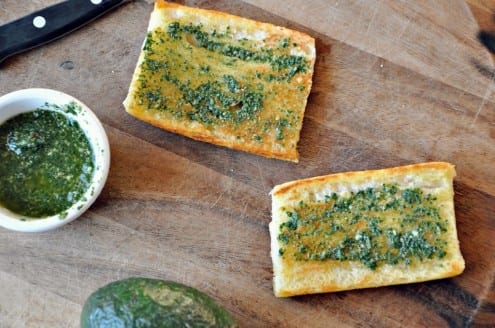 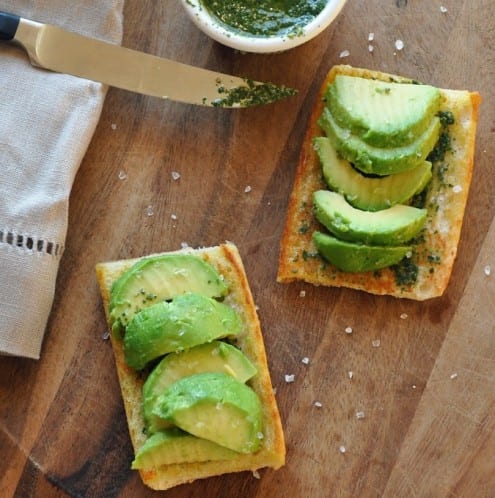 Behind the Knives: Masters of Social Gastronomy