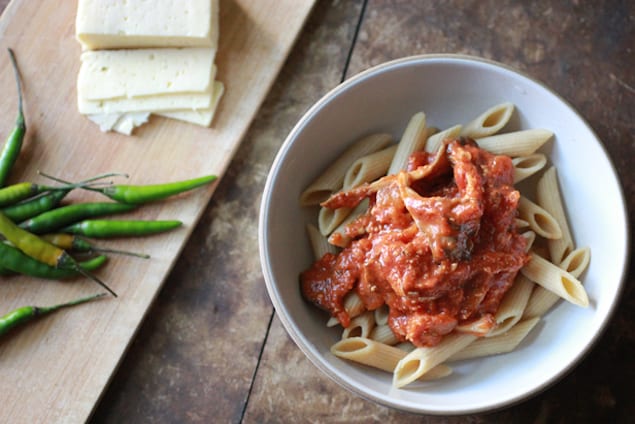 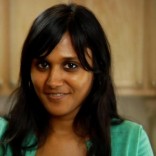 This post is part of “The Art of Cheese”, a partnership between Honest Cooking and Castello Cheese.
The chill of winter has set in, and there’s no better way to ease into the seasons than with a giant bowl of spicy and cheesy pasta.
By Chitra Agrawal

While in Wisconsin for our wedding, Ben’s mother found some beautiful Hen-of-the-Woods mushrooms right in their backyard. This variety of mushroom is usually found in Autumn and is sometimes referred to as maitake (means ‘dancing mushrooms in Japanese), sheepshead mushroom or ram’s head. They have a full flavor to them that is rich and kind of woodsy and are known to be extremely nutritious. 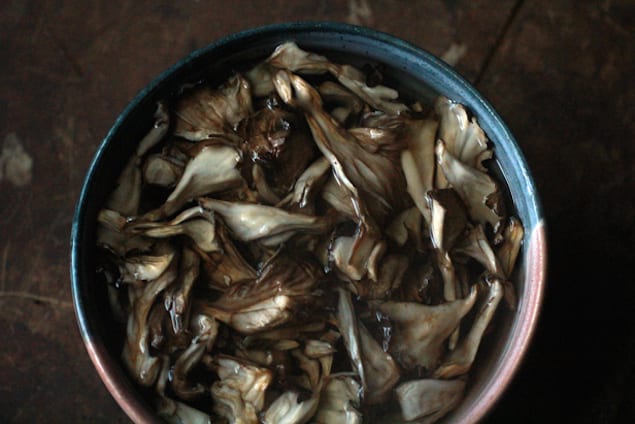 My brother-in-law Eric dehydrated them so we were able to bring them back to Brooklyn to cook with. If you don’t have access to these mushrooms fresh or dried, you can sub in oyster mushrooms, shiitakes or any other mushroom variety that are rich and flavorful. 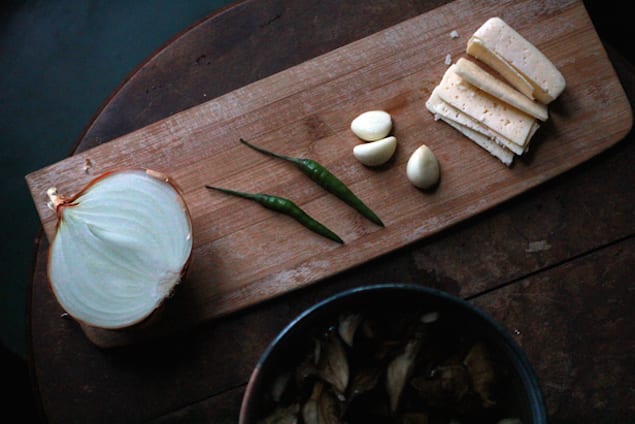 So exciting because this arrival of our dried Hen-of-the-Woods mushrooms coincided with a care package of aged Havarti from Castello which has a sharp and creamy flavor to it. The two ingredients immediately reminded me of the pasta sauce I grew up eating that was spiked with Indian green chilies. I don’t think you can go wrong with mushrooms, cheese and Indian green chilies right?

The chill of winter has finally settled in, with heavy coats, scarves and hats now officially out of the storage closet. There’s no better way to ease into the change of seasons than with a giant bowl of spicy and cheesy pasta.

Print
The chill of winter has set in, and there’s no better way to ease into the seasons than with a giant bowl of spicy and cheesy pasta.
Author: Chitra Agrawal
Recipe Type: Main
Ingredients
Instructions
Notes
save the rest of the mushroom broth to use in soups or other sauces
3.2.2885 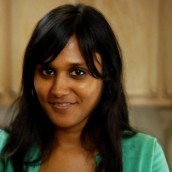