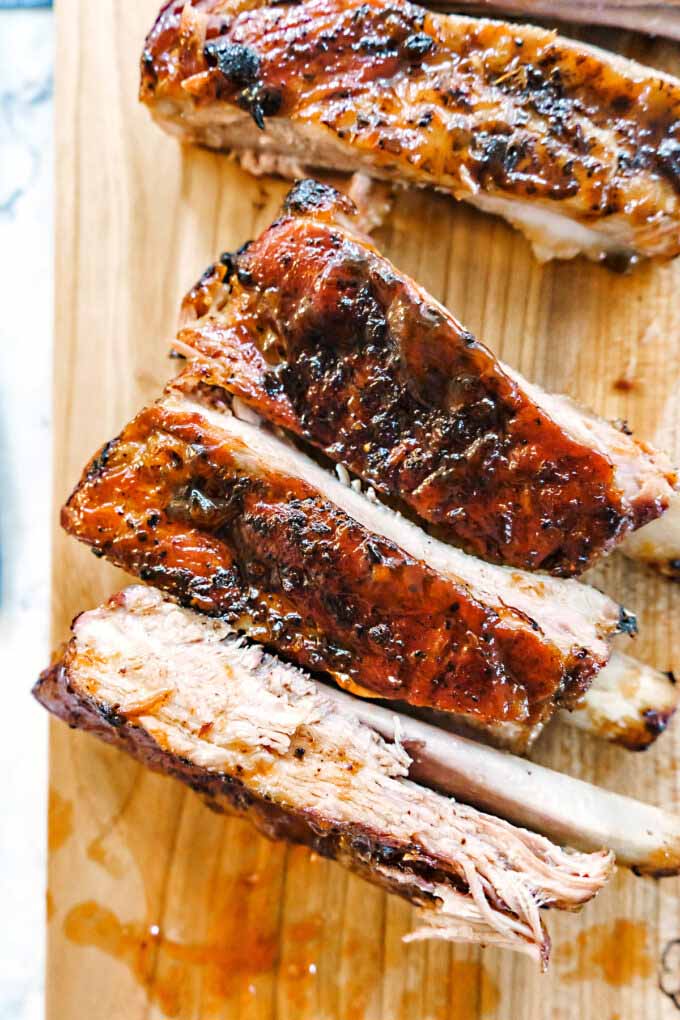 Ann Kaufman is an emotional food enthusiast who writes at…

Whatever the season, whatever the reason – there’s always room for BBQ pork ribs. Slathered with an apricot glaze and falling off the bone insanely tender, these are a keeper.

I’ve been making a variation of these ribs for years, and, quite frankly, they’re freaking delightful. The meat literally collapses off the bone after slow roasting in the oven for a few hours, and that sticky-sweet apricot glaze, spiked with fresh ginger and apple cider, is something akin to a young lover’s passionate embrace on a hot, humid Southern evening.

Whew — is it getting hot in here? 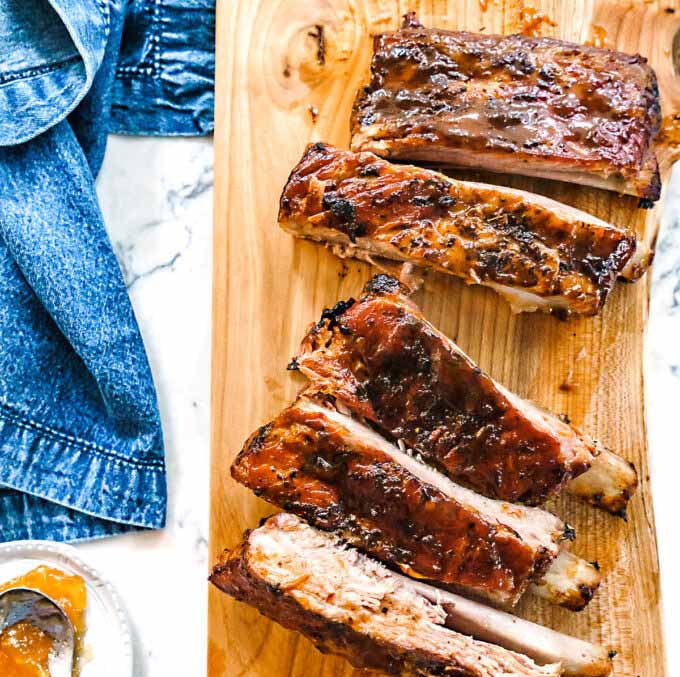 There a few key things you should know before you set about making these apricot-glazed sticky pork ribs:

First of all, there are different cuts of pork ribs, and for this recipe you should buy St. Louis-style ribs as opposed to baby back ribs. Well, the first difference is in the price (St. Louis ribs are generally cheaper). Baby back ribs are smaller, upper ribs cut from where the rib meets the spine. They’re less fatty than the larger St. Louis ribs, which are cut from the belly. Some people prefer baby back ribs because they’re meatier, but I actually prefer the St. Louis style ribs because of the marbling (i.e., the fat).

CUT THE MEMBRANE OF THE RIBS.

One of the most important things you can do to make sure your pork ribs turn out really, really tender is to cut the membrane off of the back of the ribs. The membrane is a silvery-stretchy film covering the entire back (i.e., not the meaty side) of the ribs.  I generally remove the membrane by starting at one end of the rack and grabbing a firm grip using a paper towel to pull the membrane off, shoving my fingers indelicately in between the membrane and the bone to loosen it up as I go. In case that’s as clear as mud to you, here’s a video on how to do it that I believe may have been narrated by a relative of Barry White’s.

I’m fairly certain that my pork ribs are my husband’s third-favorite thing about me (after my breathtaking good looks and winning personality, of course). I know this because I made him a rack of ribs shortly after we began dating when I learned he’d never eaten pork ribs before. This life fact struck me as deeply, deeply sad, since ribs are basically one of the world’s most perfect foods and are widely available, which also led me to to wonder if maybe my then-boyfriend was one of those people who basically hadn’t had a truly happy moment before meeting me. Now that we are married, I know this fact to be about 86% true. He did get to go to EPCOT as a kid.

The point of this sad story is basically that, like all good things, you have to wait for these ribs to become the perfection that they can be. These ribs slow roast in a low-heated oven for 3 and a half hours, and you can’t sliver off a minute of that time. So these aren’t like, weekday ribs unless you are working from home and can set your Microsoft Teams status to “Roastin’ Ribs” every time you need to do a spot-check on the roasting progress.

I served these pork ribs with Chrissy Teigen’s mac and cheese recipe, which uses a terrifying amount of cheese but is also sinfully and satisfyingly creamy. If you’re looking for something lighter, try this skillet cornbread (originally paired with my vegetarian chili), my favorite celery and apple slaw or our staple weekday French carrot salad. 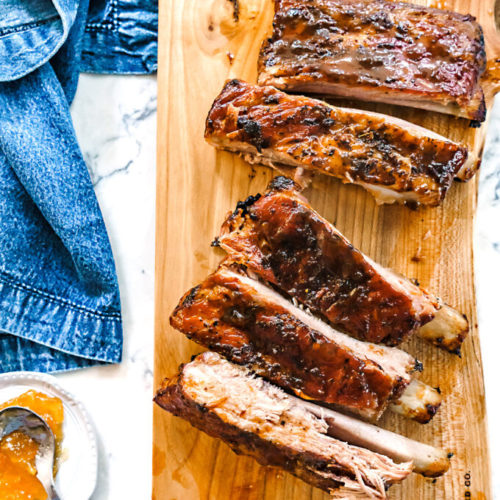 For the dry rub

For the cooking liquid

Ann Kaufman is an emotional food enthusiast who writes at Grits & Chopsticks (www.gritsandchopsticks.com). When she's not writing about food, she's caring for her two young children, lawyering and thinking about her next meal.