Olivier salad, also known as Russian Salad, was originally invented by Lucien Olivier for the Hermitage restaurant in Moscow in the 1860’s; it was then adapted by Ivan Ivanov, who later sold the recipe for publication. Over the years, it gained in popularity not only in Russia, but throughout the rest of the Soviet Union and Europe.
By Elizabeth Lokhova 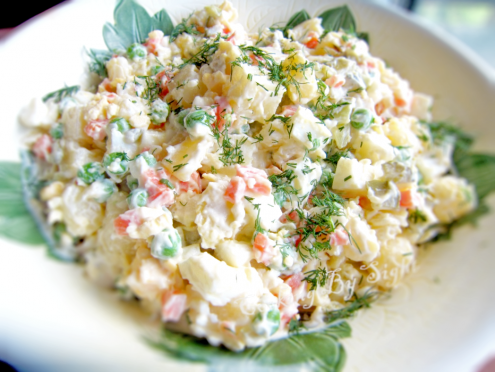