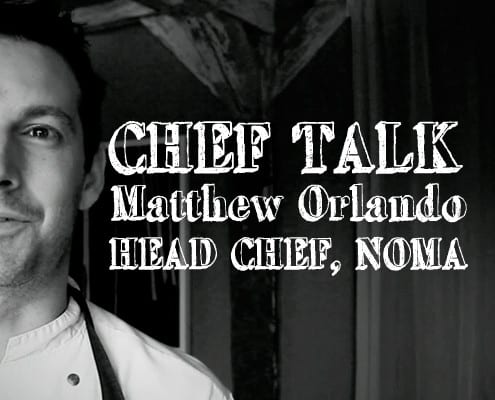 In this first episode of Chef Talk, Kalle Bergman talks to Matthew Orlando, Head Chef at Noma Restaurant in Copenhagen.
By Kalle Bergman

Most foodies know René Redzepi. As the creator of Noma – “The Worlds Best Restaurant”, Time Magazine cover-model, foraging guru and Nordic Cuisine God, he is probably the most famous Chef in the world right now. What is less known, is that the man is an ambitious 35 year old from California. Meet Matthew Orlando in Chef Talk.

NOTE – MATTHEW ORLANDO HAS SUBSEQUENTLY OPENED HIS OWN RESTAURANT – AMASS