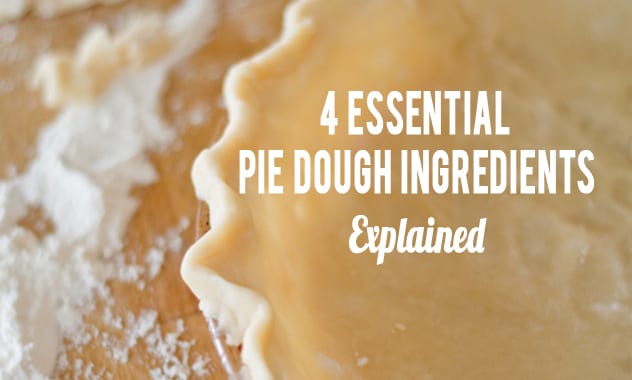 Everyone has a tried and true pie dough recipe. However, all formulas generally include four basic elements- a flour, a fat, salt, a hydrator, and sometimes a flavoring. Discover different varieties of pie dough recipes and the science behind them.
By Annelise McAuliffe 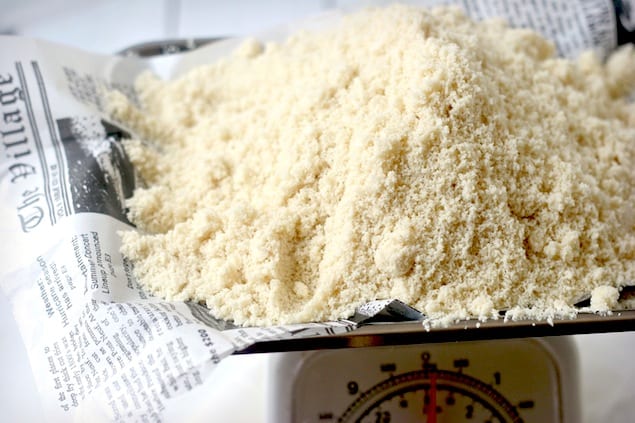 Gluten-Free Flour
To accommodate health concerns and dietary restrictions, gluten-free flours can easily be incorporated into pie dough recipes. It is best to use a blend of your favorite flours. Try an almond flour, xanthan gum, tapioca starch blend. Other flours that work well for a flaky crust are rice and chickpea flours. Be willing to adjust traditional rolling techniques to accomodate the the extra sticky dough. Try this blend of flours for your next gluten-free crust or use a store bought blend.

Pastry, Cake, or All-Purpose Flour
The protein levels that are contained in wheat determine how much gluten in formed. For a chewier baked good, use a flour that is high in protein and will form more gluten. For a pie crust, the desired texture is generally light and flaky. Therefore, a lower protein flour such as, pastry, cake, or a low protein all-purpose flour, is best. 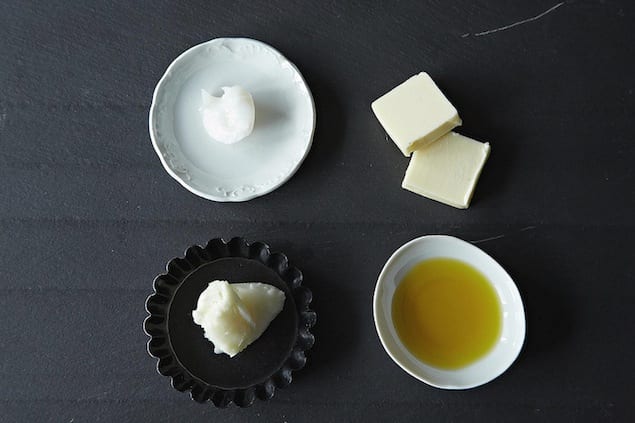 The fat used in pie dough tends to be the most controversial element of a recipe. Not only does the type of fat vary but so does the incorporation technique. To achieve a flakier crust perfect for fruit pies, leave the fat in larger pieces so they melt in slow chunks and create steam, which then pushes up flaky layers. For custard pies, it is preferable to make a mealy dough that won’t become soggy. Mix the fat in to the point of much smaller pieces so less layers are formed. Regardless of the desired outcome, fats should be chilled before being added to the other ingredients so they do not melt in the mixing process.

Butter
This is the appropriate fat to add if you want good flavor in your crust. Likewise, the crust will take on a golden color as the milk-fats brown in the oven.

Shortening
Because of shortening’s high melting point, you don’t have to worry about it melting during the mixing process. However, this fat does not provide flavor to the finished products. As a result of its high melting point, it does not dissolve as easily on the tongue and can leave the mouth feeling coated with fat. Shortening is helpful when creating a dairy-free pie crust.

Lard
Depending on the pie filling and personal preference, lard can add a desirable or unpleasant pork fat flavor. It also has a high melting point to assist in creating a flaky prodcut.

Oil
Oil is easy to handle and incorporate in the mixing process. However, because it is already in the liquid state is does not melt and create steam and layers during the baking process. This type of fat is best used in crusts for quiches, custards, or when there is a dairy allergy. 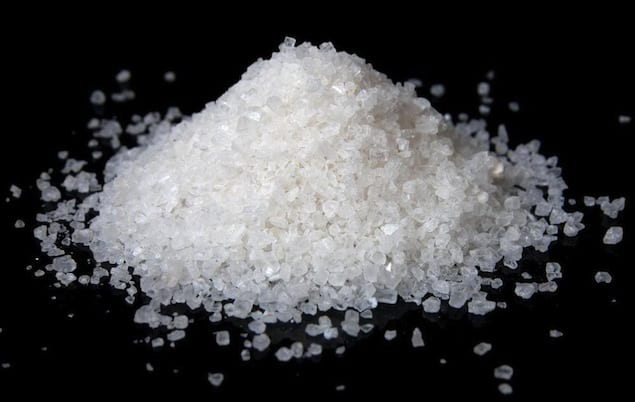 http://forlivingstrong.com
Salt is a major flavor booster in pie dough. To avoid a bland or bitter tasting crust, make sure enough salt is added to the mixture. If using a salt other than Kosher, only put in half of the amount needed. Generally, it is best to use a fine grain Kosher salt in baking as it will distribute evenly into the dough. 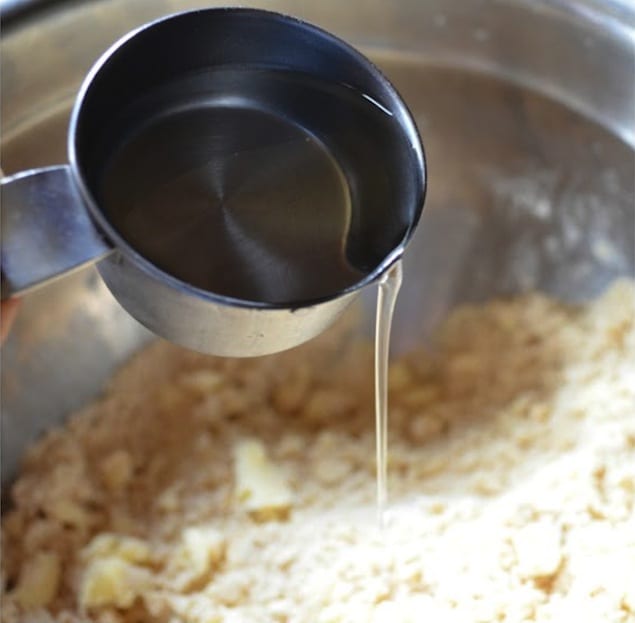 http://www.serenabakessimplyfromscratch.com
The final variable in pie dough, besides flavorings such as sugar, spices, cheese, etc., is a liquid. While most recipes use water, there are many water combinations that all have different purposes, just make sure whatever you use is cold. Be creative with your liquids, some recipes even suggest adding beer!

Vodka & Vinegar
Harold McGee suggests adding a splash of vodka to the water in order to help push layers up. The alcohol in vodka also inhibits gluten production which is advantageous if you are trying to avoid a mealy, chewy crust. Similarly, the acid in vinegar does not allow the gluten strands to become too long and tough. While it keeps it flaky, vinegar is not as flavorless as vodka.

Buttermilk, Sour Cream, or Greek Yogurt
Just like the previous liquids, these three dairy products are high in acid and will disturb the gluten production. Likewise, these ingredients will add flavor to the finished product as well as a golden color from the milk fats.