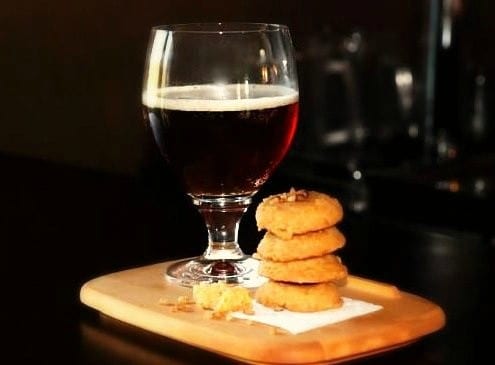 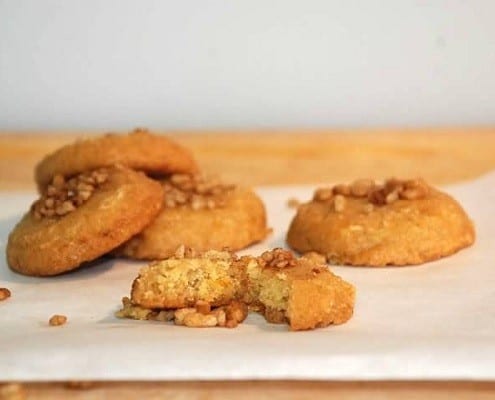 Evenings in some households settle with a quiet cup of something warm, an easing ounce of brandy, maybe a rich bowl of ice cream. Satisfied is how you’ll find us at this time of day as we often end our nights with a pint.

No, not of Ben and Jerry’s. We much prefer our pints be liquid, bubbly, and full of grain and hops. More and more you see beer creeping its way into parts of the kitchen beyond the kegerator, and rightfully so. The complex flavors of many brews have the ability to catch flavors and develop textures that weren’t established before–it can bring food alive.

Whether it’s one we’ve brewed ourselves or from a pack picked up on the way home, there’s always a beer to expertly accompany our meal. Or dessert. The flavors and spices used to brew are many times the same essences you’ll see in baked goods: lemon, ginger, cinnamon, cardamom, clove. While the foundation of the spice is apparent in the beer, it takes on a slightly different tone than, say, a cinnamon bun fresh out of the oven. And that slight distinction is exactly what makes the two a natural pair.

A beer can help tone down an intensely rich ganache or highlight a simple biscuit, like these spicy Greek cookies. Melomakarona are a traditional holiday shortbread-like cookie laden with zests, spices, and honey. Light and toasty, they practically suggest the company of an ale without even asking.

We happened to have our own Oatmeal ESB (Extra Special Bitter) on tap that turned out to be the greatest company those cookies could have hoped for. The characteristics of an ESB are a slightly bitter, slightly sweet ale. It had the ability to enhance the warmth of the cinnamon and cloves, and imparted a depth that would be otherwise missed. It allowed the walnuts to shine, and brought out the orange’s bitter side. And the oatmeal, you don’t necessarily taste the soft, sweet grain, but in a brew it creates a fine, creamy texture, mimicking that of this delicate butter cookie. Alone Melomakarona are a pleasant cap to special meal. But paired with this beer, they seem complete, satisfied.