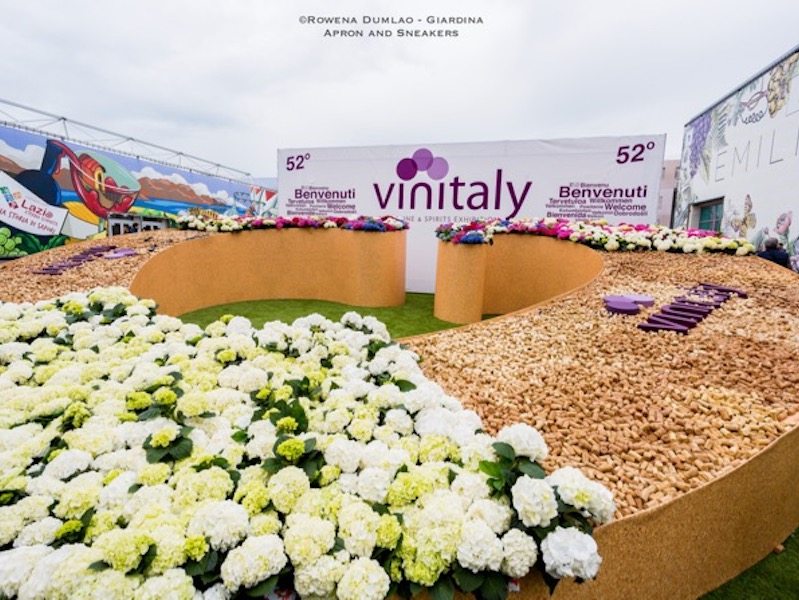 Take a peek inside this year’s Vinitaly, an international wine exposition and competition and check out a few of the favorite wines. 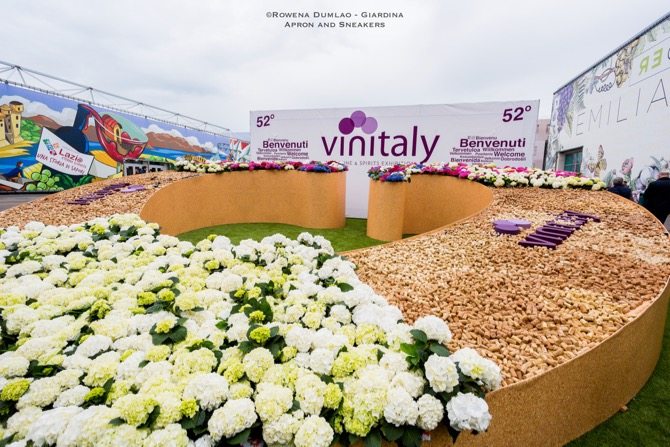 Like the previous editions, Vinitaly declared a great success as the participants had grown in numbers and quality. Compared to last year’s numbers, the exhibiting companies arrived to a big number of 4,380 this year which is 130 more from last year, from 36 different countries. The visitors in the four-day event arrived to a big number of 128,000 hailing from 143 countries which is in line with the previous edition but increasing instead with the quality and the number of foreign buyers to a significant +6%. Out of the 143 nations, the top ten with accredited 32,000 buyers are the United States of America followed by Germany, United Kingdom, China, France, Northern Europe (Sweden, Finland, Norway and Denmark), Canada, Russia , Japan, and Netherlands together with Belgium.

Vinitaly is an international wine exposition and competition that’s open both to the public and the wine professionals which goes on annually every April in Verona, Italy ever since 1967. Inside the vast space of more than 100,000 square meters, separate pavilions per Italian region housed their producers in stands where it was possible to taste their wines and get to know their stories behind the bottles that they produce. 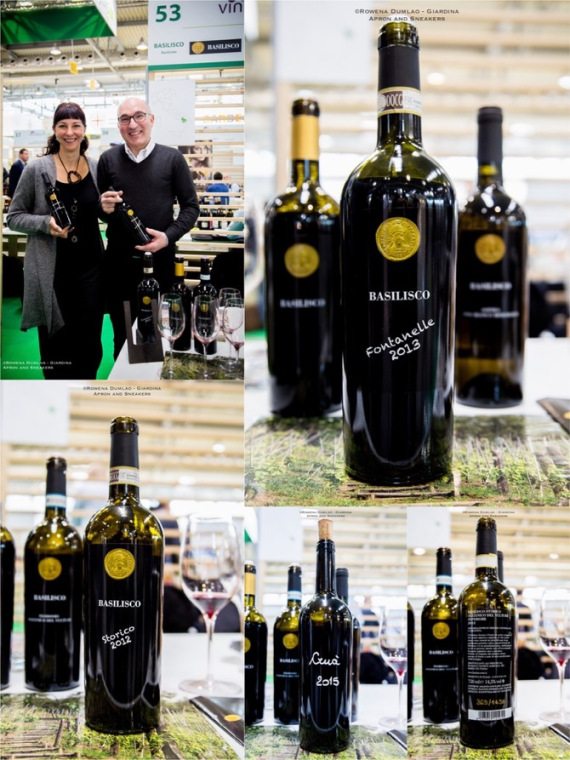 For this year’s Vinitaly International Award, the honor went to Cantina Arnaldo Caprai for Italy and to E. & J. Gallo Winery for the International category.

Cantina Arnaldo Caprai, driven by Marco Caprai, is a prominent name in Umbria for their role in reviving Sagrantino, a 400-year old indigenous grape variety of the area from its diminishing cultivation. Along with this important contribution to the oenological world, their 1993 Selection of Sagrantino and Grecante 2015 had achieved international status. 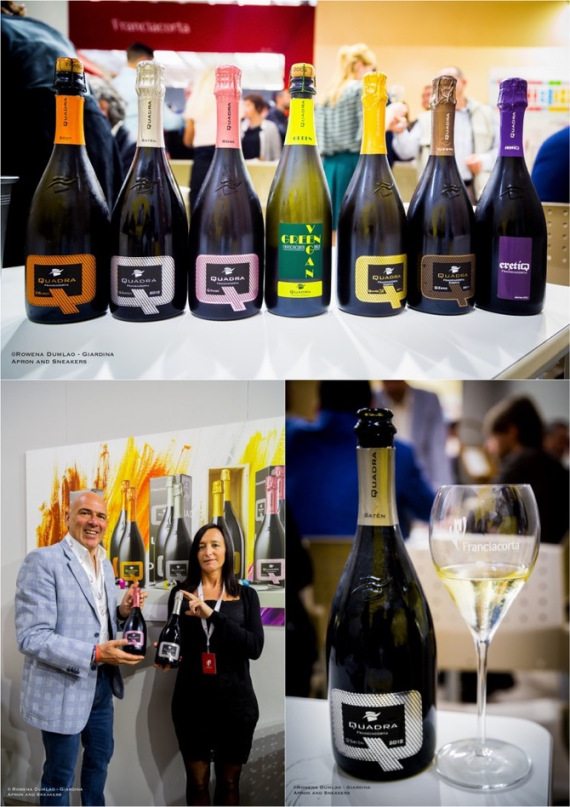 The International Award went to E. & J. Gallo Winery as recognition of not only being the largest family-run winery in the USA but also for the people behind it. Brothers Ernest and Julio Gallo, sons of Italian immigrants, embodied the realization of the American Dream and were able to build an authentic empire by bringing a wider audience closer to the wine market after it fell into oblivion during the Prohibition period.

But with thousands of wines to try at the event, there are a lot more that have proven their worth in their excellence, some I reconfirmed after trying different vintages from the past years and some new discoveries that I would like to share with you. There are also some approaches of new styles of production by some producers that are yielding that excellent results as well as new grape varieties that are going into the wine bottles.

The great thing about Vinitaly is that you can hop from one Italian region to another and immediately taste and smell the differences of the terroir that the wines are depicting. 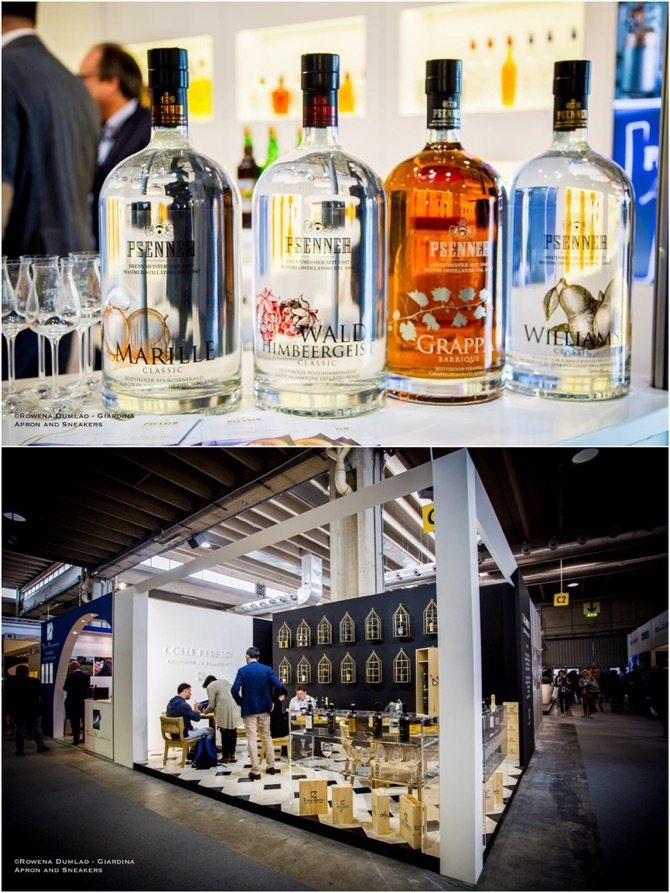 Here are some of the producers and their wines that captured my interest:

Quadra is a producer that seeks a new and original perspective in the production of Franciacorta while remaining linked to method, territory and vocation. Their liqueur de tirage remains simple: the same wine itself and sugar. They mainly cultivate Chardonnay which covers 60% of the total land area as well as Pinot Blanc and Pinot Noir. Their QRosè Brut, composed of blends of Pinot Noir and Chardonnay, aged in the bottle for 46 months has numerous and persistent perlage and gives a good nose and palate of berries and brioche, good freshness and persistent finish.

Positioned in the enchanting hills of Chianti in Tuscany, the wine estate of Castello di Meleto stretches for about 1.000 hectares, 150 hectares of which are vineyards planted mainly with selected clones of Sangiovese,Vermentino, Trebbiano, Malvasia Nera, Malvasia Bianca and Merlot. The Vigna Casi Chianti Classico Riserva 2015 and Meleto Chianti Classico 2016 that recently received 92 points from Wine Spectator magazine as “Smart Buys” are just a couple of their excellent representations of Chianti Classico. Their Camboi Toscana Rosso IGT 2014 made with 100% Malvasia Nera is a very particular addition to their line of production. 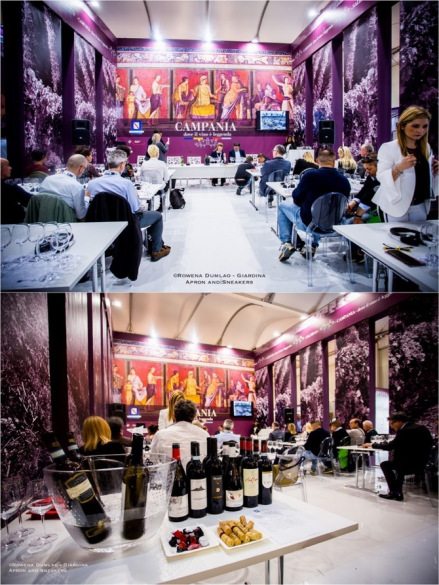 From Valdobbiadene, one of Italy’s principal sparkling wine producing areas, a family-owned winery Mongarda brings to their bottles the true essence of the steep slopes on which the grapes of Glera, Bianchetta, Perera and Verdiso ripen, the very unique varieties that contribute to the production of Conegliano Valdobbiadene Prosecco Superiore. The wines are unique and decidedly personal, which in the glass express vivacity, freshness, potential longevity and extreme naturalness.

The region of Basilicata cannot equal the number of production as its counterparts but with regards to quality, it can parallel them. Basilisco bottles up the richness of the territory and grapes of Basilicata. Their Fontanelle 2013 of 100% Aglianico, cultivated from 15-year old vines in a single vineyard is an impressive harmonious wine with an ample nose and palate most especially plum confetture, mature dark stone fruits, smokiness and licorice.

Whereas in Sicily, Cambria, a wine producer located on the hills of Furnaria is focusing on the production of wines based on Nocera, an almost forgotten ancient autochthonous grape with marked acidity, high grade of alcohol, good structure and dark fruit flavors. At Vinitaly, they introduced 6 epic wines using the unique varietal Nocera.

Everyone is a fan of Brunello di Montalcino DOCG and at the estate of Tenute Silvio Nardi, the Sangiovese grapes that are cultivated in two of their vineyards give excellent results in the bottles. Their Brunellos have won a range of international awards. Manachiara, exposed to the east, where the sun rises, gives full-bodied and powerful wines whereas Casale del Bosco, exposed to the west, where the sun sets, offers elegant and complex wines.

Already present in 70 countries, the Tuscan winery Carpineto has been creating excellent wines since the 1960s. With cutting-edge technology, aiming for a high standard in wines, and respect for the Tuscan tradition, Carpineto hit the right spot with their wines, especially the aged reds, with numerous awards and accolades. Watch out for their DOCG wines: the Chianti Classico Riserva DOCG, Brunello di Montalcino DOCG and Vino Nobile di Montepulciano Riserva DOCG

Still in Tuscany, Gagliole cultivates olives and grapes in their 20-hectare land in Castellina in Chianti for their production of oil and wine. Harvesting by hand, thorough quality selection of the grapes, along with modern technology are the distinctive features of the quality of their wines. The Sangiovese expresses well in their Chianti Classico and other red wines.

Right from where Rome is, the region of Lazio has some wines that merit the attention. The vulcanic soil, typical of the area, gives a prominent sapidity in the wines. Consoli from Olevano Romano has been around from the 1920s and has become a bigger winery from then for their commitment to their territory and passion for quality. Their Alma Mater, deep ruby red wine is made solely of the indigenous grapes, Cesanese. It is their award-winning wine that expresses well the territory with harmonious characteristics.

Colli di Poianis is another family-owned winery owned DOC area of Colli Orientali del Friuli. The microclimate and Eocene marlstone and sandstone soil make ideal conditions for growing their grapes. The white and red wines express excellent characteristics of the grape varieties and the territory. A must-try is their Schioppettino, a red Italian grape variety was almost lost in extinction in the late 19th-century when vineyard owners decided to plant French varieties in favor of the Schioppettino. In 1991, Colli di Poianis won the prestigious Risit d’Aur award for having the first new vineyards of the autochthonous Schioppettino.

In Valdivilla, on the hills of Asti, lies Cà’d’Gal, a winery of four generations with continued family effort in taking out the best of Moscato Bianco and other varieties. Their wines express their full potential in terms of richness of aroma and taste. Their Vite Vecchia Moscato d’Asti which are produced from Moscato Bianco grapes from 60-year old vines. Quite impressive are their reserves that are kept in bottles for 5 years after the harvest.

Going down to the south, in the region of Calabria, in Cirò Marina, Du Cropio produces impressive full-bodied red wines which are made dominantly with the indigenous grape Gaglioppo. They produce three labels with the same grape variety, an Serra Sanguigna IGT Calabria Rosso, Dom Giuva Cirò Rosso Classico Superiore and Damis Cirò Rosso Riserva.

Another Calabrian wine producer is Cantine Lucà, which, until the beginning of the 1990’s was selling grapes, must and vino sfuso or bulk wine. With the proper education and dedication in wines, they evolved to bottling the wines too along with other agricultural activities in the estate, all following the methods of organic agriculture. Their Marasà Rosso of Gaglioppo and Nerello Calabrese is an excellent complex and full-bodied red wine and when paired with their native delicacy ‘nduja, the flavors that come out are outstanding!

La Biòca is a small winery in Fontanafredda in the Langhe zone, Piedmont region of northern Italy. The vineyards are situated in the villages of Monforte d’Alba , Novello, La Morra, Barbaresco and Roddino. They produce traditional wines of the Langhe like Dolcetto, Barbera, Nebbiolo, Arneis and Muscat. What’s interesting is their selection of wines made of rare autochthonous varieties like Favorita, Freisa and Pelaverga as well as several Crus of Barolo and Barbaresco.

Still in Piedmont, in the Langhe and Roero hills, where the Nebbiolo grapes convey their best characteristics and considered one of Italy’s finest reds in the Barolos and Barbarescos, another producer is Casetta Casa Vinicola. This producer has a wide range of white and red wines and the most notable ones that can age beautifully up to ten years is the Roero Arneis for the white and the line of Barolo.