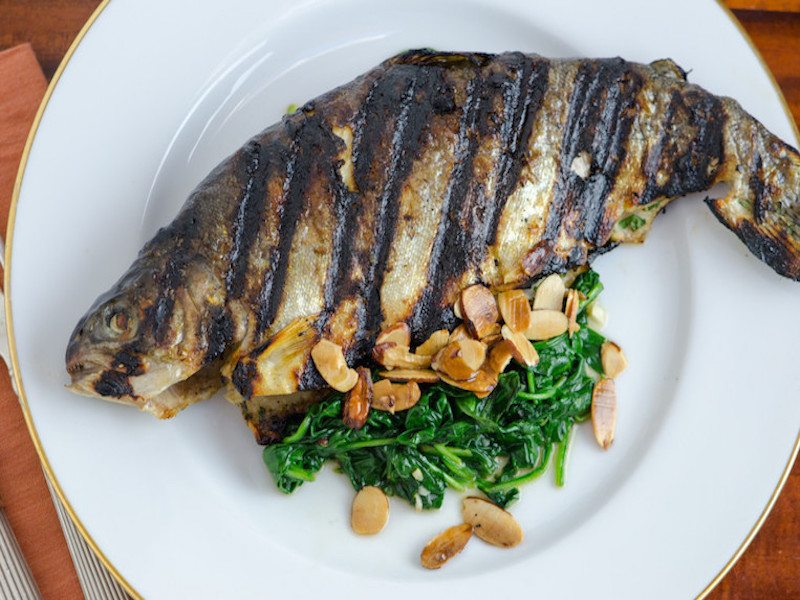 Northeastern Italy is brimming with freshwater lakes and delicious trout. Take a bite out of the local cuisine with a simple fish recipe.

Our cycling and hiking tours this season will pass some of Italy’s lovely lakes. Lake Resia near the Austrian border is best known for the lone bell tower that emerges from its blue-green waters; the last visible remnant of the town of Curon which was submerged when the lake was created. Lake Garda, the largest lake in Italy, is a spectacular destination, a lake cut out of the surrounding scenic hills by glaciers during the last Ice age.

Besides the dramatic scenery that surrounds us as we enjoy a prosecco at a lakeside cafe, these freshwater lakes of Northeastern Italy contribute to the local cuisine as well; they abound with many varieties of trout. In Friuli, trout is found in both the rivers and in lakes near San Daniele and Venzone. In Trentino, there are approximately 70 trout farms along the Avisio, Brenta, Chiese and Sarca rivers. In the northern Veneto region, they are found along the Astico river. The first trout farm in this area was established in Val Rendena in 1902. There are several different trout species found in these regions; most common these days are rainbow trout, which were actually brought here from North America. Also present are lake trout, brook trout, and the marbled trout.

So amongst the standard dishes typical of the mountain cuisine we see in these regions; goulash, canederli, pasta with mushrooms, we also find wonderfully simple, lighter dishes featuring fresh trout. Here’s a recipe I translated from a recipe book featuring the cuisine of Sudtirol. You can grill it, or pan fry, and season with your favorite fresh herbs.

The cookbook recommended pairing this with Nals Margreid Sirmian Pinot Bianco. I agree – a wonderful wine to enjoy with this. 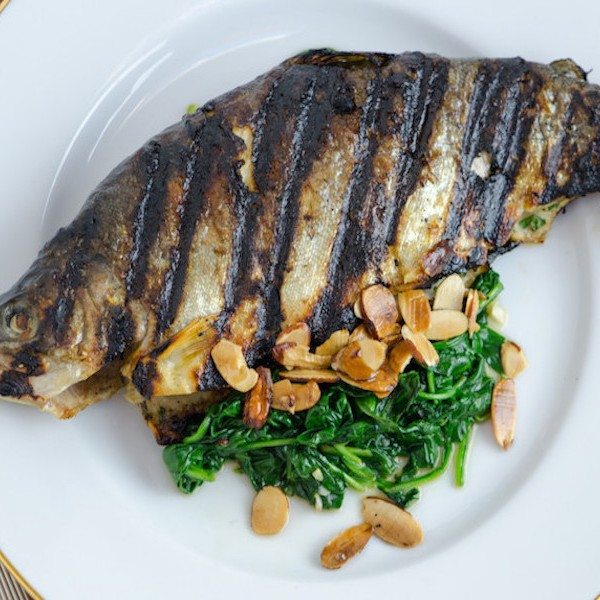