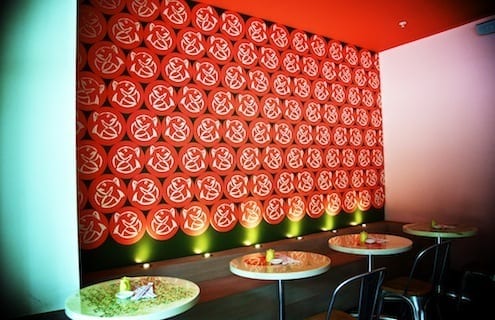 A Vegan Answer to Hollandaise Sauce

Temaris is a new sushi establishment that opened this past March that is making waves in the neighborhood of Brickell in Miami by introducing an ancient Japanese technique using modern thinking.
By Brenda Benoit

So what is different about Temaris? The restaurant is named after temari sushi, which are pretty little balls of sushi that consist of bite sized rice balls layered with a protein and other toppings which create significant, full flavor.

This is a small and lively open space restaurant that offers over-the-counter ordering which is then delivered to the table really fast.

We had to try the temaris first of course as none of us had had “balls of sushi” before.

Tokyo Temaris was made of white rice, tobiko, a special sauce and sprinkled with almonds. These tasty morsels were simply fantastic, with the individual layers of flavors and textures clearly distinctive from each other but at the same time delivering an amalgamation of tastes that was unmistakably unique. The best part was just being able to pop them in the mouth in one go and not having to even use chopsticks to enjoy.

The Hot and Crispy Temari were spheres of crunchy rice that can be ordered with a choice of tuna or salmon, topped with a hint of habanero and another “special sauce”. The combination of flavors was crazy-good and out-of-this-world wonderful.

Offerings not only include temaris: also featured are “towers” and the ubiquitous sushi rolls found in most Japanese inspired eateries.

The Seafood Ceviche Tower was made of chopped seafood marinated with fresh lemon, cilantro, red onion, yellow chili sauce and served with corn and sweet potato on the side. This dish was Peruvian inspired and even though it had great flavor, it was my least favorite. There were leftovers, which my daughter tasted and loved so much that she inhaled it in less than two minutes. Goes to show that ultimately what one enjoys is a matter of personal taste.

Tuna Tartare was chopped tuna, avocado, scallion and a semi-sweet and spicy sauce served with chips. This dish was a little slice of heaven with an exceptional flavor that was almost transcendental and mystical.

La Gitana Roll contained some unusual flavors for a Japanese roll: grilled beef, avocado and asparagus. This dish was very good but difficult to eat in a ladylike fashion after savoring the temaris – the balls were missed already!

What to say about the Chirasi Bowl? It had tuna, salmon and octopus mixed with vegetables and brown rice. This was a genius of a dish, substantial and hearty; a complete mini-banquet in a bowl.

Alexander Perroni is Temari’s founder and owner. Born in Venezuela, he travelled to Miami with almost nothing and eventually decided to create Temaris. While working as a busboy at Mr. Yum restaurant, Alex observed that the traditional sushi roll had become too bulky and hard to eat. He then decided to research other techniques and stumbled upon the art of temari making.

Perroni teamed up with Salvador Sacasa to open Temaris and bring Japanese food lovers user-friendly portions of sushi that were easy and fun to eat. His Chef, Jose Gamez, creates dishes that have elements from many different culinary cultures including Japanese and Peruvian. He insists on fresh ingredients accented by innovative seasonings.

Mr. Perroni believes in the power of social media and has used it to create and expand his business. He also is a true advocate for contributing and giving back to the community by donating a portion of his profits to causes like cancer and education.

It will be hard to think of sushi without envisioning the convenience of “the ball”. It will be cool to see if temaris blossom in Miami. I certainly hope so as these round and tasty mouthfuls offer nothing but joy. Temaris also offers an extensive selection of Japanese beers and sake and is a must-try if you want to indulge in a sushi-adventure in a welcoming and colorful setting. 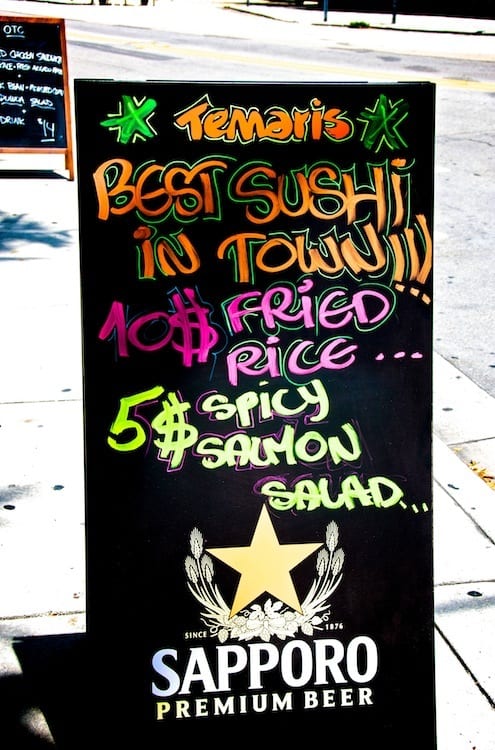