In Macau, Ambra Meda tries out a Chinese take on something that has a slight resemblance to gelato.
By Ambra Meda

Last time I dined at Wing Lei, I remember seeing something gelato-related on the menu. Some kind of chilled dessert reinterpreted in compliance to Macau‘s confectionary tradition. As I walk in, Betty Hu, the restaurant manager, welcomes me with a smile. “Gelato…?” she mumbles, “I am not sure… Is it a French dessert?” “No,’ I reply, “it’s Italian”. I should have just called it ‘ice cream‘.

The idea is hard to get used to. It’s as if I’m calling lemon an orange, and I feel abashed, like when I hear the word ‘noodles’ referred to as ‘spaghetti’.

Outside of Italy though I shouldn’t be that subtle about the terminology: ‘Ice cream’ might not be the correct translation of ‘gelato’, but at least it avoids misunderstandings. “Sorry, I meant ice cream” I clarify. “Oh, yes! We have several items on the menu. Would you like to take a seat and let me show you?” “Sure”, I answer, happy to return in the magical atmosphere of this upscale Cantonese restaurant.
“This is our chef’s version of an iced pudding”, Betty says handing me a light purple, thick mousse, covered with ice flakes and pearls of raw brown sugar. “It’s a chilled taro soup with rock sugar, soaked in a special kind of Chinese wine. While usually they come from the fermentation of rice, this one is made with fermented osmanthus, a flowering plant widely used in our cuisine”. 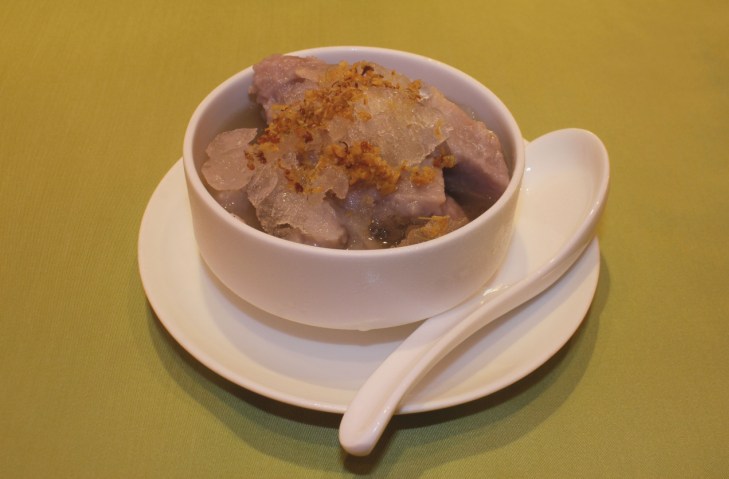 I dip my ceramic spoon into it. The taro (a tropical root vegetable that represent a staple in the Asian diet) is boiled to a soft yet firm consistency. On my first mouthful, I capture a whole rainbow of flavors: the delicacy of the saccharine corm, whose taste recalls a sweet potato; the crunchy, refreshing bite of the shaved ice and the sugar crystals; and the perfumed honeyedness of the Chinese wine, that provides a perfect touch of moisture to the taro’s starchy texture. 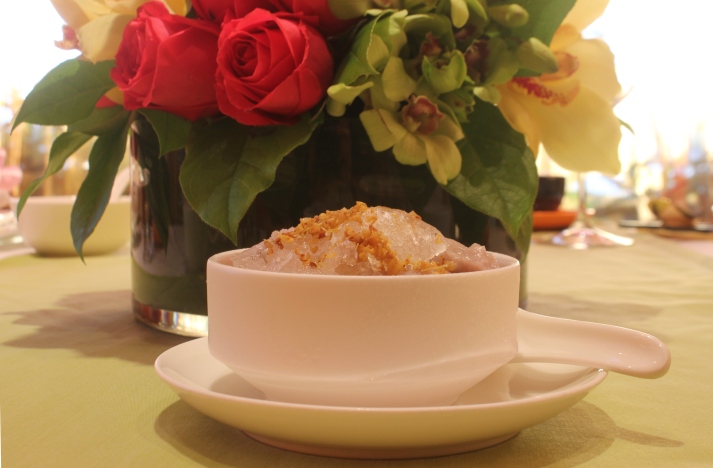 Savoring this treat, delicious and well proportioned, is like traveling on a time machine. One goes back to the China of 3,000 b.C., home to the ancestor of gelato, made from shaved ice or mountain snow flavored with fruit, wine and honey. The prototype of ice cream, in fact, was cooked using rock salt to increase the hardness of the dessert, and without any milk or cream. The earliest records of dairy based gelato, are from the Tang period in China A.D. 618-907.
I finish the whole cup, careful not to leave any scraps. It’s definitely not gelato, but, as Betty says, “a cream with ice”. 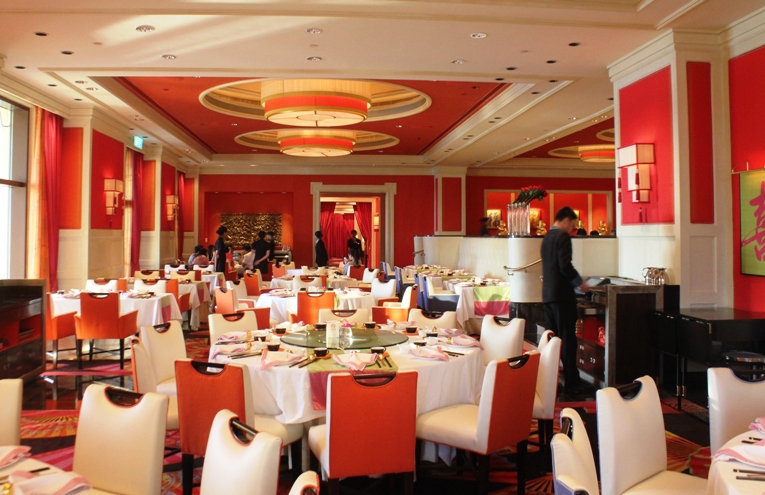