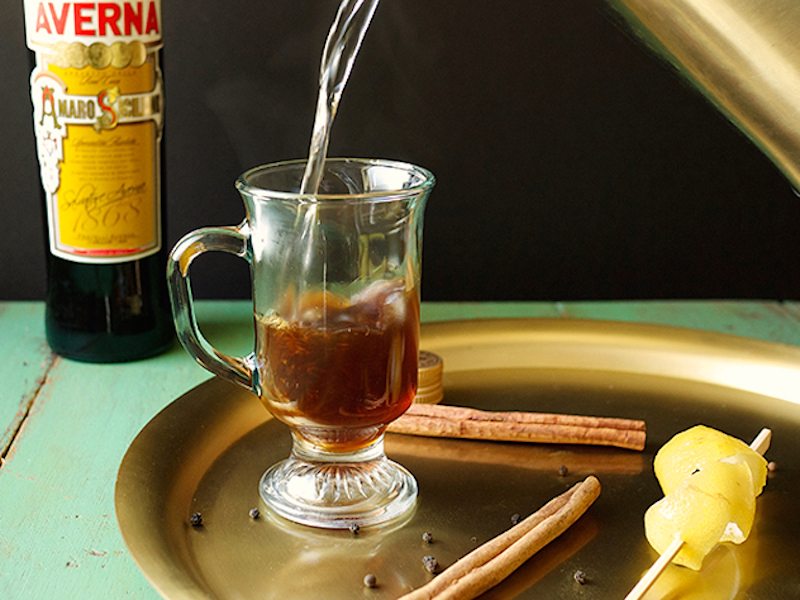 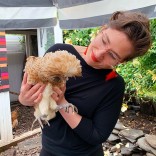 Try this toddy made with a warm amaro and a spiced deep, dark brown syrup steeped with peppercorns and cinnamon. 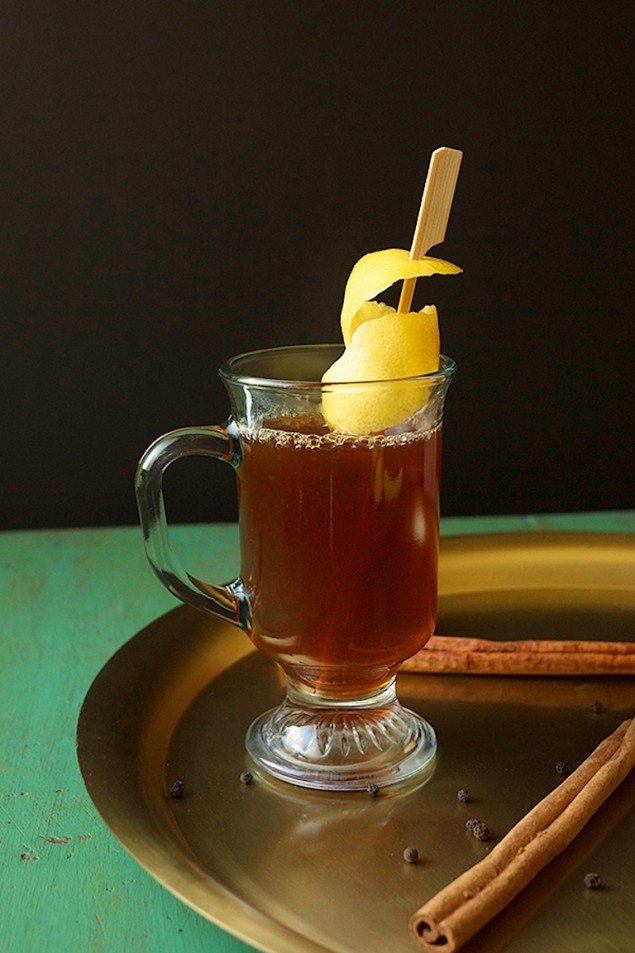 This winter season you’re going to drink some hot cocktails (unless you’re in the Southern Hemisphere where you got another 6 months for that. Unless you like hot drinks in hot months. Hey, I drink iced coffee all year round now.) and more than likely a lot of them will have the same old familiar base. While whiskey is always a good partner, or even some nice aged rum, today I turn to a maybe an unlikely addition: Averna.

Now that I’ve had it warmed up, I can’t believe it took me so long to do it! I kept struggling with how I’d make hot whiskey interesting…until I nixed the whiskey altogether. Then what you get is a flavorful hot toddy that’s low on the ABV and the perfect beverage you can start offering with brunch all the way up through dinner. I like a cocktail that has that much potential.

Now you know I can’t leave good enough alone, and I always give you a bit of homework on here in order to make some of these drinks, so it should come as no surprise that I’m requiring a deep, dark brown sugar syrup steeped with peppercorns and cinnamon to accompany this toddy. As much as I like Averna, adding this syrup in there gives it so much flavor, and it kinda comes out tasting like a spicy tea (without the tea).

So curl up alongside a fire with a good cocktail book and one of these Averna Toddies this winter. And save the whiskey for something else. 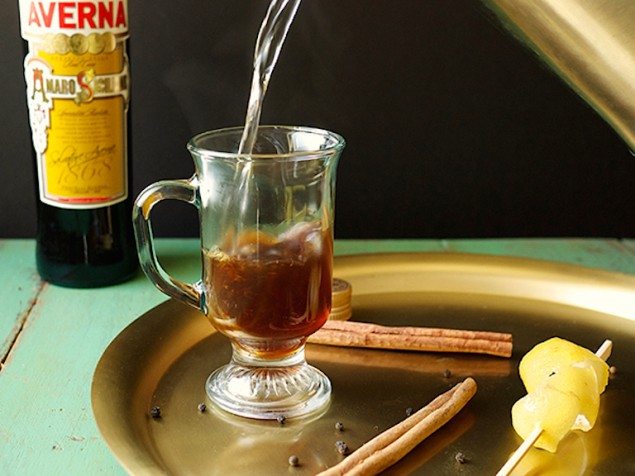 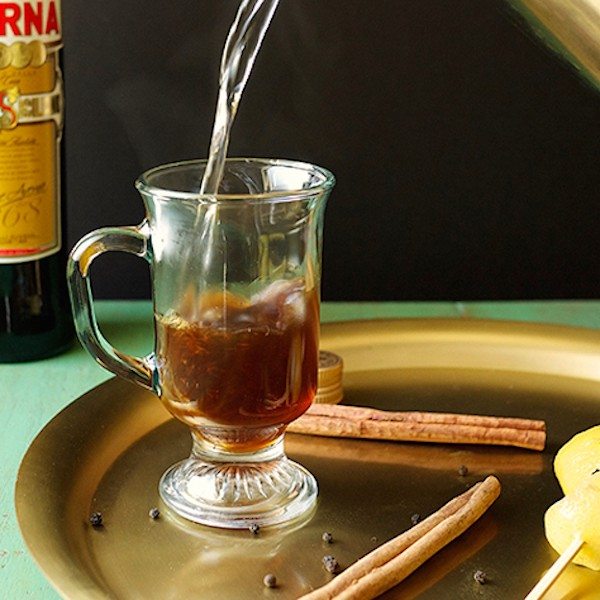 For the Spiced Syrup:

For the Spiced Syrup: